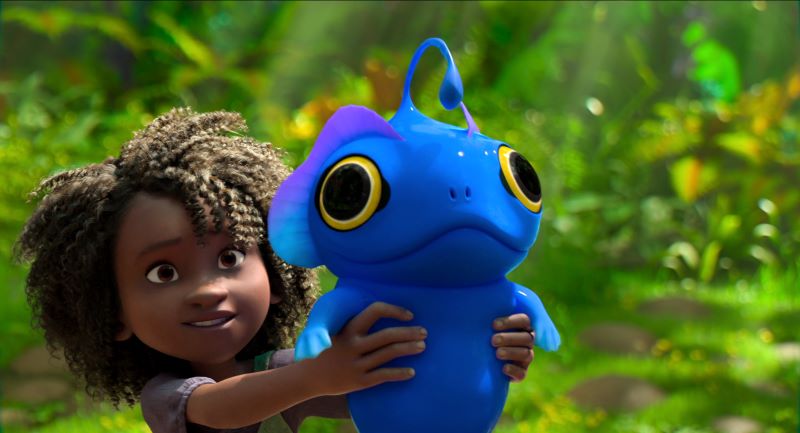 Academy Award-winning director Chris Williams is no stranger to the sea. He was one of the co-directors of Walt Disney Animation Studios’ “Moana.” Now he’s taking his nautical storytelling talents to Netflix, where he’s about to set sail for an all-new adventure called “The Sea Beast.” So as a part of their Geeked Week celebration, Netflix has released a new trailer for the upcoming animated film, which finds the legendary Jacob Holland (Karl Urban) and stowaway Maisie Brumble (Zaris-Angel Hator) embarking on an adventure into the great unknown, where they are abound to meat friendly and fearsome sea creatures.

Aside from the various sea creatures that roam the uncharted waters, the film is also a reflection of the world that we live in today. And we see that through the relationship that Jacob and Maisie share. And not only is it wonderful to see the diversity in their dynamic, but the animated film also sees diverse color of skin tones within the ship crew. There’s even a fearless woman of color captain that’s teased in the trailer.

The opportunity to see such rich diversity in an animated period piece is a welcome change.

Here’s the official plot synopsis for “The Sea Beast:”

In an era when terrifying beasts roamed the seas, monster hunters were celebrated heroes – and none were more beloved than the great Jacob Holland. But when young Maisie Brumble stows away on his fabled ship, he’ saddled with an unexpected ally. Together they embark on an epic journey into uncharted waters and make history. From Academy Award winning filmmaker Chris Williams (Moana, Big Hero Six, Bolt), The Sea Beast takes us to where the map ends, and the true adventure begins.

Written by Williams and Nell Benjamin, “The Sea Beast” sets sail for a July 8, 2022 release exclusively on Netflix.