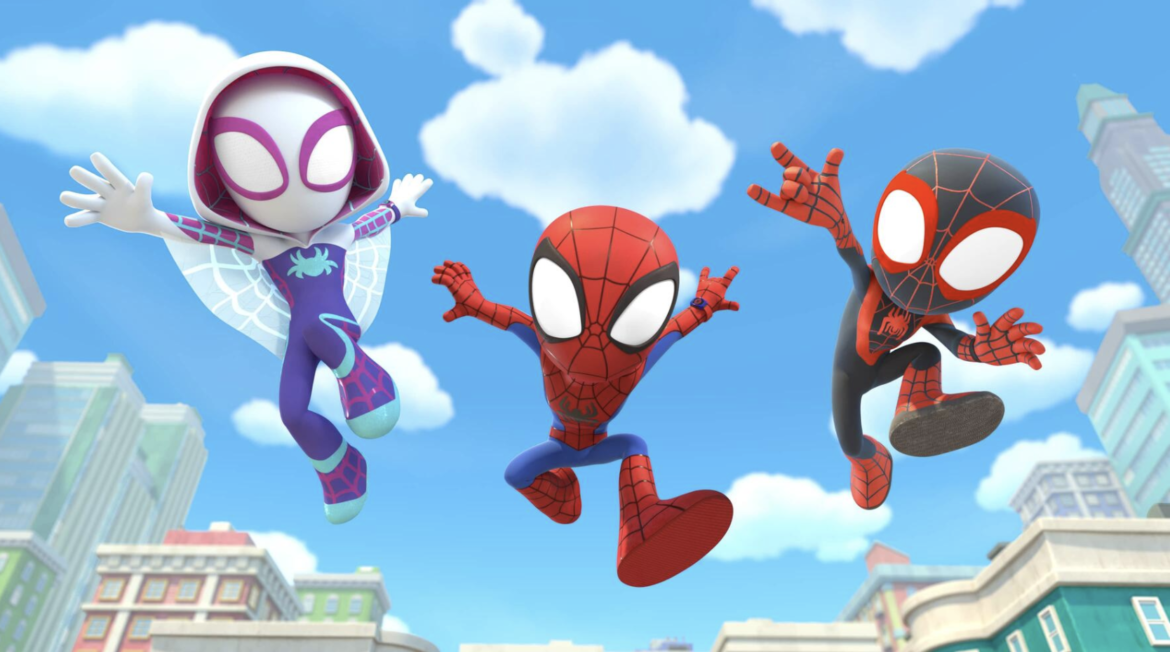 “Marvel’s Spidey and his Amazing Friends” is a new twist on the classic animated show as it replaces Iceman and Firestar with Miles Morales and Gwen Stacy, both of whom also share similar Spider-powers to the titular hero. Tonally, it is the same as well, as it is a kid-friendly show that teaches preschoolers lessons about teamwork, helping others, and problem-solving. This is a great series to watch for any Spider-Man fan who may be a bit too young to watch some of the more mature animated series and film franchises.

And for those that do not have cable or a Disney+ account, the series is available to own on DVD. It features the voices Benjamin Valic as Peter Parker; Lily Sanfelippo as Gwen Stacy; Jakari Fraser as Miles Morales; Dee Bradley Baker as TRACE-E; JP Karliak as Green Goblin; Melanie Minichino as Aunt May; Justin Shenkarow as Rhino; Kelly Ohanian as Doc Ock; Sandra Saad as Ms. Marvel; Tru Valentino as Black Panther

“Marvel’s Spidey and his Amazing Friends” follows the adventures of Peter Parker, Gwen Stacy and Miles Morales as they team up with Hulk, Ms. Marvel and Black Panther to defeat foes like Rhino, Doc Ock and Green Goblin and learn that teamwork is the best way to save the day. Geared towards preschoolers and their families, the Spidey Team models the importance of helping others and highlights themes of friendship, cooperation and problem-solving.

Below is a list of the episode titles and bonus features that come with the “Marvel’s Spidey and his Amazing Friends” DVD.

Spidey to the Power of Three

Attack of the Green Giggles

Bug in the System

ONE (1) ThatsITLA winners will receive a Spidey and His Amazing Friends DVD!

The Giveaway ends December 23, 2021. The winner will be announced on December 24 and will be randomly selected from comments.