Top Posts
LUCK Has Plenty of Heart and Likable Characters
Jenny Slate Talks “Marcel The Shell With Shoes...
TRON Night On The Grid Panel At The...
Bullet Train: No Holds Bar Funny Action-Filled Bloodbath
Go on a “Journey Into Storytelling” at The...
Home entertainment The Lost City Trailer Stars Sandra Bullock and Channing Tatum
entertainmentNew 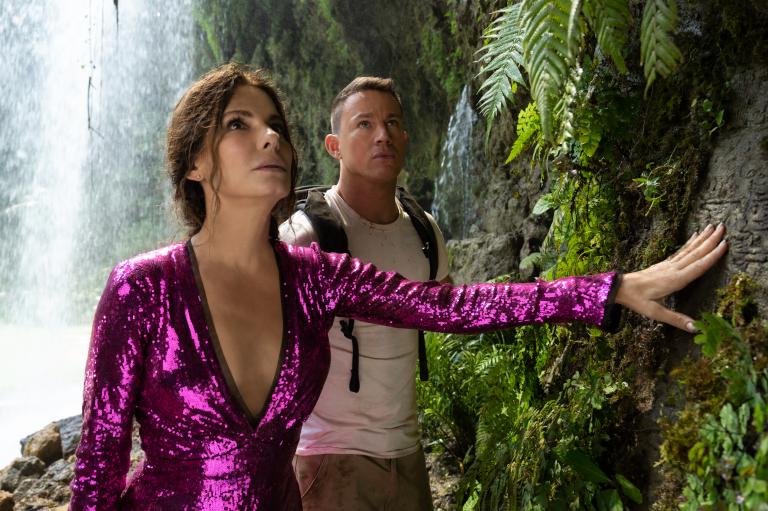 “The Lost City” sees Sandra Bullock and Channing Tatum as a romance novelist and the world’s sexist cover model, respectively, looking for adventure in all the wrong places. Paramount Pictures has released the first trailer for the upcoming film that features the unlikely pairing of two characters stuck in a situation that feels it comes straight from those romance novels, and yet, the adventure and danger itself is very real when an eccentric billionaire (Daniel Radcliffe) believes that one of those published books holds the key to finding the treasures hidden in the elusive “lost city.” 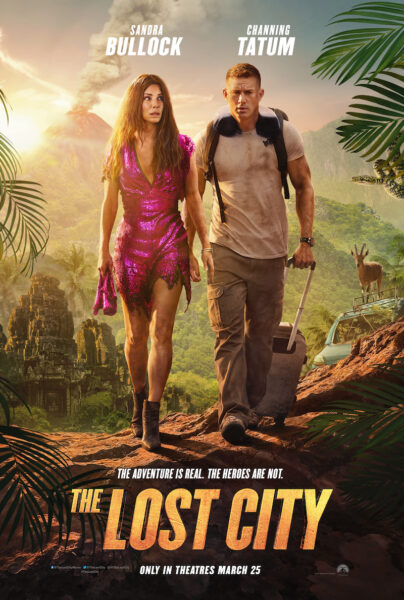 While “The Lost City” trailer has a few recognizable leads, it also contains a few worthwhile surprises as well. And one has to wonder if they are already revealing so much, is there going to be any more in the actual film itself. That being said, a lot of the film seems to hinge on the polarizing chemistry between Bullock and Tatum’s characters, both of whom are clearly out of their comfort zone when the reclusive writer and finely chiseled cover model are pulled into this wild adventure that is full of all kinds of explosive danger and comedic mishaps.

And we get a small sample of that chemistry as both Bullock and Tatum try to create anticipation for the trailer reveal, only to have it ruined by Radcliffe who does a lot more than spoil the fun.

Here’s the official plot synopsis for “The Lost City:”

Brilliant, but reclusive author Loretta Sage (Sandra Bullock) has spent her career writing about exotic places in her popular romance-adventure novels featuring handsome cover model Alan (Channing Tatum), who has dedicated his life to embodying the hero character, “Dash.” While on tour promoting her new book with Alan, Loretta is kidnapped by an eccentric billionaire (Daniel Radcliffe) who hopes that she can lead him to the ancient lost city’s treasure from her latest story. Wanting to prove that he can be a hero in real life and not just on the pages of her books, Alan sets off to rescue her. Thrust into an epic jungle adventure, the unlikely pair will need to work together to survive the elements and find the ancient treasure before it’s lost forever.

Directed by Adam Nee and Aaron Nee, using a screenplay written by Oren Uziel and Dana Fox and Adam Nee & Aaron Nee based on a story by Seth Gordon, “The Lost City” opens in theaters on March 25, 2022.