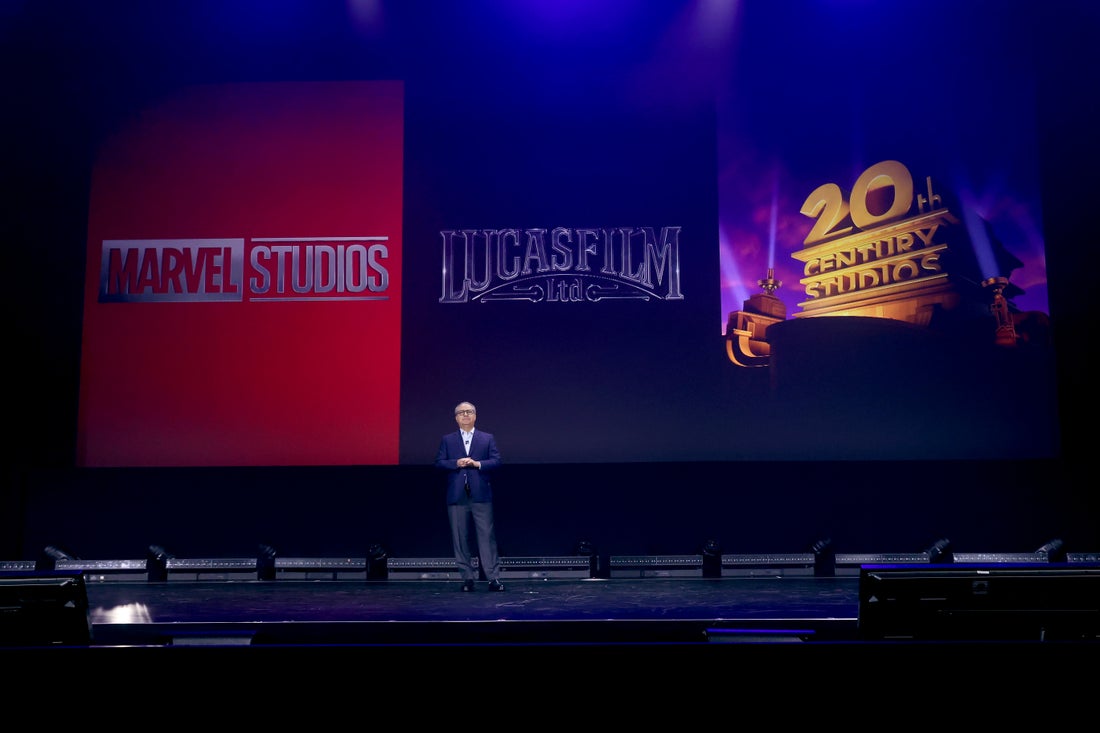 It’s been one hell of a year for Star Wars fans everywhere! The Book of Boba Fett dominated Disney+ streams all of January. Star Wars Celebration revealed some exciting upcoming projects. Obi-Wan Kenobi made his grand return in May. And now, at the D23 Expo this past weekend, fans got a further taste of things to come for the galaxy far, far away, plus a few other epic projects from Lucasfilm.

The annual Anaheim-based convention, officially sanctioned by Disney, was a celebration of the different types of IP possessed by the studio, and the fans possessed by that IP. And on Saturday, there was a mega panel celebrating the upcoming projects from Lucasfilm, Marvel, and 20th Century Studios. And to the pleasure of many fans Kathleen Kennedy and the entire crew absolutely brought it as the first third of this epic showcase.

Kicking off the Lucasfilm portion of the panel was the eagerly anticipated Andor hitting Disney+ September 21st. Kennedy brought out the cast of the show, led by Cassian Andor himself, Diego Luna. “It’s about the awakening of a revolutionary,” Luna said of the project. “It’s about someone finding out that there’s a purpose, and that there’s something to fight for.” They showed a new trailer for the show, which takes place 5 years before the events of Rogue One, and gave us a better glimpse of the trials and challenges our hero will have to face as he’s recruited by the Rebel Alliance to position himself as a leader in the fight against the empire.

Shortly after Andor, Kennedy brought out Warwick Davis and the ensemble of Willow, the upcoming sequel series to the original 1988 fantasy film. The cast took to the stage to announce that joining them would be Christian Slater, as a close ally of Val Kilmer’s character from the film, Mad Martigan. They showed an incredibly epic trailer filled with magic, danger, and familiar faces. In a resurgence of notable fantasy series, like House of the Dragon and Rings of Power, Willow looks like it’s going to make an incredibly notable stamp on the genre.

Kennedy then brought out who fans have dubbed, “The Walking Encyclopedia”: Dave Filoni. The mastermind who created Clone Wars and Rebels, and co-created The Mandalorian came out for an extended co-hosting gig to cover several projects he’s working on for Lucasfilm. He started with The Bad Batch Season 2, which he announced would be debuting January 4th, 2023. He then discussed a new miniseries called Tales of the Jedi which would explore the origins of characters like Ahsoka Tano, Qui-Gon Jinn, and Count Dooku.

Filoni then switched gears to talk about live action, bringing out his creative partner, Jon Favreau. They first tackled Ahsoka which is expected to come out on Disney+ in 2023. They revealed a few images of Rosario Dawson in full makeup and costumes, and a screenshot of her with Natasha Liu Bordizzo as Sabine Wren staring up at a familiar looking mural from Rebels.

Favreau and Filoni then brought out Spider-Man: No Way Home director Jon Watts to discuss a new series set in the Mando-timeline called Skeleton Crew. The team brought out the star of the show, Jude Law to discuss what it’s about. It will be centering on a group of kids lost in the galaxy and trying to make their way through it. It feels like Star Wars meets Stranger Things.

Then came the meat of the Mando-verse – The Mandalorian Season 3! Favreau and Filoni brought out the entire cast: Katee Sackhoff, Emily Swallow, Amy Sedaris, Giancarlo Esposito, and of course, Pedro Pascal! After speaking about their characters and where the season is going, the crew debuted a new look at the new season, which was similar to that which was shown at Star Wars Celebration. It gave a few glimpses of Mando’s journey to reclaim his standing as a Mandalorian, and showed glimpses of Bo Katan kicking butt, a Babu Frick-like engineer, a tree of Kowakian Monkey Lizards, and a whole mess of Grogu.

The panel finally concluded with the only theatrical offering from Lucasfilm so far, the fifth Indiana Jones film. Though still without a title, Kennedy and director James Mangold (Logan, Ford V Ferrari) managed to debut the first ever footage for the film. The clip, almost an extended trailer, began with the voice over of an aging Sallah (franchise mainstay Jonathan Rhys-Davies) speaking to Indy about age and mortality. It’s quickly followed by several action sequences including our first glimpses at Phoebe Waller-Bridge’s character Helena, and Mads Mikkelson as well. There’s a terrific motorcycle sequence during a ticker-tape parade, and the trailer concluded with Indy being a badass with his whip in a room full of gangsters, before everyone pulls out guns and he has to run! It was exciting and arguably the biggest debut of the entire panel.

However the surprises didn’t stop there, as screen legend, Harrison Ford and new legend Phoebe Waller Bridge took to the stage to a standing ovation from the fans. Ford got incredibly emotional given the outpouring of love and attention, as he spoke about this being the final ride as the legendary adventurer. “This one is fantastic!” he declared. “We have a really human story to tell. And a movie that is going to kick your ass! And I’m delighted to stand here with you today. Maybe for the last-“ he paused. Then joked, “No! This is it! I’m not falling down for you again!” But it was all said with love.

And that essentially represents the embodiment of what this presentation brought to an entire hall of over 7K fans: a sense of love. Love for franchises and movie magic that have brought people together more than it has divided it for several decades. Love for the stars that have put their souls into the characters that have changed the way generations of fans have defined heroism for years. And love for the creators who made films about aliens, wizards, and quests for supernatural artifacts true works  of art and cinema that have shaped the landscape of storytelling for the future. The Lucasfilm panel absolutely delivered, and the only thing brighter than the smiles on the satisfied faces of those 7K fans is the bright future that lies ahead for the studio that long ago brought us to a galaxy far, far away.