Can you tell me how to get to Sesame Street? As a youngster, I would sing-along whenever the iconic Sesame Street theme song opened and closed the award-winning PBS show.   Every Saturday thereafter, beginning at 9 a.m., a new episode will air: followed by a repeat episode at 9:30 a.m. Daily at 8 a.m., HBO Family will air new and past seasons, while five years of past episodes will be available on HBO NOW and HBO GO. In addition, episodes of Season 46 will also be available on HBO On Demand. PBS will air the new season in the fall. Season 46 of Sesame Street kicks off with a bang, and reveals the show’s complete makeover. For the first time ever, Sesame Street is switching to smaller, engaging 30-minute episodes.

In the brand new segment, “Smart Cookies,” Cookie Monster, his Smart Cookie car, and team of cookie sleuths battle “The Crumb,” a dastardly villain. The Crumb is bent on creating chaos for Cookie Monster unless everyone practices self-control and critical thinking. Applicable life lessons on bedtime, boo-boos, and animals have also been incorporated into the show’s format. Each segment ties-in to the day’s episode, providing a more cohesive preschool learning experience. Familiar faces like Elmo, The Count, Big Bird, and Abby help “Nina,” the newest neighbor on Sesame Street feel at-home.

Nina, played by Suki Lopez, is a young, bilingual, Hispanic woman who as a tinkerer works both at the laundromat and bike store. Known for her wit and charming curiosity, Nina possesses a knack for problem-solving, which proves a commodity for Elmo and the gang’s constant dilemmas. As I mentioned, the set has underwent a bit of renovation, which reflects a more vibrant and colorful appeal. Many of the characters have also moved into new homes! For instance, Elmo now lives in the 123 Sesame Street brownstone. His bedroom includes colorful cubbies and his crayon artwork. Big Bird has a new nest, and Cookie Monster now lives above Hooper’s Store. 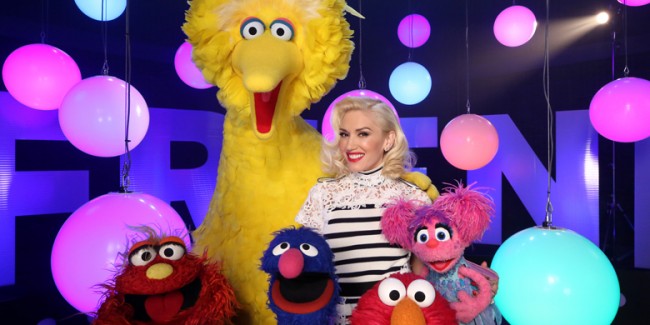