On the surface, “Soul” may look like another one of those colorful animated films that appeal to a much younger audience. But has Pixar has proven before, there is more to it than that. Beneath that lies a story that is rich and complex, perhaps too ambitious for its own good. And yet, it is consistent with the studio’s legacy of bringing us the kind of stories that asks us what it means to be human.

In true Pixar fashion, “Soul” is a multilayered animated feature that is as ambitious in its storytelling as it is stunningly – both in its animation and its music – entertaining. Though Pete Docter’s latest directorial effort is not nearly as strong in its execution as Inside Out, “Soul” is a jazzy and cosmic exploration of the human condition that, at times, can be a bit messy. Still, it is the kind of film that isn’t condescending to its audience, no matter the age, as it offers them something to think about on a grand scale while also making us laugh, cry, and tap our feet to some fantastic music that’s beautifully crafted by Trent Reznor and Atticus Ross, and terrific jazz arrangements from Jon Batiste.

“Soul” takes place in modern-day New York City, where a middle-aged Joe Gardner (Jamie Foxx) is working unhappily as a high school music teacher. While the job provides him financial security and healthcare, it’s not something that he wants to do in life. Passionate about the art of music, Joe awaits the day where he can play with the greats. And that day comes when a former student tells him that one of his idols is looking for a fourth person to play in a quartet. Overjoyed by the news, Joe races the audition. Though he is nervous, Joe lands the audition and is so overcome with excitement that he is oblivious to all the surrounding deadly hazards like falling debris, oncoming traffic, and banana peels. But the one thing that does kill him is falling down an open manhole.

This death plunges Joe’s soul to a place beyond human comprehension but similar to something that looks straight out of Stanley Kubrick’s “2001: A Space Odyssey.” This great cosmic plane is a slow-moving escalator moving towards a blank white space, which is perceived to be the afterlife. But it is not quite that. And Joe’s inability to accept death takes him to unexpected places like “The Great Before,” a place where souls are crafted and then given to the newborns on earth. There, he is mistaken for a mentor, a soul whose life was so impactful they are deemed necessary because they can impart wisdom on new souls. Think of it as souls like Abraham Lincoln, Mother Teresa, and Muhammad Ali. So Joe takes this mistake in identity as a chance. The only thing is, being a mentor won’t be easy, especially if the soul he needs to mentor is someone like 22 (Tina Fey), a rather old soul who doesn’t see the appeal of being human.

However, once they realize that their goals align, they help each other figure out a way where 22 can stay in the great before while Joe returns home. But that comes with a few hiccups as well, as they find themselves in a precarious situation.

Docter is no stranger to telling human stories or addressing themes of existentialism in his films. “Inside Out” is a perfect example of that took on the idea of what we are all thinking and what we like to think other people are thinking. For “Soul,” it ambitiously takes on a concept of who we all are, our dreams, and the legacies that we leave behind. However, it can be a bit convoluted to see how Joe and 22 make it from point a to point b. Their journey takes them to all sorts of unexpected places where they will slowly discover more about themselves and life. The film beautifully and hysterically renders what it is like to be deeply invested in your passion through images of being lost in it. For Joe, we see how the calming blue hues and warm jazz music collide together to create a visual representation of that beauty. But it also addresses the consequences of being absorbed by those passions to a point where you are completely ignorant of other people, their feelings, and life itself.

Sure, “Soul” attempts to address larger themes, some of which may be beyond its capacity because it tries to tell too many stories at once. But at the core of it all, are is something very human. The film, which Kemp Powers co-wrote, brings in a grounded aspect through Black representation. The film says that jazz is Black improvisational music. Additionally, there are scenes in the film that are culturally specific. It’s hard to remember an animated film, let alone a Pixar feature, that gave audiences a scene that was an honest and heartfelt reflection of a slice of society and culture.

As much as “Soul” tries to take on all of these stories within its runtime, it doesn’t pretend to have all the answers. While the body-swap may be a convenient narrative vehicle for both Joe and 22, it is something that is humorous and allows to see them to see the world through each other’s eyes. As a therapy cat, Joe shows all of the joys and wonders of what it is like to be human. For 22, who is in Joe’s body, can see she has a lot to offer if she were to be a human. Not just through the things like enjoying a slice of New York pizza, but through the various interactions and relationships, Joe has made in his life. And both realize that there are no simple answers as to what drives us or what we have to sacrifice to achieve a life-long dream. But at least it offers us the kind of soulful answer that is whimsy and fun. 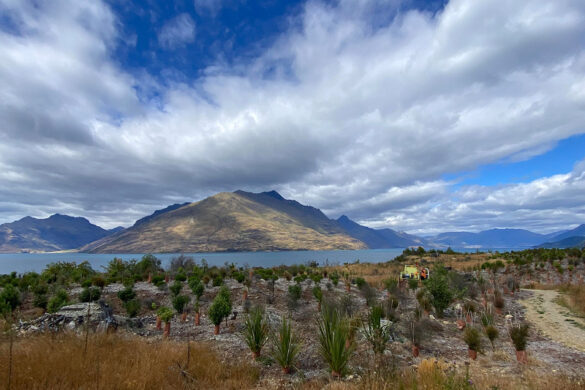