Knights in shining armor are supposed to be the picture of chivalrous men defending king and country while also rescuing damsels in distress. But Ridley Scott’s “The Last Duel,” using a script written by Ben Affleck, Matt Damon, and Nicole Holofcener, is a harsh critique on those ideals as it explores the ubiquitous power of misogyny during the height of the Hundred Year War of the 14th Century. As such, it reveals how little has changed in the efforts to give justice to the women who have been wronged in the 800 years since then.

Based on Eric Jager’s 2004 book, “The Last Duel: A True Story of Crime, Scandal, and Trial by Combat in Medieval France,” this medieval epic is a story of betrayal and vengeance between two friends turned bitter rivals, Jean de Carrouges (Matt Damon) and Jacques Le Gris (Adam Driver). Carrouges is a respected knight from Normandy, born of nobility, and known for his bravery and skill on the battlefield, while Le Gris (Adam Driver), the son of a Norman squire, is a courtier whose intelligence and eloquence make him one of the most admired nobles in the court. Then there’s Marguerite (Jodie Comer), the beautiful, smart, and strong-willed daughter of a nobleman with a sizable dowry.

Carrouges and Le Gris’ relationship sours over a property dispute, and the class status for the lowly Le Gris rises over Carrouges. The two go their separate ways, with Carrouges marrying Marguerite, and Le Gris gaining more favor of Count Pierre d’Alençon (Ben Affleck), the

To avoid the constant back and forth portrayal of he said she said, the script takes a Rashomon approach by visualizing these stories from three distinct perspectives. While they all provide us a story from their point of view, the commonalities within them reveal the instabilities of institutional powers of the church and nobility that governed the land. It also comments on the objectivity and treatment of women, who are not equal to men despite their intelligence and talents.

Each chapter is a specific “Truth” from Carrogues, Le Gris, and Marguerite’s perspectives. Though various overlaps bridge some of the gaps within the differing testimonies, it’s a necessary storytelling tool used to provide the information to help give us the insight needed to understand what these characters are going through.

For instance, the opening chapter reveals Carrogue to be a reckless and impetuous squire who rushes into the heat of battle in the name of king and country. He is also a cold and distant lover obsessed with honoring the family name and obtaining the estates he is rightfully owed when he marries Marguerite. And his anger is only matched by his ego. But, of course, since this chapter is from his perspective, we see how he prides himself in being the hero or a chivalrous man. And because the film takes place from three different perspectives, we get to see three different kinds of performances.

As the film moves forward, it turns its attention to Le Gris, a lesser squire who is a bit more level-headed than his combatively superior friend, Carrogues. Ever so impressionable, Le Gris is easily influenced by the likes of the arrogant playboy Count Pierre d’Alençon, who often is the life of the party and likes to engage in lecherous acts, especially when it is with those who he considers a close confidant. Their relationship further develops when D’Alencon makes Le Gris an accountant tasked with collecting taxes from everyone, including Corrogues, who is drowning in debt.

But when Carrogues takes off for war, Le Gris uses that absence to assault Marguerite viciously. And since the chapter is from his point of view, he never sees himself as the criminal. Instead, it pictures him as some squire who is unable to tell right from wrong. And the image of Le Gris shifts from chapter to chapter, making Driver’s performance all the more compelling.

Finally, there’s Comer, the one who helps bring “The Last Duel” together with the revelation of her “Truth.” Though she is objectified in the first two chapters, Holofcener’s third chapter allows Marguerite to be a fully realized character with complexities and depth. We get to see her intelligence and wit as she helps keep Carrogue’s estate from falling apart when he is off fighting in a war.

But in those first two chapters, Marguerite is more of a means to an end. For Carrogue, it means he gets a dowry. And for Le Gris, it’s his pleasurable gratification. But that last chapter offers us the ultimate truth as it is from Marguerite’s point of view. It reveals what she has to endure as a woman living in a kingdom ruled by men and treated as lesser than by the church. What’s more, it forces us to relive that moment and the horrors that she now has to live with.

And it’s clear that “The Last Duel” wants to tell its audience how little has changed between 14th century France and now. The frustrations of hearing clergy use a lack of science and scripture to explain the crime of rape or how pregnancy works are exhausting to put up with. And the worst thing about it all is how it is not too far off the rhetoric of modern-day politicians. If anything, “The Last Duel” reminds us about the toxic influences that shape the hearts and minds of these terrible people who will do anything to shield themselves or those within their circles from the law.

Though it’s a Ridley Scott epic, with plenty of bloodshed and gruesome acts of violence, the relevant story never takes a backseat. The close-up shots of these knights bleeding and sweating are so visceral it almost feels as if you were right in the thick of war. “The Last Duel” reminds us of what is at stake for all involved parties. Sure, things now aren’t as drastic as they were back then, but the fact that we still have to question those who speak the truth of being assaulted tells us what needs to change.

But “The Last Duel” isn’t going to change the hearts and minds of those influenced by toxic and misogynistic behaviors. The patriarchal powers that are at play are repulsive, and to see how Le Gris uses his privilege and the church to his advantage is infuriating. What’s more, Carrogues doesn’t seem to understand who the victim is in this situation as he believes Marguerite’s refusal to stay silent damages his fragile ego and sullies his name. But the reality of it all is that it is Marguerite’s courageous defiance that speaks volumes.

Of course, because “The Last Duel” displays two former friends now turned bitter rivals fighting for honor and their truth, it ultimately needs to end with one person being the victor. As the fights are brutal and the recreated history is cinematic, it ends with someone being the winner, even though there are no real winners in this. 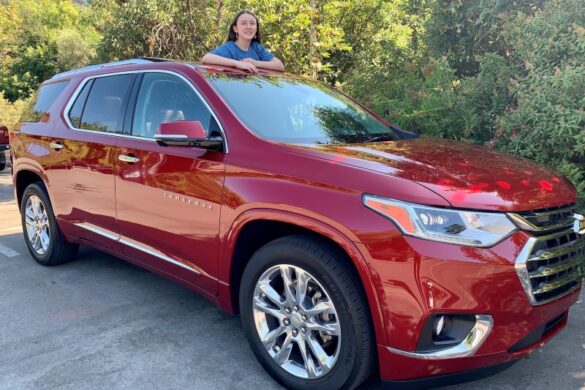