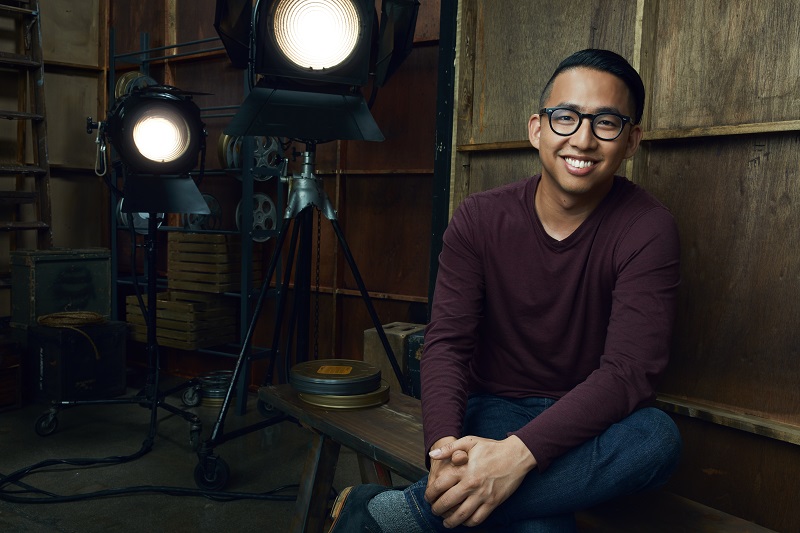 We attended a press day for editorial purposes.

Jerry Huynh, whose credits include Moana and Ralph Breaks The Internet, is the director behind the latest Short Circuit short Jing Hua. In this short film, a grieving martial artist pays tribute to her recently departed teacher by creating a painted world using a magical form of kung fu. ThatsItLA was recently invited to join fellow writers in an interview with Huynh, who talked about the short, his inspiration behind it, and more.

Short Circuit is an experimental program that began in 2016 where anyone at Walt Disney Animation Studios can pitch an idea and potentially be selected to create an original short film with the support of the Studio and their fellow artists. The goal of this innovative program is to take risks in both visual style and story, surface new voices at the Studio and experiment with new technical innovation in the filmmaking process.

I had the opportunity to screen all of the Short Circuit selections. Each short begins with an introduction by the director. All of the shorts were charsmatic and beautiful in their own way. The one that caught my eye visually as well as emotionally was Huynh’s short Jing Hua. I am amazed when a director creates a film that evokes strong, visceral connections especially within 4 minutes! Huynh shared that he lost three family members within a short time frame and how this project was carthedic for him. As someone who lost their parents within a few months of each other, I can relate to the wave of emotions, anger, sadness, and acceptence. As an Asian-American I was also attracted to the spirtual and visual components of the short.

I find art to be extremely theraputic and I asked Huynh how he used this moment to help him through the grieving process. He starts by sharing the process of creating the look of Jing Hua as well as the healing process that happened within the walls of Disney Animation.

Huynh’s Jing Hua short uses ink brush paintings to tell that story of the grieving martial artist. On that, there are a variety of colors, styles, and textures that propel the story. Using in-house development tools, Huynh and his team layed out parchment paper below a camera and started to paint while recording. The process would help him learn how the timing will work, and how some of that development served as an inspiration for the short.

Jing Hua is a personal short for Huynh, and the studio has given him the space and time – because they all have very busy schedules – to work on these projects whenever they weren’t working on some of the major titles.

“One of my favorite experiences for this short for healing was this was my first time as a director,” Huynh said. “I walk into most things with wanting to be taught and learn. And then my artists would turn to me and ask me questions and want answers from me, and I want to give it to them. I didn’t know how. They eventually all asked, ‘What are we supposed to feel, right now?’ You don’t know how to answer this question, I just gave it to you, that’s totally fine.’ The artist would go, ‘What do we want the audience to feel right now?'”

Huynh revealed that he knew how he was feeling and how he wanted the character to be reflecting that, but didn’t know to go beyond that scope. To which he was surprised when his artists told him that he had given them more that he thought he had given. “I am like, ‘What?!’ I just gave you emotion and a journey!'”

Huynh continued on, saying that the artists told him that it would be their job to close that loop. He recalled how the artists would show them their work and how emotional he got looking at the progress. But it was also a cathartic experience for him. “Through being able to make this and be able to talk to my emotions, it was therapy,” Huynh said. “What was really beautiful was that being very open with this place, my friends, and collegues about why I was making this, people said I want to work on this piece because I need the space to be able to process something too. And we would talk and connect through this very difficult thing. Now I have some really great friends in a studio who were able to knock this together. They are like my little family.”

“I lost a lot of family members, one very recently again, and the chance to do this has given me kind of a new one, a very different one,” Huynh said. “It’s really special.”

But when it finally came to show the finished product, it was a real cathartic moment for Huynh, who brought his parents to see what he had been working on. He wasn’t entirely sure how they would react, but a small glance over and he noticed that his mother was crying. It as then he knew that all his hard work paid off, he made his mother cry.

Jing Hua and the rest of the shorts on the Short Circuit program can be seen exclusively on Disney+.