Channel Your STEM Superpower for Good

Young Girls Ages 15-18 Can Submit STEM-inspired Projects for Chance to Win a Trip to the Premiere of Marvel Studios’™ THOR: RAGNAROK, Plus Mentorship Offered by Disney, Marvel Studios, Dolby Laboratories and Synchrony Bank

Did you spend your last family getaway along the path of totality, from Lincoln Beach, Oregon to Charleston, South Carolina in order to watch a total solar? Was this event “everything” for your teen princess who happens to be a hardcore STEM (science, technology, engineering, and mathematics) aficionado? Does this same daughter, niece, and/or significant loved consider herself a pioneer in the field of STEM innovation? If so, she may have a future with Disney Imagineering! Girls ages 15 to 18 (grades 10-12) have a chance to enter an original Do-It-Yourself project that can be replicated by others. It’s time to inspire girls to use their STEM superpowers toward creating a healthier and safer world. Whether on a community- or world-focused, Marvel Studios in collaboration with the American Association for the Advancement of Science, Broadcom MASTERS, and Society for Science & the Public wants to inspire the next generation of scientists! Girls living in the 50 United States and D.C., are invited to enter in MARVEL STUDIOS’ ™ THOR: RAGNAROK SUPERPOWER OF STEM CHALLENGE!

Thor’s rival, Hela (Cate Blanchett), is a villainess determined to unleash Rangnarok, and destroy Thor’s homeland of Asgard. Unlike Hela, teen girls can channel their superpower for good. For more information on this exciting contest, click the video here:

NO PURCHASE IS NECESSARY. Girls ages 15 to 18, who are legal residents and physically residing in the 50 United States or the District of Columbia, can enter this challenge, beginning August, 23, 2017 until September 23, 2017, at 6:00PM PT. Limit 1 entry per person. Winners must be able to travel on or about October 8, 2017 through October 11, 2017. Find Official Rules at www.marvelstudiosstemchallenge.com for full eligibility and entry requirements, prize description, conditions, and limitations. Void where prohibited. The official contest sponsor is Walt Disney Studios Motion Pictures.

Five finalists will be chose to travel to Los Angeles and personally present their projects to a panel of experts. This exciting opportunity also includes the opportunity to attend the Red Carpet Premiere of Marvel Studios’ THOR: RAGNAROK.  Each finalist receives: Two round-trip tickets to Southern California for the finalist and her parent or guardian, which includes scheduled meals, ground transportation to and from organized activities, as well as hotel accommodations from October 8Â through October 11,Â 2017. Among the many exciting rewards, finalists will be on the red carpet at the Premiere of Marvel Studios’  THOR: RAGNAROK. As a “pay-it-forward” investment, the five finalists will also receive $500 deposited into a high-yield savings account from Synchrony Bank. This fun-filled trip also includes a tour of Â Walt Disney Studios in Burbank, CA.

Only one grand-prize winner will be selected from the five finalists. She will attend an immersive three-day mentorship in New York City. Under the leadership of Disney Imagineering members, the grand-prize winner will build her STEM story, making a professional-level video that teaches the next generation how to recreate her Challenge–winning project. This winner will also have the chance to demonstrate her Superpower of STEM project live to the nation during a brief appearance on Good Morning America (The Walt Disney Company is the parent company of Good Morning America / ABC News.). The video created during the winner’s mentorship will be made available to students, teachers and families worldwide on the American Association for the Advancement of Science education resource website ScienceNetLinks.com.

Thor faces a multitude of challenges, including an all-powerful new threat, the merciless, Hela. Thanks to Hela, it’s a race against time for Thor to reach Asgard to stop Ragnarok, the destruction of his homeworld and possible end of Asgardian civilization. Before reaching Asgard, Thor must first duel his fellow Avenger the Incredible Hulk in a deadly gladiatorial contest! 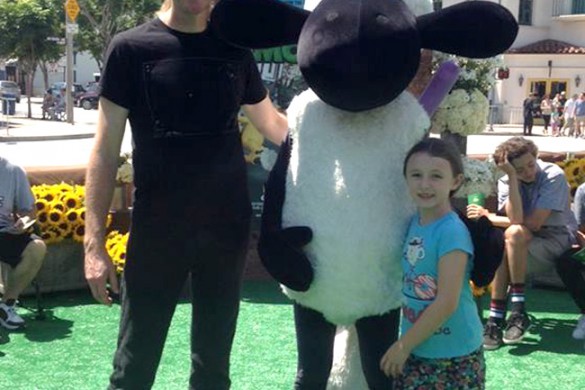