Top Posts
Shazam! Fury of the Gods!: Meet the Shazam...
Dungeons & Dragons: Honor Among Thieves is Campy...
2023 Oscar Nominations: See Full List of Nominees
Knock At The Cabin Featurette Looks Behind The...
j-hope IN THE BOX To Follow BTS Dancing...
Home entertainment Jumanji: Welcome to the Jungle Review
entertainmentNewQ&A 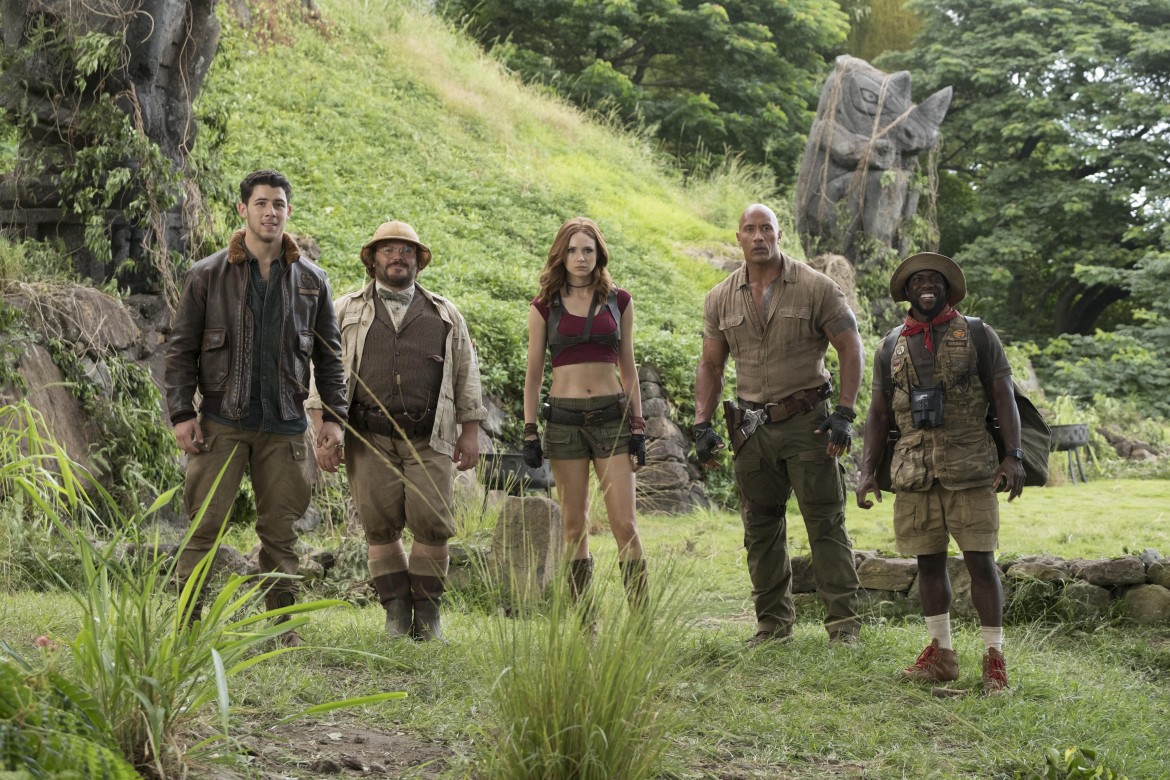 Get ready for a pure adrenaline rush in this sequel to the 1995 original, Jumanji where Alan Parrish (played by the late Robin Williams) becomes trapped in a board game while playing with his best gal pal Sarah Whittle. Flash forward to Jumanji: Welcome to the Jungle, the board game is appropriately updated to video and transports viewers to a fantastical game land complete with regenerating lives.

High school students are sent to detention, a la Breakfast Club, for various reasons and asked to write a letter explaining exactly “who they are today”. They stumble upon a dusty old Jumanji video game console that nerdy lonely boy Spencer (Alex Wolf) is able to reboot. The action begins when the game is booted up, each chooses an avatar are literally sucked into the game. 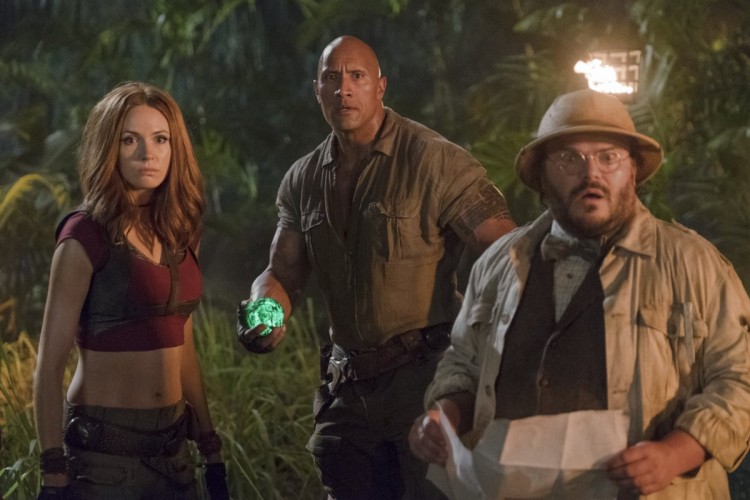 Transported into the wild jungle setting of the game, each take on the unlikely qualities of their three dimensional avatar. When the kids realize that they are stuck in the bodies of these adult avatars, it’s those out of body realizations that are the most fun. The qualities that each person lacked in real life was now embodied and fully present in their new 3D avatar. Nerdy boy Spencer’s avatar is the buff, fearless and incredibly smoldering explorer (Johnson). Outcast Martha was now the femme fatale and the ever popular bratty millennial, Bethany was stuck in the body of a brilliant “middle aged fat man”. In order to return to the real world unscathed, this unlikely group must come together, using their newfound talents and brainpower to complete the mission and defeat the bad guys while battling hippos, stampeding rhinos, legions of snakes to return a jewel to its ancient setting.

I loved that there really was no need to see the original film prior to this. This film can stand on it’s own. There are a lot of laughs and the cast seemed to have a special chemistry that is palpable. A nice casting surprise was Nick Jonas cast as Alex, the boy who disappeared from the same small town 20 years earlier and had been trapped, alone in the very same game. 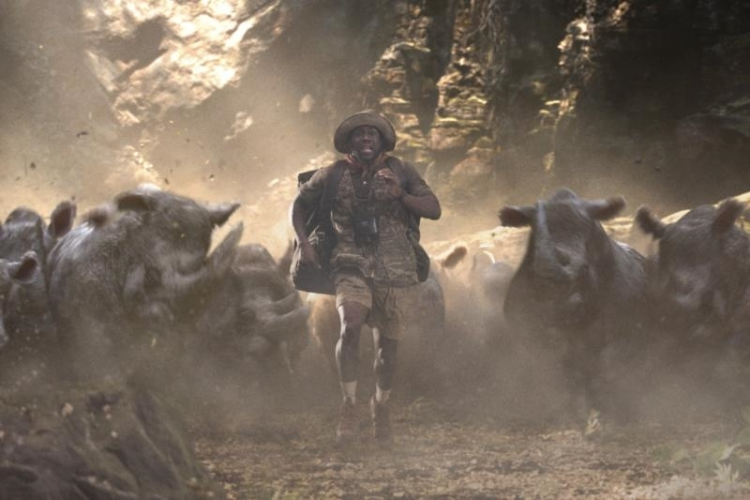 Witnessing each of the kids discover their new bodies and talents of their avatar was hilarious. Shy guy Spence getting used to the newfound “Rock” biceps and once hot Bethany discovering all that a middle aged man’s body can do made for many laugh out load moments. Overall the film was exciting and fast paced. The effects were done well although at times, the scale of the stampeding animals seemed a bit off. The characters themselves were extremely likable and played well. For me, I walked away feeling that our avatars, those game characters we and our kids choose and the qualities we assign to them, are actually us, muscles, beauty, brains and wit, just waiting to come out and join the game of life.