Disney+ made its D23 Expo debut with its first-ever showcase presentation, announcing six new series in development and revealing key details about the highly anticipated streaming service to an enthusiastic audience at the Anaheim Convention Center in Anaheim. The event showcased the sweeping array of talent with in-person and video appearances from the stars of Disney+’s slate of originals from Disney, Pixar, Marvel, Star Wars, and National Geographic and included sneak peeks, trailer premieres, and exclusive news about the service and its upcoming projects.

● Ewan McGregor made a surprise appearance to announce his return as Obi-Wan Kenobi in a new untitled series from Lucasfilm. 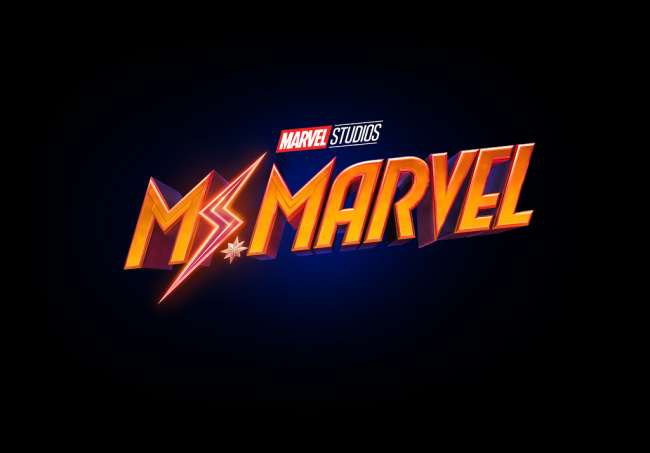 ● Hilary Duff surprised the audience when it was announced she will reprise the role she made famous in an all-new Lizzie McGuire series from Terri Minsky.

● Forty years after leaving the swamp in his big screen debut in “The Muppet Movie,” Kermit the Frog is heading upstream with Miss Piggy, and the gang, bringing a new kind of mayhem and laughter to Disney+ with their first-ever unscripted short-form series, “Muppets Now.”

During the 90-minute presentation, a parade of celebrities, filmmakers, and creatives treated the 6,800-person audience to the first public preview of Disney+’s original movies and shows set to stream when the service launches on November 12:

● For Lucasfilm’s “The Mandalorian,” executive producers Jon Favreau and Dave Filoni joined series stars Pedro Pascal, Gina Carano, Carl Weathers and Giancarlo Esposito, along with Taika Waititi, who brings the droid IG-11 to life, to premiere the teaser trailer for the first Star Wars live-action series. Earlier in the day at the Disney Legends Awards Ceremony, Robert A. Iger, chairman and chief executive officer, The Walt Disney Company, announced that new Disney Legend Ming-Na Wen will join the cast of the series. Set after the fall of the Empire and before the emergence of the First Order, “The Mandalorian” follows the travails of a lone gunfighter in the outer reaches of the galaxy far from the authority of the New Republic. Watch the trailer here.

● The talented up-and-coming cast of “High School Musical: The Musical: The Series” brought down the house with a live performance of the multi-platinum hit song, “We’re All In This Together.” Immediately following the presentation, cast members Joshua Bassett, Olivia Rodrigo, Matt Cornett, Sofia Wylie, Julia Lester, Larry Saperstein, Dara Reneé, Frankie A. Rodriguez, Kate Reinders, Mark St. Cyr, and Showrunner Tim Federle invited 3,600 fans to watch the first episode in the D23 Expo Arena and revealed the series’ teaser trailer. The 10-episode scripted series, set at the real-life East High, where the original movie was filmed, follows a group of students as they countdown to opening night of their school’s first-ever production of “High School Musical.” Watch the trailer here.

● Host Yvette Nicole Brown joined fellow “Lady and the Tramp” cast members Rose (“Lady”) and Monty (“Tramp”)—the canine stars of the film—to premiere the first trailer from the film. In the timeless re-telling of the 1955 animated classic, a pampered house dog and a tough but lovable stray embark on an unexpected adventure and, despite their differences, grow closer and come to understand the value of home. Watch the trailer here. 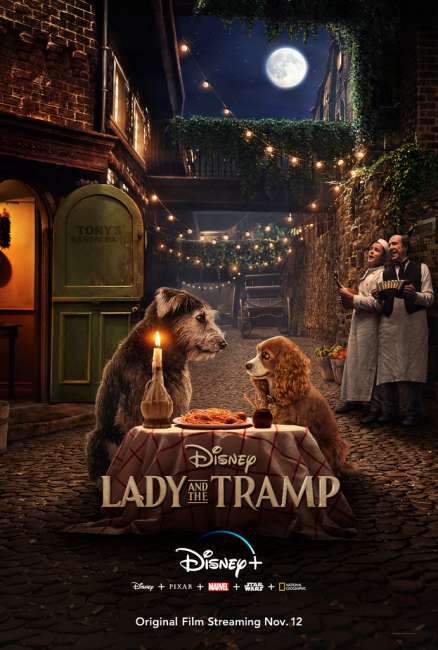 ● “Noelle” stars Anna Kendrick and Billy Eichner joined Sean Bailey to announce their film will premiere on Disney+ on November 12 before sharing a new trailer. In the upcoming holiday comedy, Kris Kringle’s daughter is full of Christmas spirit and holiday fun, but wishes she could do something “important” like her beloved brother Nick, who will take over from their father this Christmas. When Nick is about to crumble like a gingerbread cookie from all the pressure, Noelle suggests he take a break and get away…but when he doesn’t return, Noelle must find her brother and bring him back in time to save Christmas. Watch the trailer here.

● Jeff Goldblum, who stars in and hosts “The World According to Jeff Goldblum” from National Geographic, gave fans a peek inside the series including a new trailer for the show. Through Goldblum’s always inquisitive and highly entertaining mind, nothing is as it seems in this new 12-episode series. Watch the trailer here.

● Executive Producer Kristen Bell shared a first look trailer and a taste of what’s to come in the unscripted series, “Encore!” that brings together former castmates of high school musicals, tasking them with re-creating their original performance years after they last performed it, in a high school reunion like no other. Watch the trailer here.

● Tony Hale, who reprises his craft project turned toy role from “Toy Story 4” in the new collection of Pixar animated shorts “Forky Asks A Question,” premiered the first short (“What is Money?”). In the 10 shorts, Forky explores important questions about how the world works, such as: What is love? What is time?

Disney+ also rolled out the red carpet for its titles set to premiere after the service launches, inviting stars to share new details for their upcoming projects:

● The audience was treated to a scene from the Disney+ original film “Togo,” an untold true story set in the winter of 1925 across the treacherous terrain of the Alaskan tundra. An exhilarating and uplifting adventure, “Togo” stars four-time Oscar® nominee Willem Dafoe and is directed by Ericson Core. The film also stars Julianne Nicholson, Christopher Heyerdahl, Richard Dormer, Michael Greyeyes, Michael McElhatton and Michael Gaston. Kim Zubick is the producer and Tom Flynn wrote the screenplay. “Togo” will launch on Disney+ in December.

● Executive Producer and recurring guest star Gina Rodriguez joined “Diary of a Female President” lead Tess Romero to announce the series will premiere on Disney+ in January. Told using the narration from her diary, this half-hour single camera comedy follows 12-year-old Cuban-American girl Elena’s journey through the trials of middle school, which set her on the path to ultimately become president of the United States.

● Kathleen Kennedy announced that the highly anticipated new season of “Star Wars: The Clone Wars” will stream on Disney+ in February 2020. The Emmy® award-winning animated series will be returning with twelve all-new episodes and will mark the return of classic characters Anakin Skywalker, Obi-Wan Kenobi and fan-favorites Ahsoka Tano and Captain Rex. 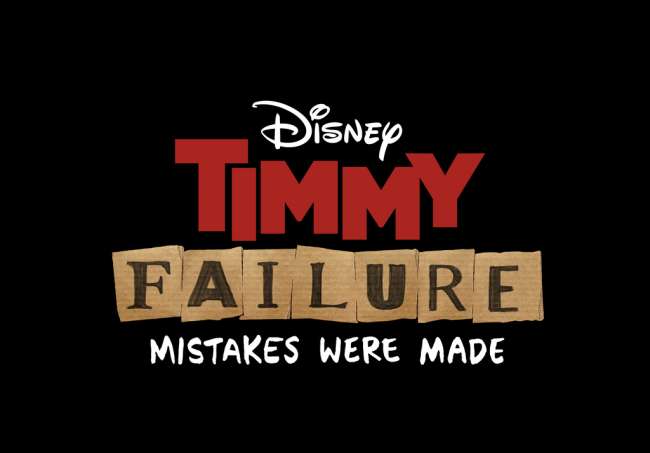 ● Sean Bailey shared a first look at the original film “Timmy Failure: Mistakes Were Made.” Directed by award-winning filmmaker Tom McCarthy with screenplay by McCarthy & Stephan Pastis and based on the best-selling book series by Pastis, the film follows the hilarious exploits of our quirky, deadpan hero, Timmy Failure, who, along with his 1,500-pound polar bear partner Total, operates Total Failure Inc., a Portland detective agency. “Timmy Failure: Mistakes Were Made” will launch on Disney+ in early 2020.

● The stars of “Stargirl,” Grace VanderWaal and Graham Verchere, were welcomed on stage to help introduce the coming-of-age film based on the critically-acclaimed, New York Times’ best-selling young adult novel. “Stargirl” is directed by Julia Hart from a screenplay by Kristin Hahn and Julia Hart & Jordan Horowitz based on the novel by Jerry Spinelli. The film also stars Karan Brar, Maximiliano Hernandez, Darby Stanchfield and Giancarlo Esposito. “Stargirl” is produced by Ellen Goldsmith-Vein, Lee Stollman and Kristin Hahn. “Stargirl” will launch on Disney+ in early 2020.

● Director Kari Skogland introduced Anthony Mackie and Sebastian Stan, the stars of Marvel Studios’ ”The Falcon and The Winter Soldier,” which finds Falcon and the Winter Soldier teaming up after “Avengers: Endgame.” Emily VanCamp came on stage and Feige revealed that she will reprise her role as Sharon Carter. Then, he introduced the crowd to Wyatt Russell who will play John Walker—a character from the comics coming to the screen for the first time. Head writer Malcom Spellman was also on hand to greet the crowd. “The Falcon and The Winter Soldier” will launch on Disney+ in 2020.

● “Monsters At Work” stars Ben Feldman and Aisha Tyler unveiled the latest design of their characters Tylor and Millie. Inspired by Disney and Pixar’s Academy Award®-winning feature film “Monsters, Inc.,” the new series from Disney Television Animation returns to Monstropolis and follows a new cast of monsters with special appearances from Mike and Sulley (voiced by Billy Crystal and John Goodman).

● Stars Paul Bettany and Elizabeth Olsen were on hand for their new series, Marvel Studios’ “WandaVision.” Bettany returns as Vision and Olsen as Wanda Maximoff—two super-powered beings living their ideal suburban lives who begin to suspect that everything is not as it seems. Kevin Feige surprised the audience by bringing to the stage Kat Dennings and Randall Park who will reprise their roles from “Thor” and “Ant-Man and The Wasp,” and then he introduced Kathryn Hahn who has been cast as a new character in the series. Director Matt Shakman and head writer Jac Schaeffer joined everyone on stage to reveal that the streaming series will blend the style of classic sitcoms with Marvel Cinematic Universe. “WandaVision” premieres on Disney+ in 2021.

● Kevin Feige welcomed the director, Kate Herron, and head writer, Michael Waldron, of “Loki” to the stage. In Marvel Studios’ new Disney+ series “Loki,” Tom Hiddleston returns as the mercurial Loki, the god of mischief and everyone’s favorite villain in stories that take place after the events of “Avengers: Endgame.” “Loki” debuts on Disney+ in 2021.

● For Marvel Studios’ “What If…?” Hayley Atwell was on hand to greet the audience. Atwell will voice Peggy Carter in Marvel Studios’ first animated series that focuses on different heroes from the Marvel Cinematic Universe and imagines what would happen if the events in the films worked out differently. Kevin Feige also introduced director Bryan Andrews and head writer Ashley Bradley to the crowd. “What If…?” premieres on Disney+ in 2021.

● Stars Diego Luna and Alan Tudyk joined Kathleen Kennedy to introduce the audience to the second Lucasfilm live-action series for Disney+, which is now in development. Both actors are reprising their roles from “Rogue One: A Star Wars Story,” and the stories follow Cassian Andor’s adventures as a rebel spy during the formative years of the Rebellion, before the events of “A New Hope.”

Additionally, over on the Expo show floor the Disney+ app made its debut, complete with features and functionality confirmed for the global launch dates in November.

For a monthly price of $6.99 or an annual rate of $69.99 in the U.S. (pricing varies outside U.S.), Disney+ offers viewers of all ages a compelling price-to-value proposition, with a consumer-friendly experience that’s easy-to-navigate with personalized recommendations, high-quality and commercial-free viewing, up to four concurrent streams, and unlimited downloads with no up-charges.

The Disney+ app experience, available to consumers on November 12, will feature:

● Unlimited Downloads: Subscribers have access to unlimited downloads of shows and movies on the Disney+ app to watch offline later on up to 10 mobile or tablet devices, with no constraints on the number of times a title can be downloaded per year. Once downloaded, subscribers can watch on the go and without an internet connection. The number of titles stored at one time on a device is dependent upon the available storage space on a subscriber’s device.

● Commercial-free Viewing: Subscribers can access unlimited viewing of Disney+ content without having to watch a single commercial.

● Profile Customizations: Subscribers can set up to seven different profiles and choose an avatar tailored to their favorite Disney, Pixar, Marvel or Star Wars characters, with over 200 avatars available.

● Concurrent Streaming: Disney+ allows subscribers to concurrently stream video content on up to four registered devices with no up-charges.

● Multiple Languages: At launch, Disney+ will offer support for English, Spanish, French and Dutch languages, including both user interface as well as audio support and/or subtitles for library content, with additional languages available for Disney+ Originals.