Top Posts
‘Phineas and Ferb The Movie: Candace Against the...
Netflix’s Never Have I Ever Returns For Season...
‘The Old Guard’ Trailer: Fighting To Protect A...
BLACK IS KING BY BEYONCÉ STREAMS ON DISNEY+...
Sneak Peek at Disney Pixar’s Soul
Home entertainment Spider-Man Into The Spider-Verse Interview with Luna Lauren elez And Producer Christina Steinberg
entertainmentNew

Spider-Man: Into The Spider-Verse spins an all-new kind of web to create a superhero movie unlike any other. But instead of recycling, the same old Peter Parker story that many have heard before, the film puts Miles Morales at the center. The new Webslinger must save his universe when Kingpin’s supercollider rips a hole in the space-time continuum. As a result, five other Spider-beings: another Spider-Man, Spider-Gwen, Spider-Man Noir, Peni Parker and SP//DR, and Spider-Ham appear. The five mentor Miles to become the Spider-Man of his universe. But because they aren’t originally part of Miles’ universe, they will cease to exist if they do not return home. So it’s up to Miles to save his city and bring them back before time runs out.

ThatsItLA had a chance to sit down with their fellow journalists to talk to the cast and crew of the film.

In our first interview, we got to talk to Luna Lauren Velez, who voices Rio Morales, Mile Morales’ mom, and producer Christina Steinberg. The two talked about the film, bringing diversity to it, as well as grounding it with themes of family.

Velez says one thing that appeals to her about these roles is that it requires the actor to just use their voice. “When you are on camera all the time, the concerns are different and you use it to for things to tell the story,” Valez said. “But to actually really use your voice to tell a story, without the concerns of appearance or what somebody might think, or facial expressions, or that kind of misunderstanding, there’s so much to tell, and so many different ways to tell it.”

Velez was surprised by how much she actually related to her character. For one thing, like Rio, she is Puerto Rican from Brooklyn, New York. Not only that, her dad was a cop.

Steinberg then chimed in to say that they knew all about that from their research. They fell in love with Velez’s voice the minute they heard it, and said, “That’s Miles’ mom.”

“I didn’t realize there was a lack of that kind of representation and as this whole journey progresses, it’s becoming increasingly amazing to me,” Velez said.

The producer added that they would not cast anyone because it was animation. They wanted to bring true authenticity to the film.

“You can feel that in the film,” Velez said. “I am in love with every single component with this project. Every aspect feels real. The family, the character, the voices, I feel like you can do that by only having the real thing.”

There are little moments in the film that ground it. In one scene, we see the family getting ready with Miles saying “in a minute, in a minute,” as he is leaving for school. It then quickly switches to his mother brushing his hair and hugging him before he leaves and saying “in a minute, in a minute.” It is something that Steinberg says she does with her own children. Even when Rio is drinking the café con leche as she is in the midst of morning chaos as they are about to leave reminded Velez about her own mother and what she had to do to help get the family ready for the day.

All these details and being authentic as possible was something that producers Phil Lord and Chris Miller wanted from the start. When they were approached to do a Spider-Man film, they said would do it if Miles Morales was in it. The two told their fellow producers that they believe in diversity. Additionally, the two were tired of hearing the same old Peter Parker story. So they would only do a Spider-Man film if they had free rein to do the Miles Morales comic. A comic that has been hugely successful.

Steinberg says there aren’t many people in the great world who know who Miles is. Given that Spider-Man and Peter Parker has been rebooted twice, it’s about time that we get a new Spider-Man. One that is different from the previous ones that share the same namesake and origins.

“That was the only way we were ever going to do it,” she said. “It has to be authentic. It has to be Miles. It has to be diverse. And that goes from Miles all the way down to Spider-Gwen. Because there are so many different Spider-Men in this multiverse, we really wanted Gwen, we really wanted SP//DR, and to have a little girl from the future who is Asian. It was really important for us. And, you know, we also have to represent the old-tired white male over 40.”

One of the most pivotal moments in the film is when the more experienced members of the Spider-beings tell Miles that he cannot go with them. The characters are bound by the loss of a loved one. So Into The Spider-Verse teaches children about how to deal with that loss, and to accept that in their lives. “The idea that they’ve come together as a family united over this one thing that they have to experience is really special,” Steinberg said.

Another important message in the film is that Miles discovers what it takes to be a hero in his own way. “You don’t have to do it like us,” Steinberg says on the message of the film. “Find your own power.”

The varying animation styles did create some tense moments during the production process. But Steinberg says they overcome those challenges to create something that is exciting. But they weren’t sure if it could work when they decided to have all these different looks in one film. “We created them all and we were waiting for the first frames to come through in lighting to see if we could pull this off,” Steinberg said. “It was so amazing.”

“I never have seen anything that looks like this,” Velez said. “There were times where I wanted to sort of touch the screen and say ‘wait, how did this happen?’ This mixture of styles. I thought, ‘this is really working, and I don’t know how they are pulling this off.’ The color, the depth, I felt like I could walk into this world.” 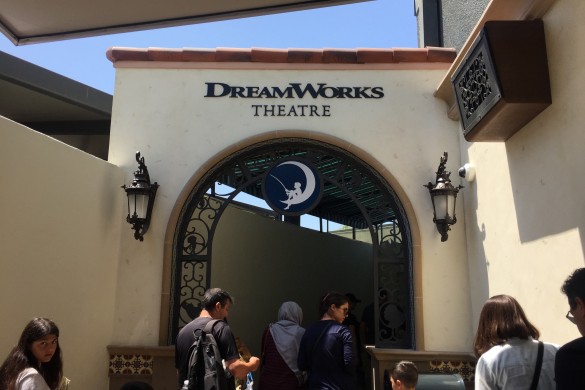 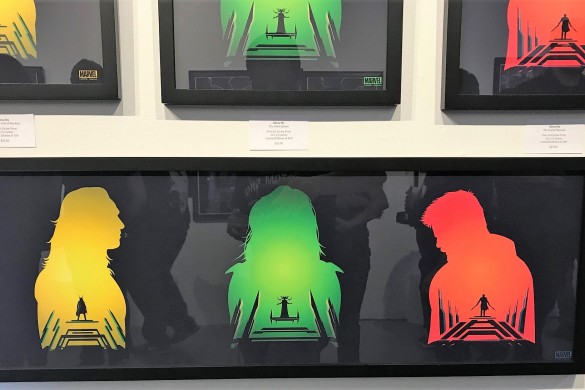