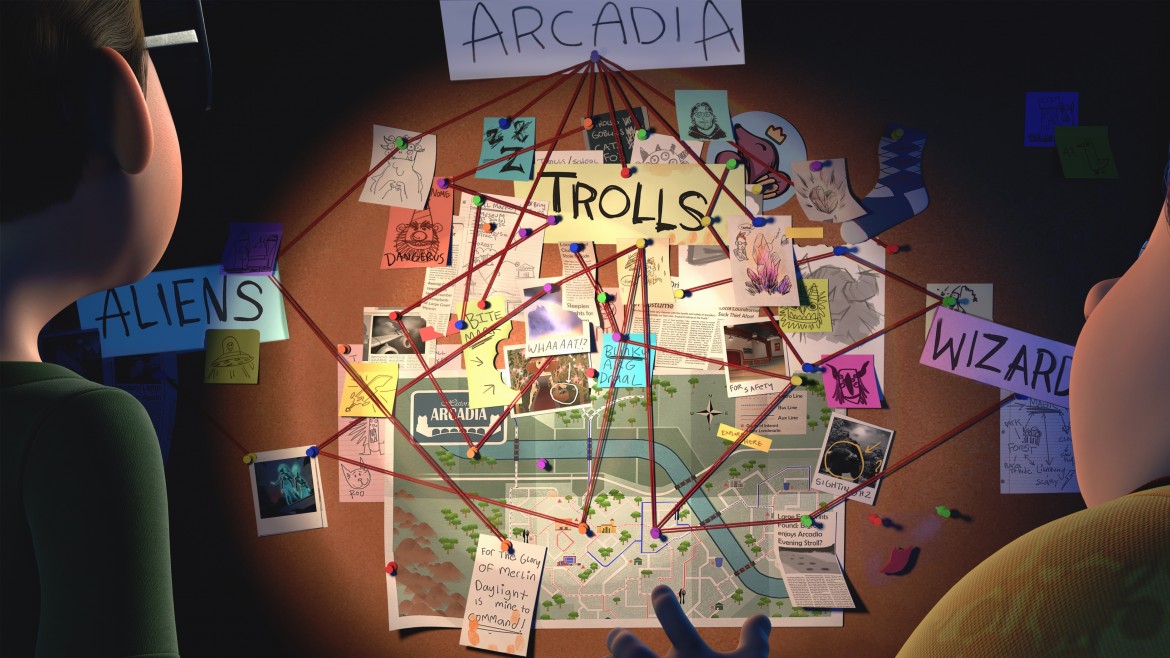 The world of Guillermo Del Toro’s Trollhunters is about to expand beyond its current form and be a part of an all new trilogy, which can be seen exclusively on Netflix. On Monday, it was announced that the world of Trollhunters will expand to become a trilogy of series called Tales of Arcadia.

Set in the world of Trollhunters, which was the first installment of Tales of Arcadia, the companion series will be followed by 3 Below in 2018 and a final chapter Wizards set to debut in 2019.

So it appears that the world of Trollhunters consists of more than just trolls. There are also aliens and wizards, and they are all interconnected together, and Arcadia seems to conveniently be at the center of it all.  Of course, it is too early to tell how they are all connected and what will come of it when this universe comes to an end, but if it gives us more exciting adventures from Del Toro, then I am all for it. Plus, who doesn’t love a good shared universe. I mean, if it works for Marvel, why not Trollhunters.

3 Below will focus on aliens, who flee to earth to escape an evil dictator; and Wizards centers on the magical forces that will bring 3 Below and Trollhunters together to defeat an evil force unlike anyone has ever seen.

Here are the brief synopsis for each show, we’ll start with Trollhunters season 2

“On the surface, Arcadia appears to be a slice of timeless Americana, but it is no ordinary town.  It lies at the center of magical and mystical lines that will make it a nexus for many battles among otherworldly creatures including trolls, aliens and wizards.”

Now here’s the one for 3 Below

“Following Trollhunters, DreamWorks 3 Below will focus on two royal teenage aliens and their bodyguard who flee a surprise takeover of their home planet by an evil dictator and crash land in Arcadia. Now on the run from intergalactic bounty hunters, they struggle to blend in and adapt to the bizarre world of high school all the while attempting to repair their ship so they can return and defend their home planet.”

“DreamWorks Wizards brings together the three disparate worlds of trolls, aliens and wizards who have found themselves drawn to Arcadia. The final chapter of the Tales of Arcadia culminates in an apocalyptic battle for the control of magic that will ultimately determine the fate of these supernatural worlds that have now converged.”

The new season of Trollhunters will debut exclusively on Netflix December 15, 2016, with 3 Below and Wizards debuting 2018 and 2019, respectively.