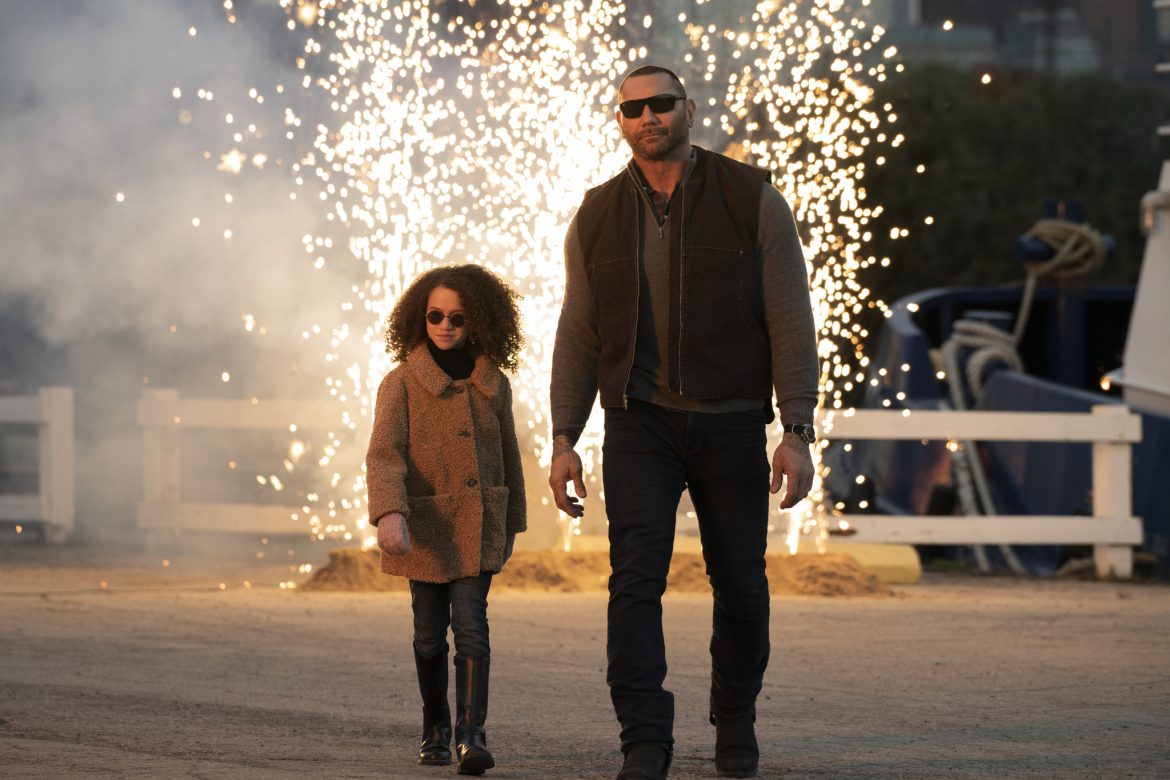 Chloe Coleman is a child actor with an impressive resume. She has appeared in a number of projects, some of which you may have seen already. From HBO’s hit series Big Little Lies and Amazon’s Prime Upload to Disney+’s Timmy Failure and more. Now she appears alongside Dave Bautista in the family-friendly spy comedy My Spy. In it, she plays Sophie, a nine-year-old girl who happens to be neighbors with JJ, a demoted CIA spy tasked with surveilling her family.

ThatItLA had a chance to talk to the young star about what it is like to match the energy and pace of a quiet and stotic Bautista, learning comedy from director Peter Segel, and what some of her next projects are. 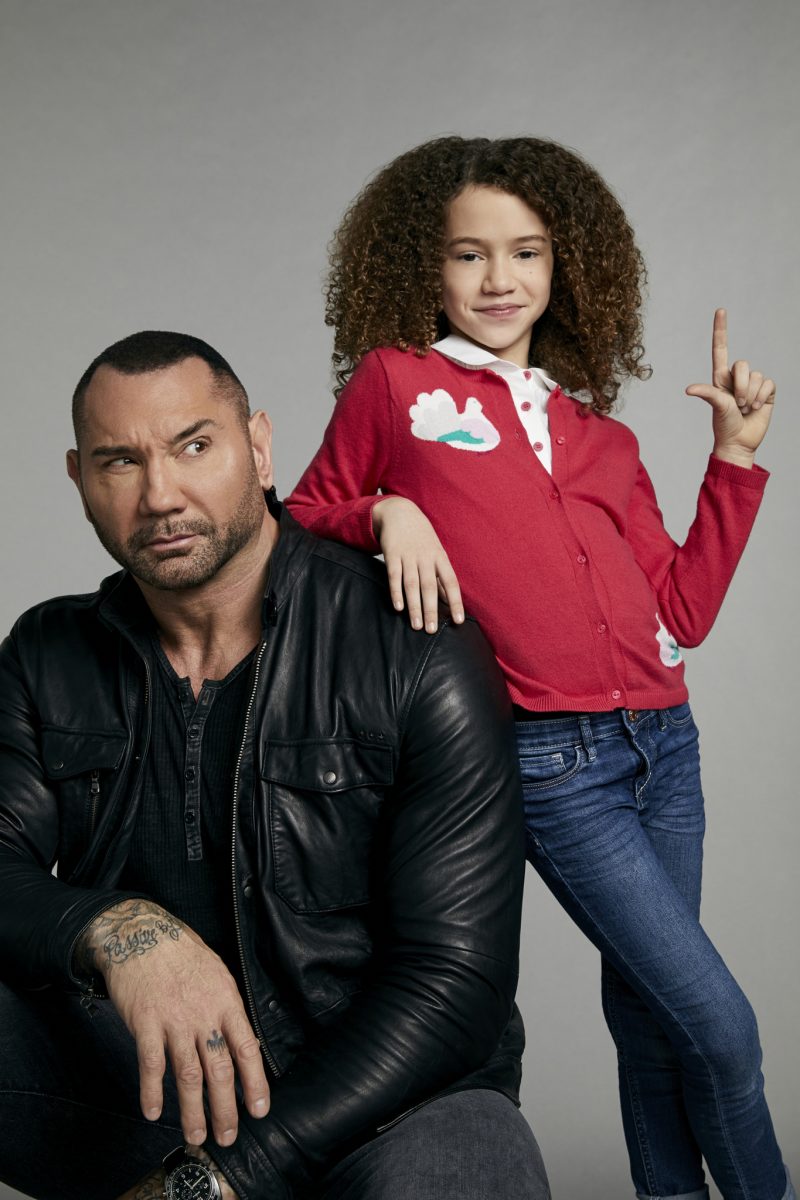 You’ve already been in a number of projects that vary in genres. From dark soapy dramas to existential comedies. So what is it like to have the family-friendly spy comedy genre on your list?

Chloe Coleman: I was super excited. When I heard I would be getting to audition for My Spy and I read the script I said I really want to do this movie. I came out of the chemistry read and I told my mom ‘Please, if I get this movie I am going to be so excited, you don’t even know.’ When I found out I got the job, I was so happy. I was blown away. I started memorizing the script and I was super happy.

I always start off by reading the script first and memorizing it scene by scene. Originally when we had the audition, I know Dave [Bautista] was looking for a diverse cast because it was important to him. So I was very grateful to be able to go to the audition and get the job. With My Spy, I love to get deep into my character and find ways to relate to Sophie. I mean, I can relate to her in many ways. I am just as tech saavy as her, but I also understand how she might be struggling in a new environment and at school. Sometimes it is hard to fit in, but being yourself is even better, and she kind of struggles with that because kids aren’t accepting her.

That’s actually a great message, is that something you want audiences to take away from this film?

Yes. My Spy is mostly about relationships. It’s a feel god movie, but I feel like kids being bullied is a big message right now. Because kids aren’t accepted, and I feel like they need to be. I mean, when I go away for a certain amount of time and come back I feel kind of left out because I’ve been gone for so long and I feel like I have been missing out.

Is there any way that you relate to Sophie?

I think I understand how Sophie might feel about being misplaced or judged. I understand what it’s like to feel like you have to fit in. You really don’t. Following other people shows that you are not able to be yourself. You can’t let people control you and stop you from being who you want to be. You don’t have to dress like everyone else. It’s better to be yourself. 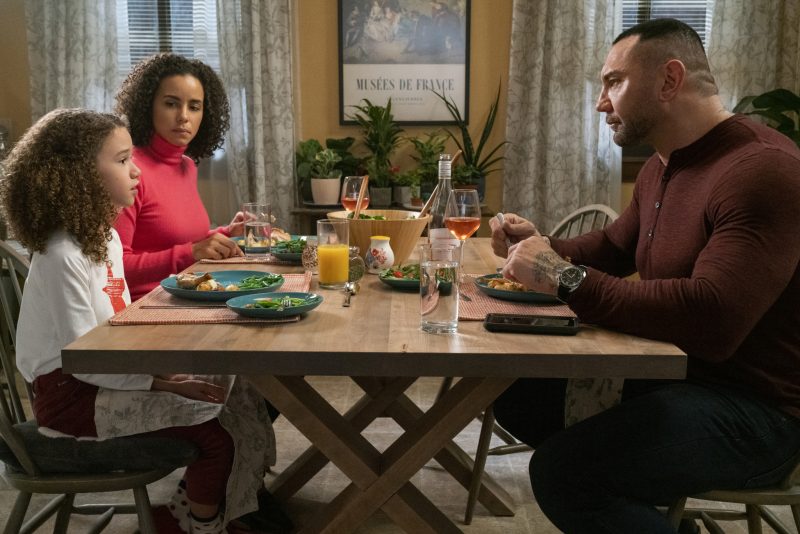 So, in this film, you star alongside Dave Bautista, who has shown he has a comedic side underneath all those muscles. What was it like to be able to match that energy and pace? Or better yet, was he trying to keep up with you?

I think they were both keeping pace with each other. It is really easy to connect to a guy like Dave, because he is open when he is acting. He brings great choices to the set. And you just match your energy off of that. It’s fun acting with him. It doesn’t feel like acting. It’s really real. I love that about him.

So who is the better spy, dancer, and ice skater then?

Well Dave had a bit of trouble ice skating. Apparently, he’s only ice skated twice in his life, which I cannot believe. I remember when I got the role, I started taking ice skating lessons and learning these fun jumps. I actually love ice skating now. It’s super fun. But I did struggle just a little bit with the ice skating. The dancing, on a scale of 1 to 10, it’s a good 6. It’s entertaining as it is fun.

Did you learn anything specifically from Peter Segel, the director?

Pete, he’s so comedic. I love him. Everything he’s done. All of his work. When we were going over more comedic stuff, we were trying to find ways to make the line have a bit of nuance and make it funny. Pete said that the best way to deliver your lines is to just make it completely dry. Instead of trying to give it all this waver and make it sound super loud or super soft, just make it dry, give no emotion to it.

How is Dave as a comedian?

Dave is so funny, especially in his role in Guardians of the Galaxy. He is the hit of the movie. The character is so perfect. Dave, the choices he brings to set is just perfect. He never completely memorizes the script, which is really good.

What was the most challenging scene in the film?

I would mostly say the stunt scenes since it was a big first. Performing stunt scenes by myself. I mean, I love doing my own stunts, don’t get me wrong. I love fighting, anything with action is super cool to me. I love learning all about it. So getting to be in this movie and playing over this big pit that was going to be edited later on to look like cliff was so fun. It felt really real. So you got to keep that emotion and physically be scared.

So, what did you do offset?

We spent time with Dave and walked around Toronto. We met these amazing twins. They are super nice. They love their family. Family came up. Spent time with my friends. Toronto was a great experience. So was My Spy.

Can you talk about some of your upcoming projects?

So I have two things coming up. Gunpowder Milkshake, I am very excited for it to come out. It’s also with STX, which I am very happy about. We have an amazing cast. Lena Headly, Karen Gillian, Carla Gugino, Michelle Yeoh, and Angela Basset. I mean, it is a very female empowered movie. So I am very excited for people to see it.

Check out Chloe Coleman in My Spy which is available to stream exclusively on Amazon Prime on June 26, 2020. 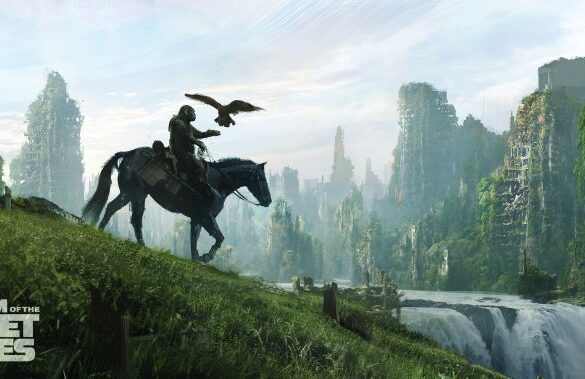