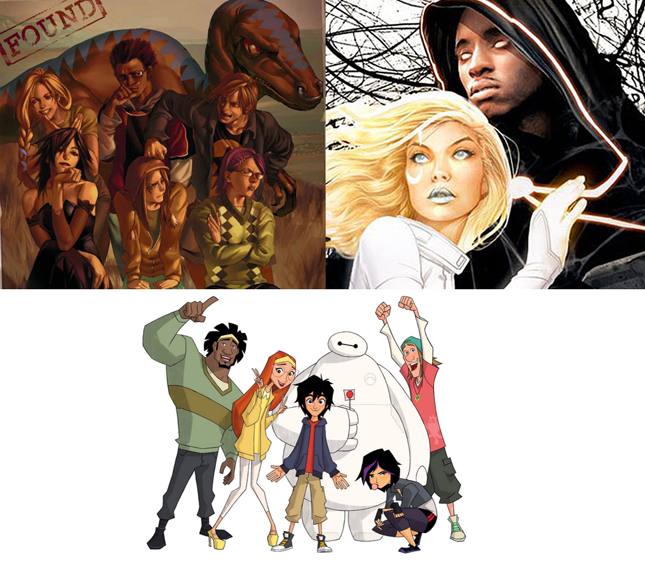 The Marvel universe is expanding on television, as more of its characters are making their way onto the small screen and a hit Disney animated film gets a sequel (sort of).

Two more Marvel Comics properties, Marvel’s Runaways and Cloak & Dagger, are heading to Hulu and Freeform. While Big Hero 6: The Series will be coming to Disney XD. 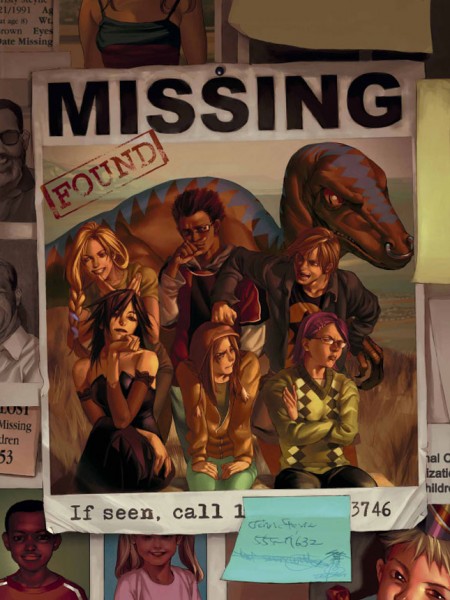 Probably one of the most unexpected and successful comic series that came out of the Marvel Tsunami line of books was Marvel’s Runaways. It was created by Brian K. Vaughn (writer) and Adrian Alphona (artist). The plot of the comic series revolved around a group of six kids whose parents, unknown to them, were a group of villains called the Pride. Their parents were mob bosses, dark wizards, time-travelers, aliens, mutants and scientists. They would all routinely meet once every year for an event, but this one year the kids learn the truth about their parents and runaway from them. They eventually learn that they have inherited special abilities from their parents and use these abilities to right the wrongs of their parents.

The cast for the series has just recently been announced by Marvel: 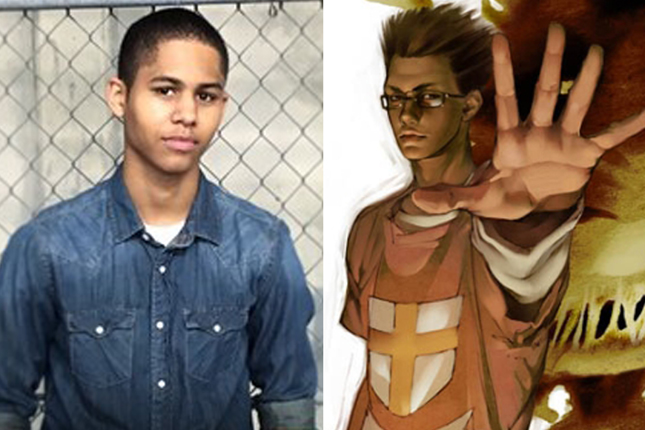 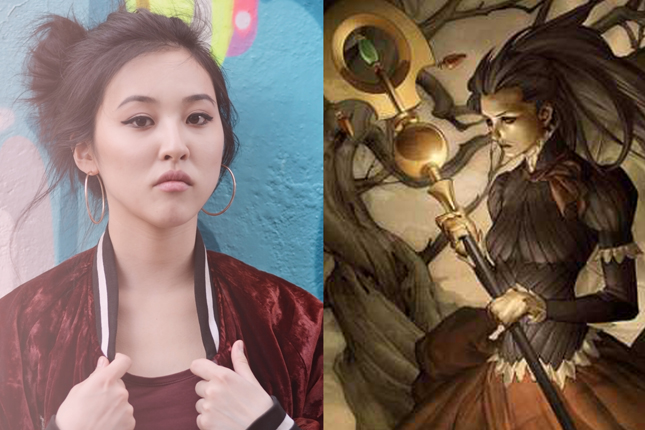 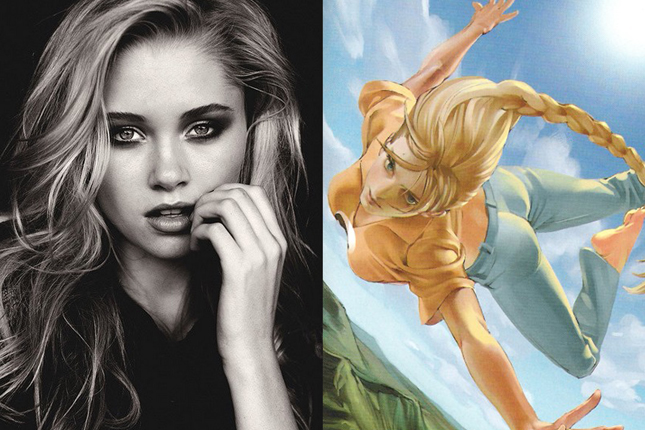 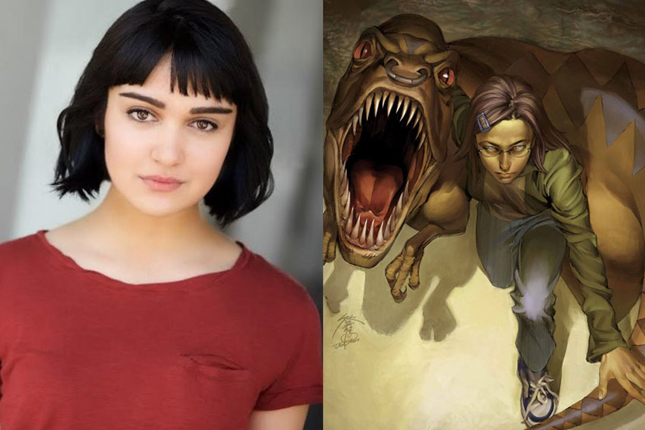 • Gert Yorkes – Ariela Barer (New Girl, One Day At A Time)
– parents: Dale and Stacey Yorkes (time-travelers)
– abilities: None, but has a telepathic and empathic bond with a dinosaur
– Dinosaur is a deinonychus named Old Lace 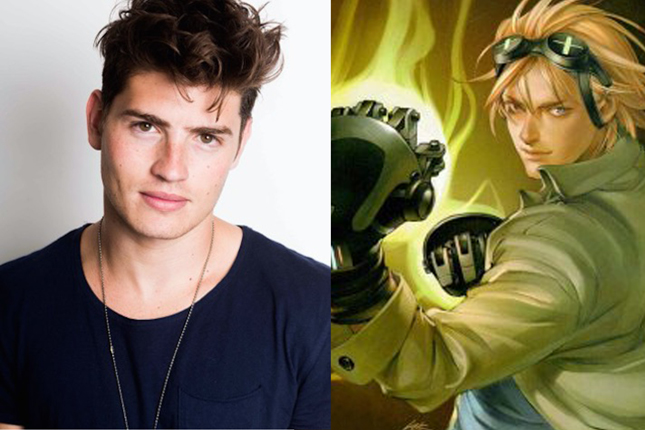 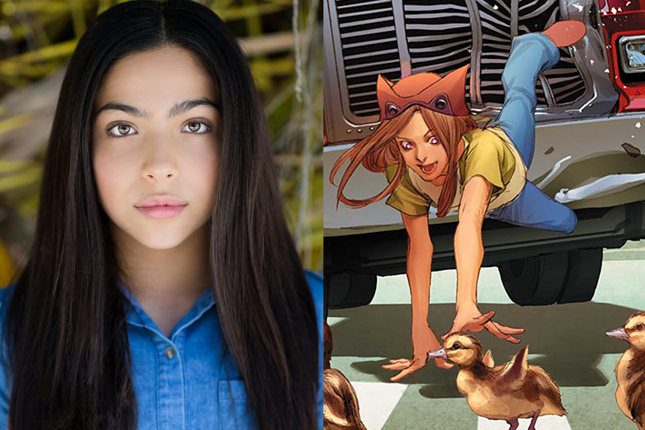 • Molly Hernandez – Allegra Acosta (100 Things to do Before High School, Just Add Magic)
– parents: Gene and Alice Hayes (mutants)
– abilities: Superhuman strength and invulnerability
– Molly is the youngest in the comic series.
– Her last name seems to have been changed from Hayes to Hernandez in the new show.

Additional cast will be announced at a later date.

This was one of my favorite comic series from Marvel’s Tsunami imprint, which was manga inspired, and only lasted a few years. I’m not sure if the new show will follow the same storyline from the comic series, but hoping it will follow a good chunk of it. They may change Molly from being a mutant, since mutants are an X-Men related property. If you watched the Doctor Strange movie, there is a scene that in which one of the female defenders is wielding the Staff of One. This could be Nico Minoru’s mother that makes a brief appearance. Which could mean that the Runaways exist within the Marvel Cinematic Universe. 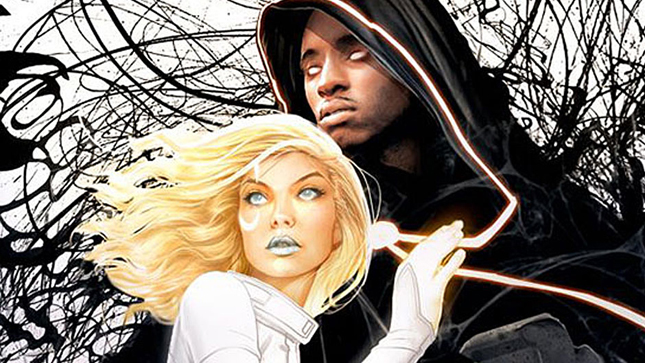 The superhero duo, Cloak & Dagger, made their first appearance in the pages of Peter Parker, The Spectacular Spider-Man during the 1980’s and continue to make appearances in many other Marvel Comics titles. They were two runaway teens in New York City that were taken by gangsters and used as test subjects for a new synthetic heroin, which had fatal results on previous test subjects. Fortunately for them they survived the drug, but the side-effects unlocked their mutant abilities. With these new powers they became Cloak & Dagger, fought crime and villains, while hunting down the gangsters and drug dealers that created them.

Here are the actors that have been cast as the two leads of the series: 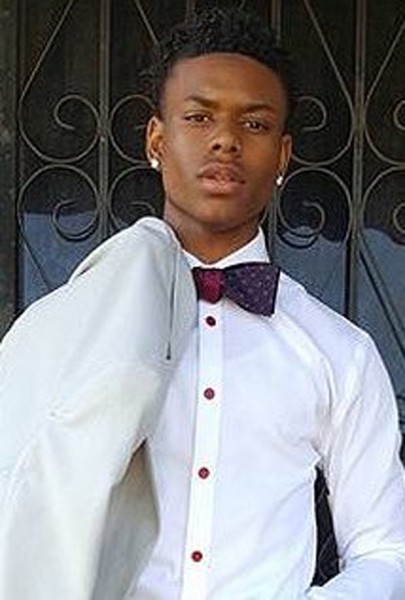 • Cloak (Tyrone Johnson) – Aubrey Joseph (Run All Night)
– abilities: Intangibility, teleportation, and body is comprised of the darkness dimension that he hide in the cloak he wears 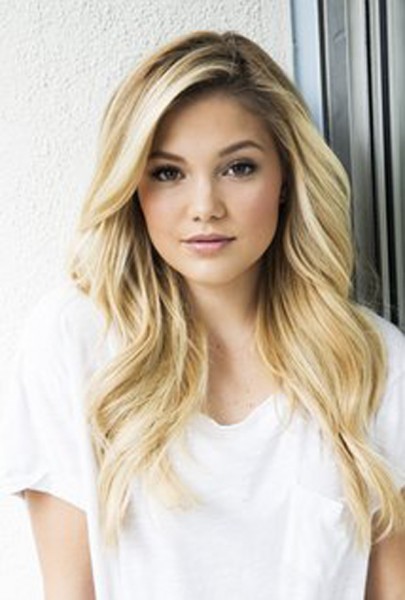 I’m kind of wondering how they will work the storyline of the show, since the comic and their origin dealt heavily with drugs. Their origin may revert to their original comic origin, making them ordinary teenagers that inherit their powers from the experimental drugs being tested on them instead of being mutants. 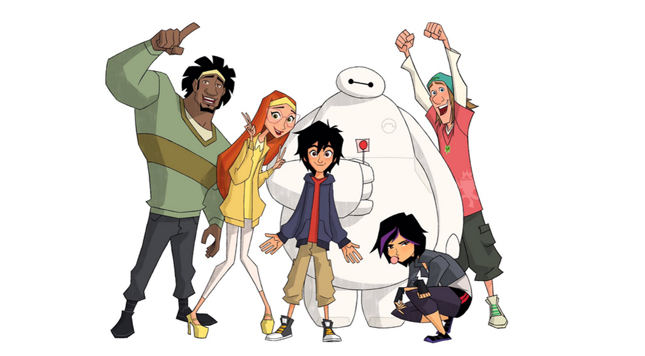 Big Hero 6: The Series is set to air Fall 2017 on Disney XD. The animated series will pick up right after the events from the movie and continues the adventures of the team in their home city of San Fransokyo. Expect storylines to consist of crime fighting adventures while balancing school at San Fransokyo Institute of Technology. The animation will be more 2D animation than the 3D animation from the movie.

Most of the original voice cast members from the film are reprising their roles for the animated series. The only ones not returning are Damon Wayans Jr. as Wasabi (replaced by Khary Payton) and T.J. Miller as Fred (replaced by Brooks Wheelan).

I was a fan of the Marvel comic book and was pleasantly surprised at how the Big Hero 6 film turned out. So I cannot wait to see this animated series when it premieres later this year.

Check out the promo trailer that was just released on Disney XD below. 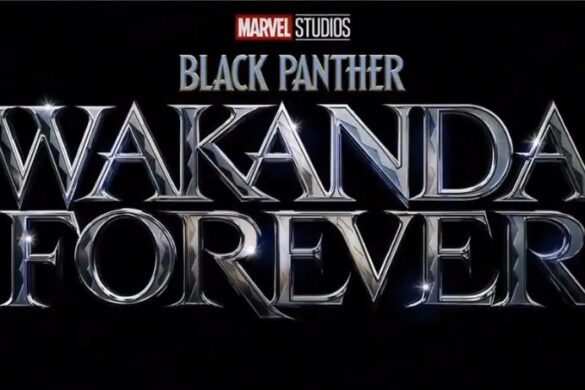