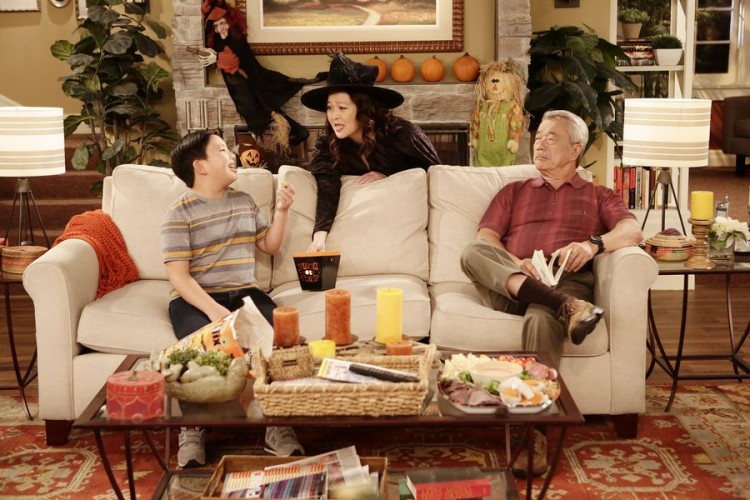 I have to be honest, I’ve never watched Dr. Ken but I was really excited to learn more about the show especially when I heard the name of their latest episode “D.K.’s Korean Ghost Story”. I was on a set visit and met Ken Jeong, Albert Tsai, Suzy Nakamura, Krista Marie Yu as well as Dana Lee. Ken talked about how emotionally grounded this episode is. “If you take away the Korean story, it’s really about a mother worried about losing her son.” Ken feels that this is a universal, relatable story especially to parents who are experiencing the feeling of their kids growing up too fast. 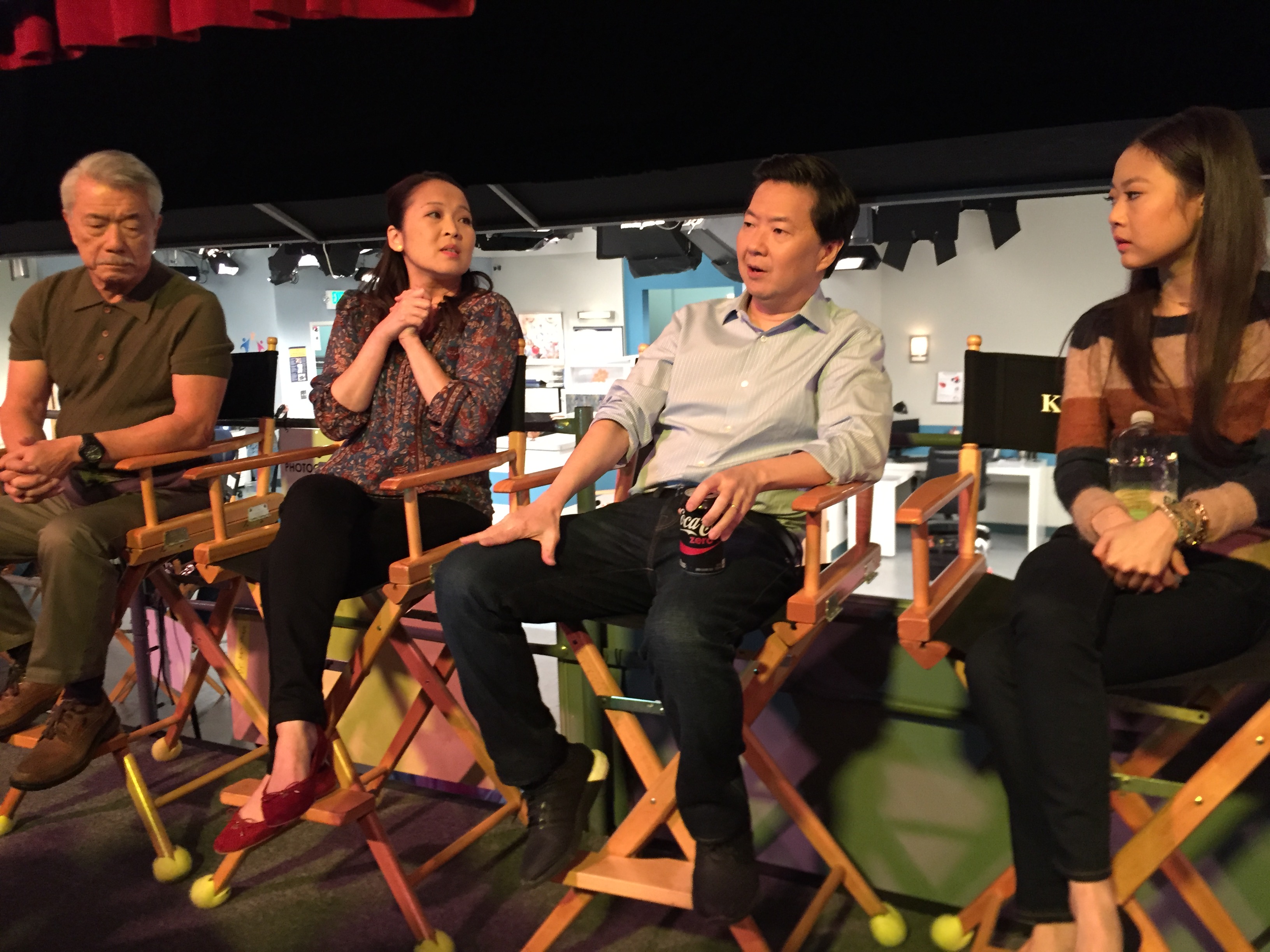 Watching children turn into amazing young adults is extremely rewarding for parents but also seeing them start to leave their childhood behind can be bittersweet especially when they stray from yearly traditions. On the show, Allison can’t seem to scare Dave this Halloween season which makes her sad and he feels he’s too old for costumes! I can commiserate with Allison’s sadness as I’m a mom to a daughter on the brink of tweendom. BUT, it is Halloween and this episode is definitely ground breaking for telling an entire story around Korean myths.

There was hardly any Asians on TV when I was a child. I would watch reruns of Star Trek and would think that Steve Takai had my skin tone or the Nanny in the Courtship of Eddie’s Father was Asian like my mom but everyone else looked like my dad (he was Caucasian). The only thing remotely Korean were the Korean dramas that my mother watched on cable. I don’t speak Korean so I went off the emotions of the characters. The drama was always intense and someone was always crying or angry. My mother also shared ghost stories with me when I was younger. I’m wondering if the ghosts or “Gwishin” featured in this episode were ones that she spoke of.

Suzy Nakamura (plays Allison) shared that the crew wanted to be ethnically, culturally and artistically accurate to give respect to these studies. Usually, in television, we get the white person’s version of culture but the various departments did a ton of research on these ghosts for accuracy. The Bachelor Ghost, the Cheonyeo Gwishin (virgin ghost girl), Joseung Saja (Grim Reaper) are a few of the ghosts in the episode. Google them! These folklores give the episode a creepy edge. That’s what I love about this time of year – getting scared! But, if your kids are sensitive to certain imagery then they may not want to watch this episode as it does get scary. It is prime time TV so it’s not over the top. But I know my daughter isn’t a fan of ghosts. However, this could be a fun family TV night to get your scare on together! 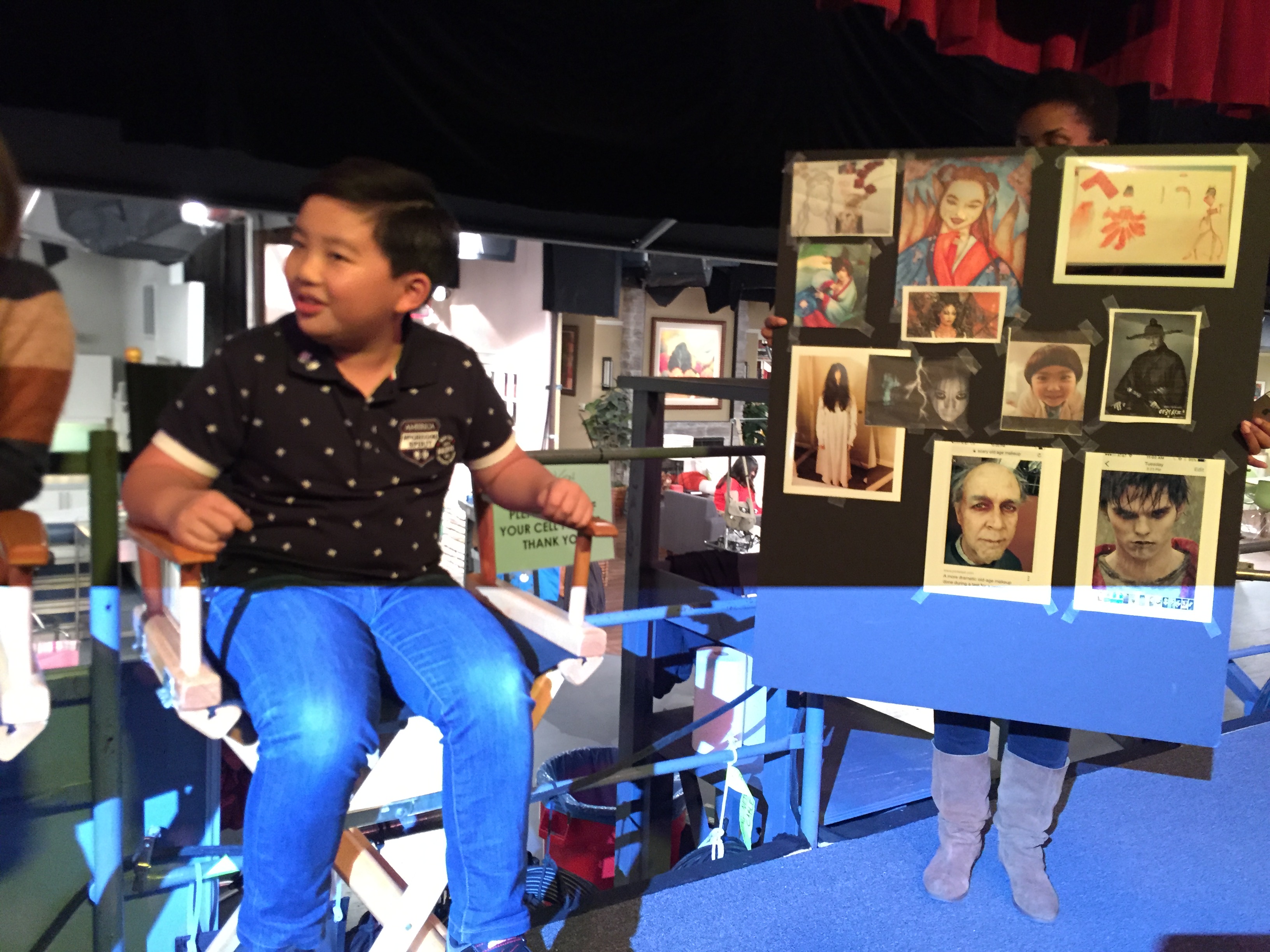 Artists board showing ideas for the look of the “Gwishin”s.

Oh, and I have to mention a scene that was really funny. At the last minute, Ken and Allison’s daughter, Molly, decides to dress in costume for her friend’s party. She raids Ken’s closest and shows off his gold MC Hammer styled running suit. Ken proudly looks on and fondly mentions his break dancing group, the “Bi Bim Bap” crew. HA! Now, I imagine this might go over some people’s heads but I loved it!! Sigh… I love Korean food and my mom made the best bi bim bap. 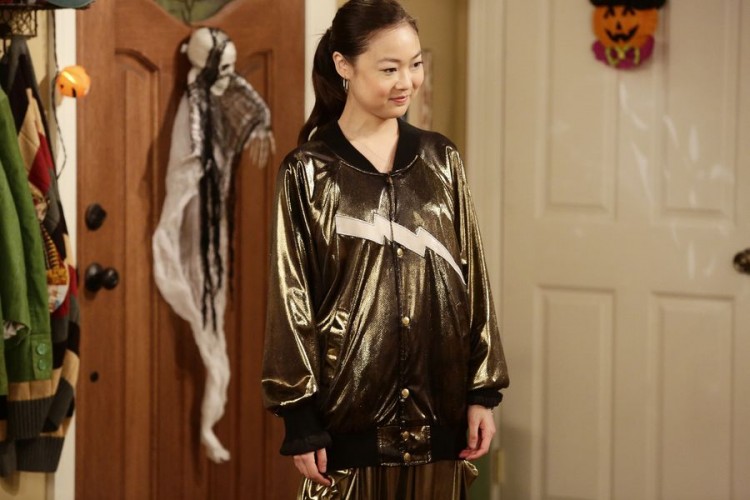 I hope Dr. Ken has a Korean based Christmas episode!! No pressure but this half-Korean girl would love it.

Tune in tonight to ABC 8:30|7:30c to see the episode and to check out all of the hard work the cast and crew put into this Dr. Ken episode- “D.K.’s Korean Ghost Story”.

This post was sponsored by the Role Mommy Writer’s Network.