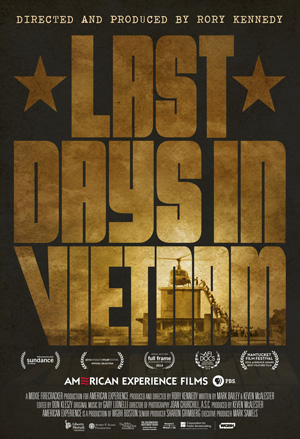 There’s little doubt that the execution of, and ultimately the evacuation from, the Vietnam War was terribly mishandled and ill-conceived. In Rory Kennedy’s film Last Days in Vietnam for the PBS series American Experience, the details of the US effort to extract itself (and the nearly 200,000 South Vietnamese that were assisting the US in the war against North Vietnam) from the morass of that conflict. In sharp yet balanced storytelling, the film portrays the incompetence of the American government while also showcasing individual stories of heroism and daring accounts of those who would do anything to save as many people as they could from the invading north. With the resignation of Nixon in 1974, came a new found attack from the North Vietnamese as they knew the U.S. was on the ropes back at home, with millions of protesters demanding every troop be returned immediately. Though a treaty was signed the year before, it was merely a stalling tactic. As CIA analyst Frank Snepp says, “When the cease fire occurred in 1973, everybody toasted it with Bloody Mary’s at the U.S. Embassy. It was a grand party. We thought peace was at hand. But the Paris peace accord was a masterpiece of ambiguity”. The United States paid for that inarticulate agreement in blood and Kennedy’s deft direction draws on previously unseen footage of the mad scramble of thousands to leave the country. What’s even more gripping are the tales of regular people needing to do what the world’s mightiest country could no; set up make-shift airfields and smuggling operations to save thousands of civilian lives,  once the original plans to evacuate proved inadequate. You can see the absolute desperation in the faces of the Vietnamese being pulled into a World Airways jet as it taxis away from their country and towards the hope of sanctuary in the United States.

April 29, 1975. Desperate South Vietnamese clamber aboard barges in the port of Saigon in an attempt to escape advancing North Vietnamese troops on the day of the Fall of Saigon, ending the Vietnam War. Credit: Courtesy of © Nik Wheeler/Corbis

Last Days in Vietnam will be available on DVD and Blu-ray on April 28, 2015, as well as for online viewing at pbs.org/amercanexperience.

Thanks on your marvelous posting! I certainly enjoyed reading it,
you may be a great author. I will be sure to bookmark your blog
and will eventually come back at some point.
I want to encourage you continue your great writing,
have a nice evening!
beststeamirons2015.com recently posted…beststeamirons2015.com