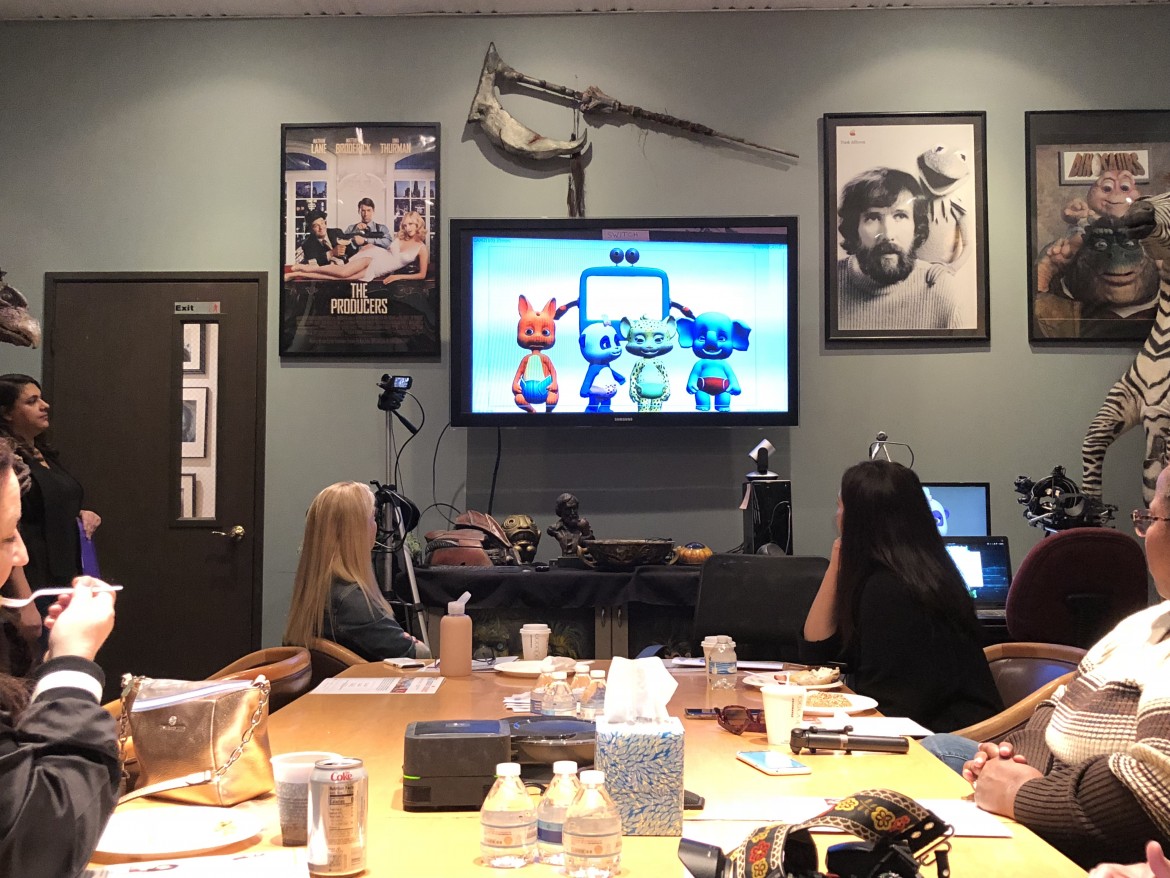 The minds behind shows like Word Party, Sid the Science Kid, and Julie’s Greenroom are led by an incredible group of women who hold creative positions at The Jim Henson Company.

We participated in the Henson Family Hub summit at the Henson Creature Shop (which is in a top secret location). As fans of the iconic and new Henson shows, this experience was like no other, we got to see many legendary muppets up close like Oscar the Grouch and the Baby from Dinosaurs.

Surrounded by these Muppets and props from the shows and films of Jim Henson’s legacy, we sat down in a roundtable with the women who are leading the charge at the studio to create quality entertainment for the whole family in this era of the company.

“It’s moms making content for moms and their kids,” said Lisa Henson, head of the company which is proud to be led and filled with incredible women.

While the company has shifted from predominantly practical muppet shows to new shows in the digital space, the art form of puppeteering is nowhere near dead, but it’s evolved along with modern tech. Programming like Word Party integrates live-puppeteering in rehearsal and motion capture spaces before shooting a show to capture moments in a digital environment. Artists like Dorien Davies, who voices Lulu in Word Party, talked about how she was found performing in a sock puppet show and was invited to attend one of Henson’s adult live programs Puppet Up! She’s one of the company’s small group of performers who can both puppeteer the original puppets but also works with the monitor program that is like a seat with metal arms and can capture reactions as the performers act translating them to the character in the digital space. 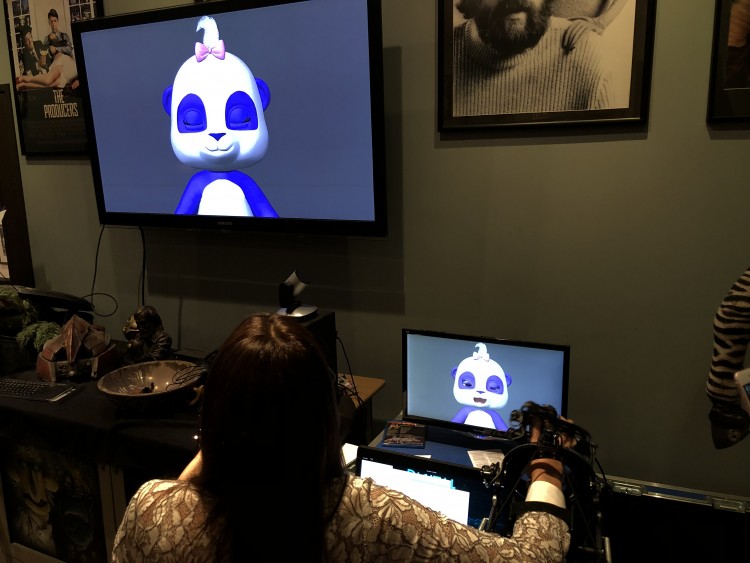 Making Moves in the Henson Family 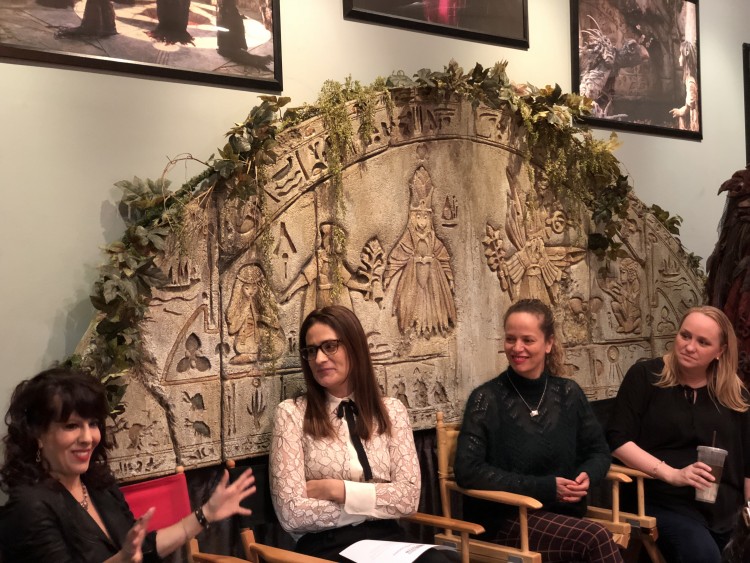 One of the women we also spoke to was Misty Rosas, who also had an incredible story of going from actress to creator of a show at the Company. When Henson was working on Congo, casting actors to perform in the Gorilla suits, they were looking for smaller actresses who could carry a lot of weight. With a past as a gymnast and working costumes at Disneyland, Rosas landed the job and went on to perform in other Henson collaborations with Disney like the Country Bears. As things began to shift over to the digital space, Rosas pitched Sid the Science kid to Henson. Inspired by her nephew and her work with movement, Misty helped develop the performance capture program that is now widely used to shoot these shows. The spirit of puppeteering remained intact, but advancements allowed the addition of nuances of expression and being more able to work off other performers since you could see each other while working in the physical space thanks to cutting-edge tech. Combining “Joyous energy” into Henson’s tradition of educational shows were the building blocks of the company’s current programming.

Sid the Science Kid, which airs on PBS, is one of the most popular shows as it depicts a diverse interracial family and celebrates kids “as the greatest scientists.”

A Party in the Palm of your Hand

Created out of the lack of shows for toddlers heading into the age of pre-k programming, Word Party was one of Henson’s first shows with Netflix. The show focuses on helping kids develop motor skills through play, the start of developing a vocabulary and working through how to identify both their emotional experiences and those of others. Kids as young as a year-old love this show, my best friend’s baby can see when someone is sad that they get a hug! It’s truly incredible and came from identifying a lack of representation for the little ones in that sweet spot before school.

Another discovery that came out of this show’s production was that there is a need for shows that could be watched on the go. Kids while traveling, on errands or sitting at a restaurant watch shows on phones or tablets and so the company formatted Word Party to fill these screens. The parents in the company echoed Jim Henson’s belief that if you’re going to put a kid in front of a screen, it better be meaningful. So thought and the care of parental knowledge from both the minds at Henson and Netflix went into making the show as accessible as possible for viewing both at home and on-the-go. 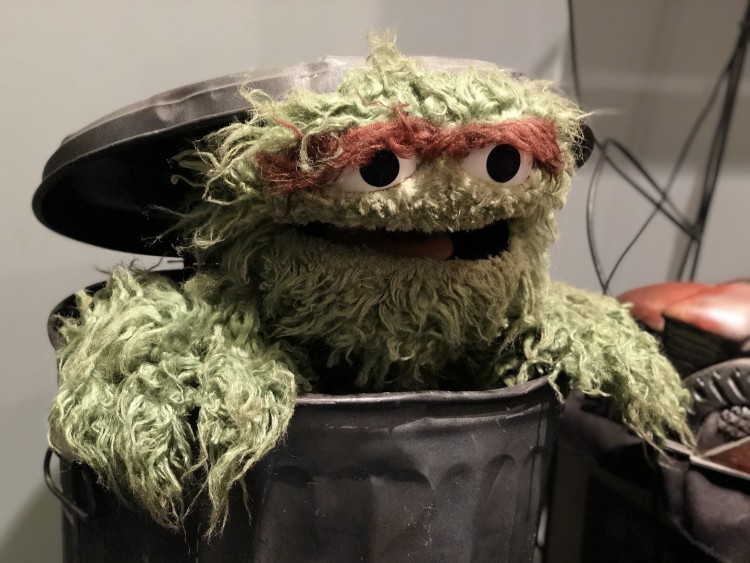 Preserving the magic of Muppetry is still very important in the Henson Family. We went behind-the-scenes inside the creature shop were icons like Kermit, and Miss Piggy were made. It’s a very protected environment, so we were unable to take pics or see the iconic muppets in person. We did get to talk to Julie Zobel, an original puppet builder, as she demonstrated how Kermit was made with a stand-in weasel puppet that was built in the same way Kermit was. I wish we could show pics, but primarily it was very similar to the muppet Jim Henson used when puppeteering Kermit, you could slide your hand in and move the mouth with your thumbs. We learned that if we watched some of Henson’s early work, we could see the shape of the top of Jim’s Hand inside Kermit’s head.

Over time the material of muppets changed. They originally were made of fleece but as years went on the wear on them became apparent as the fleece became stiff and brittle. The builders would attempt to change parts out or clothes, but as television quality advanced and became more HD, the camera couldn’t hide the age of some of our most beloved characters.

Now, there’s new techniques and materials used for current shows that remain in spirit to the company’s legacy but add more flexibility with creating characters. There’s a whole library of removable parts but still sprinkled with old tricks, like using thick black beaded hair pins for eyes or swapping them out for cartoon eyes like Miss Piggy’s.

The most sensational, inspirational, celebrational, muppetational

It was such an incredible experience to hang out with these fantastic ladies for the day at the creature shop. At the end of the summit, we even got to learn a little bit of original puppeteering with Dorien Davies. She also recorded individual messages for the little ones in our lives. I sent my best friend’s daughter, who loves Word Party, a greeting from Lulu and hearing about how she’d watch it over and over reminded me of how the Henson magic is still with us. Henson shows are just as unique as they were when we were kids to this generation of children thanks to the boss women, caretakers of the loved legacy that lives on for generations to come. 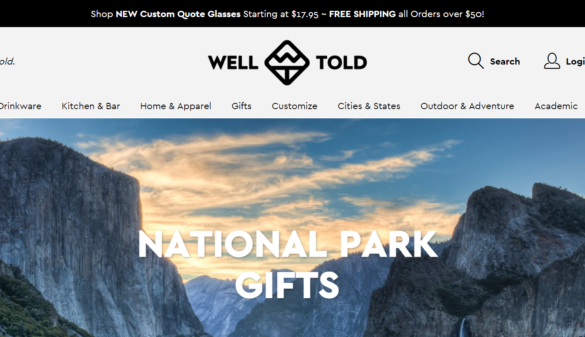 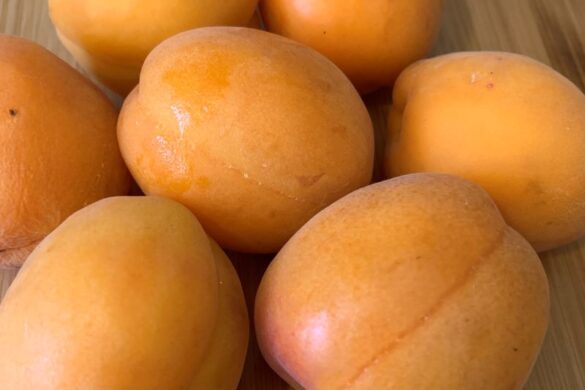