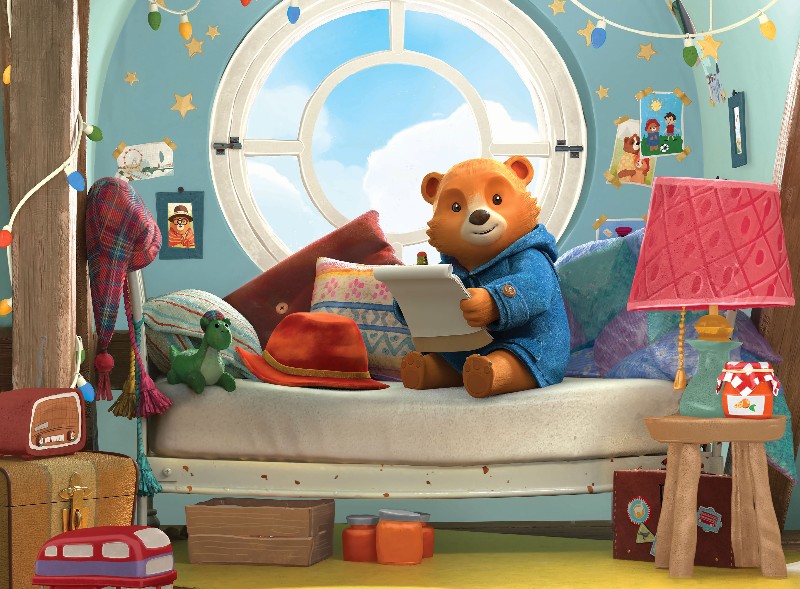 Nickelodeon’s new CG-animated series “The Adventures of Paddington” premieres in the United States on Jan. 20. In addition to the new shows, short-form content and full-length episodes will be available in the United States through Nick Jr. On Demand and on download platforms.

A new song and new stories await fans of Paddington. “The Adventures of Paddington” centers on a younger version of the bear. In the 26 new episodes, Paddington writes to Aunt Lucy telling her about the new things he experiences.

“The Adventures of Paddington” is produced by Heyday Films and STUDIOCANAL in association with Copyrights. Ben Whishaw from “Paddington 1 and 2” returns as the voice of Paddington in the new adventures. He is joined by castmembers Morwenna Banks, Bobby Beynon, Sheena Bhattessa, Darren Boyd, Noel Clarke, Phyllis Logan, Monica Lopera, Sabrina Newton-Fisher, David Schofield, Reece Shearsmith, Liz Sutherland-Lim and Jeremiah Waysome. The new theme song for Paddington Bear is written and performed by Gary Barlow.

In the series premiere, “Paddington Finds a Hobby/Paddington and the Stamp,” Paddington, with the help of Mrs. Brown, discovers what makes a good hobby and gets his arm stuck in a mailbox sending a letter to Aunt Lucy.

“The Adventures of Paddington” is directed by Adam Shaw and Chris Drew and developed for television and written by Jon Foster and James Lamont. The executive producer of the series is David Heyman, who produced the “Harry Potter” films and “Paddington 1 and 2,” and Rosie Allison, who also worked on “Paddington 1 and 2.”