A new trailer for Sound of Metal shows just how much range Riz Ahmed has as an actor. In it, he plays Ruben, a rock drummer, whose sense of hearing is deteriorating rapidly. Though he agrees to live with the deaf community to help him accept his disability, the life-changing experience will force Ruben to reexamine his new life by choosing between his equilibrium and the drive to reclaim the life he once knew. 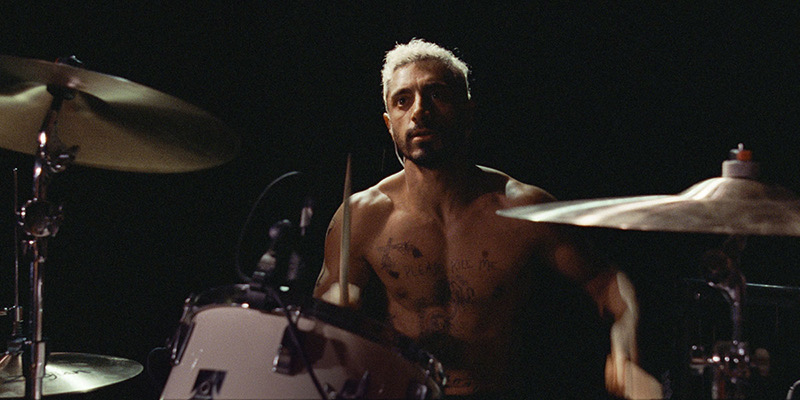 The closed captions and distorted sounds are meant to give its audience of hearing the idea of what it is like to live as someone who is on the verge of losing their sense of hearing. Director Darius Marder utilizes innovative sound design techniques to take audiences inside Ruben’s experience to vividly recreate his journey into a rarely examined world.

Amhed has played some fascinating characters in his career. From a rebel in Rogue One: A Star Wars Story to a man accused of murder in The Night Of, Ahmed has shown us what incredible depth he has as an actor. And his new role could show how he is extending that range. After watching this trailer, I can’t wait to see the film in its entirety.

Here’s the official plot synopsis for Sound Of Metal:

“During a series of adrenaline-fueled one-night gigs, itinerant punk-metal drummer Ruben (Riz Ahmed) begins to experience intermittent hearing loss. When a specialist tells him his condition will rapidly worsen, he thinks his music career — and with it his life — is over. His bandmate and girlfriend Lou (Olivia Cooke) checks the recovering heroin addict into a secluded sober house for the deaf in hopes it will prevent a relapse and help him learn to adapt to his new situation. But after being welcomed into a community that accepts him just as he is, Ruben has to choose between his equilibrium and the drive to reclaim the life he once knew.”
Olivia Cooke, Marder takes Paul Raci, Lauren Ridloff, Shaheem Sanchez, Chelsea Lee, Jeremy Stone and Mathieu Amalric also star.

Darius Marder and Abraham Marder wrote the script.
Sound of Metal opens in select theaters on November 20, 2020. It will then be available to stream exclusively on Amazon Prime on December 4, 2020.