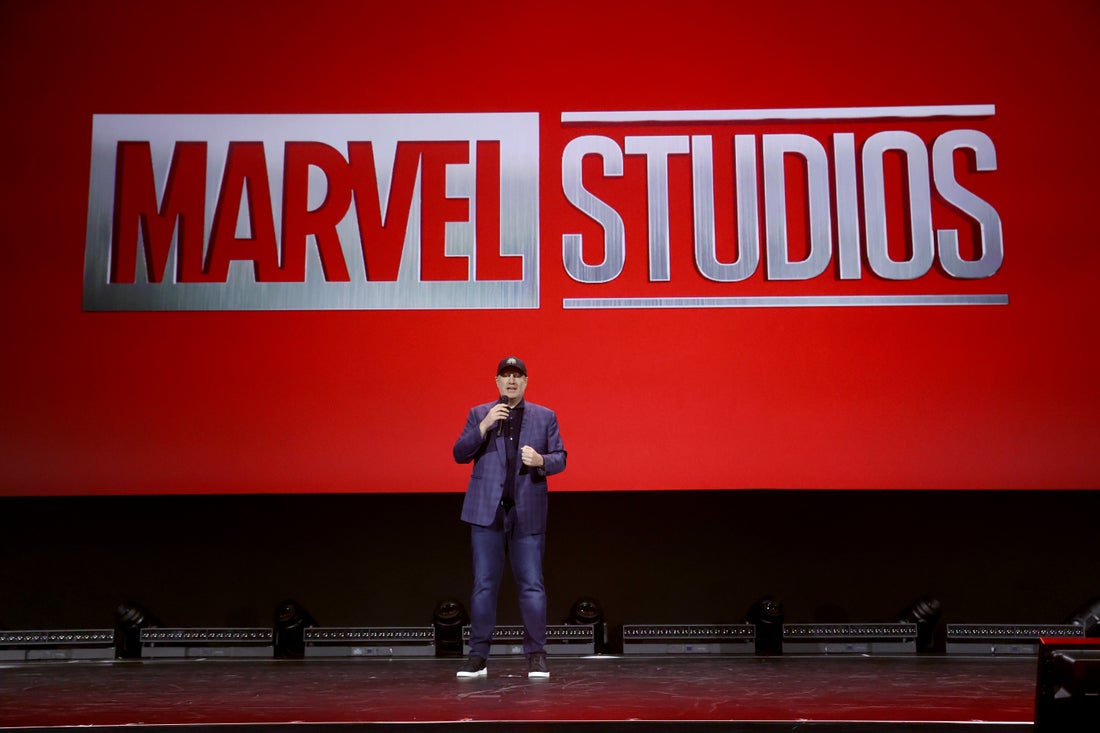 The Marvel Cinematic Universe is just as much of its streaming originals as it is their theatrical films. As such, Marvel Studios president Kevin Feige revealed new looks at all of the shows that are set to appear on Disney+. That includes titles like “Ironheart,” “Echo,” and season 2 of “Loki” as well as some teases of “Armor Wars” and “Daredevil: Born Again.”

First up, “Ironheart” executive producer Ryan Coogler offered fans an early look at the new series that takes place after the events of “Black Panther: Wakanda Forever.” In the show, Dominique Thorne returns as Riri Williams, a young, genius inventor determined to make her mark on the world.

In the footage that we saw, we see Riri in class with an MIT professor (the same one played by Jim Rash in “Captain America: Civil War.” Though she may be a genius, the experiement she’s working on doesn’t quite get the result she wanted. But she’s one determined person whose unique take on building iron suits is both brilliant and flawed.

This is when we first meet Anthony Ramos’ Parker Robbins aka the Hood, a villain who uses magic as opposed to technology. Though, the actor described his character as being complex and couldn’t define Parker as a hero or villain.

One thing is for sure, “Ironheart” delves into the dynamics of tech versus magic. Something of which the MCU hasn’t explored before in any of the films or shows. The new series is slated for Disney+ next year.

Cheadle segued into another Disney+ project he’ll star in, “Armor Wars.” Rhodey fans will see the character in a whole new light, and considering the title of the series, audiences can look forward to all-new suits for the hero, featuring different types of armor.

Production for season 2 of “Loki” is already underway. Arriving to D23 Expo directly from the set were Tom Hiddleston, Owen Wilson, Sophia Di Martino and Ke Huy Quan. Fans also got a glimpse at the upcoming season that picks up in the aftermath of the shocking season finale when Loki finds himself in a battle for the soul of the Time Variance Authority.

In the footage that we saw, we see the banished Loki who landed in a different timeline, glitching as if he doesn’t belong in the universe he’s in now. Think of it as the same kind of glitching the Spider-Mans went through in “Into the Spider-Verse” but on a more realistic level. The brief flashes of the new footage was hard to make out and even harder to understand without any of the context. But we did see Quan as a sort of quartermaster surrounded by all sorts of gizmos and gadgets. In another scene, Casey (Eugene Cordero) is running for his life as if something was trying to kill him. And in another scene, a sharply dressed Mobius stands next to, not one, not two, but three Loki variants. That’s too much for me.

Finally, the trailer closes out with a familiar dynamic with Loki asking Mobius not to see him as a villain. Mobius asks who thinks of you like that. To which Loki riffs off the entire roster of the Avengers, Miss Minutes, and more.

Cast members from “Echo” including Alaqua Cox, Vincent D’Onofrio, Devery Jacobs, Graham Greene, Cody Lightning and Chaske Spencer, hit the stage in Hall D23, providing some insight about Maya Lopez, whose ruthless behavior in New York City catches up with her in her hometown. Audience members were treated to a special look at the upcoming series that also stars Tantoo Cardinal and Zahn McClarnon. The new series will stream soon on Disney+.

In the footage that we saw, which had closed captioning, we see how Maya Lopez comes from a long line of strong women whose skills in hand-to-hand combat and firearms carried on into her. A sort of echo if you will. “Their strength echoes through you,” an old man tells Maya.

In another scene, we see another old man attach a piece of metal to Maya’s prosthetic leg. This piece has an inscription that reads “warrior.” And she signs that she needs to go home. While those obligatory action shots give us a sense of her fierceness, we also get to see a warmth to her as she heads home. And the trailer closes with a shot of Wilson Fisk (Vincent D’Onofrio), whose eye is bandaged, telling Echo, “It’s been a long time.”

Production doesn’t kick off till next year for “Daredevil: Born Again,” but Feige and D’Onofrio were eager to chat about the new show coming to Disney+. Fans went wild when Charlie Cox appeared on stage to discuss the 18-episode new season of the show. And since production isn’t yet underway, fans were treated with a clip from an upcoming episode of “She Hulk: Attorney at Law”—now streaming on Disney+—that features the superpowered hero.