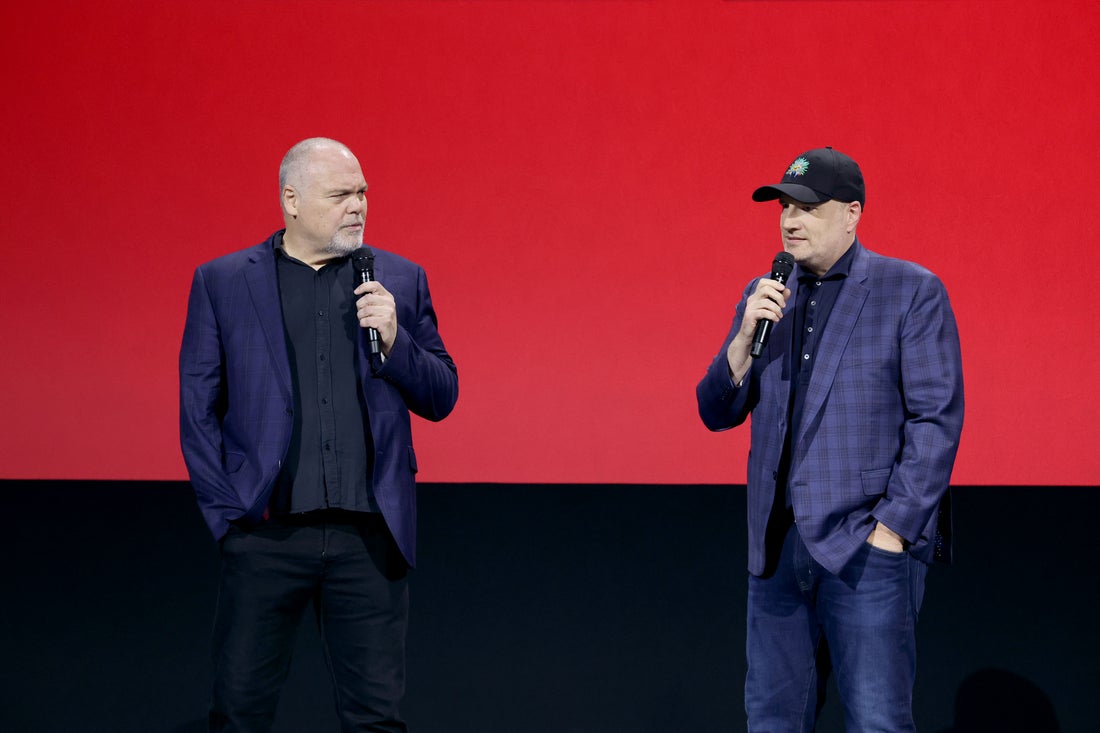 While Marvel Studios is known to drop some exciting surprises at the San Diego Comic-Con, they also left a few for those attending the D23 Expo. And today was filled with jaw-dropping news regarding “Wakanda Forever” the final film of the Marvel Cinematic Universe, how “Ant-Man and the Wasp: Quantumania” links directly to “Avengers: The Kang Dynasty,” announcing the “Thunderbolts” roster, and more. 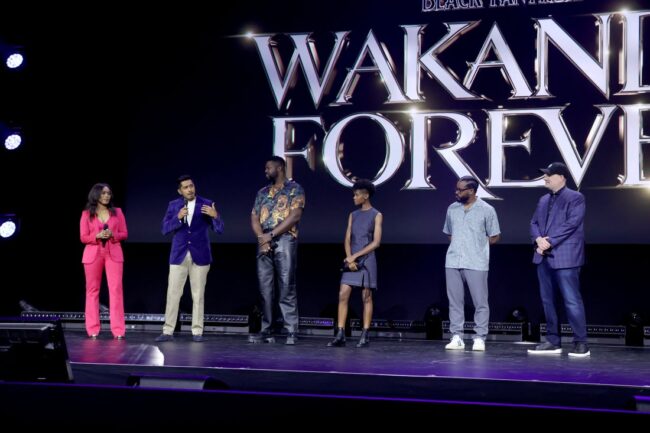 The event kicked off with Ryan Coogler sharing an exclusive look at a scene and some highlights from the much-anticipated follow-up to 2018’s “Black Panther.” Much to the crowd’s delight, cast members Angela Bassett (Queen Ramonda), Letitia Wright (Shuri), Winston Duke (M’Baku) and Tenoch Huerta (Namor) joined Coogler and Feige on stage. In the story, the Wakandans fight to protect their nation from intervening world powers in the wake of King T’Challa’s death. The heroes must band together to forge a new path for the kingdom.

In the footage that we saw, the United Nations are unhappy with Wakanda not sharing their most valuable resource, Vibranium. While the UN justifies its concerns with how Vibranium may be used as weapons and how the resource can go passed metal detectors unnoticed. However, Queen Ramonda assures that their concern is valid, but they never intend to trade vibranium because they know what would happen if it fell into the wrong hands. She even warns the committee that they know how the UN whispers behind their backs.

We are then taken to a Vibranium facility that is about to be infiltrated by a military group who intends to pilfer the resource. But these are the Wakandans, they are prepared for anything. And rather than the soldiers opening a vault by force, they are met with the Dora Milaje, who dispenses of the group rather easily, so easily that they bring them back to the UN. Quite embarrassing.

Ant-Man and the Wasp fans have been anxiously awaiting the release of “Ant-Man and the Wasp: Quantumania. Though it may be the final film of the trilogy, it probably won’t be the last time that we see Scott Lang (Paul Rudd) and Hope Van Dyne (Evangeline Lilly), as the film’s big bad is Kang the Conqueror, a time traveling villain who has already appeared as a variant in “Loki.”

In the film Scott Lang and Hope Van Dyne team up with Hope’s parents, Hank Pym (Michael Douglas) and Janet Van Dyne (Michelle Pfeiffer), and Scott’s daughter, Cassie Lang (Kathryn Newton), to explore the Quantum Realm, interacting with strange new creatures and embarking on an adventure that will push them beyond the limits of what they thought was possible.

In the footage, we see that Cassie became interested in the family business of studying the Quantum Realm. While Janet is a bit upset that Hope didn’t take on that initiative, Scott is worried that Cassie is getting in over her head. Soon, one of Cassies experiments goes haywire, causing the entire family to be sucked into the Quantum realm. There they meet an assortment of characters, including one played by Bill Murray, who may or may not have had a relationship with Janet when she was trapped. There were also teases of MODOK, and Kang, who believes he had killed another Ant-Man in a different universe.
Hitting theaters Feb. 17, 2023, the film connects to “Avengers: The Kang Dynasty,” said Feige.

Later on, director Julius Onah joined Feige on stage to announce “Captain America: New World Order.” While filming hasn’t started yet, the two made a few casting announcements. Of course, Anthony Mackie returns to reprise the role as the title hero. And he will be joined by “The Falcon and the Winter Soldier” costars Danny Ramirez, who played Joaquin Torres, and Carl Lumbly, who played Isaiah Bradley. But the biggest surprise is that Tim Blake Nelson would return to reprise his role as The Leader, a role he first played in The Incredible Hulk. 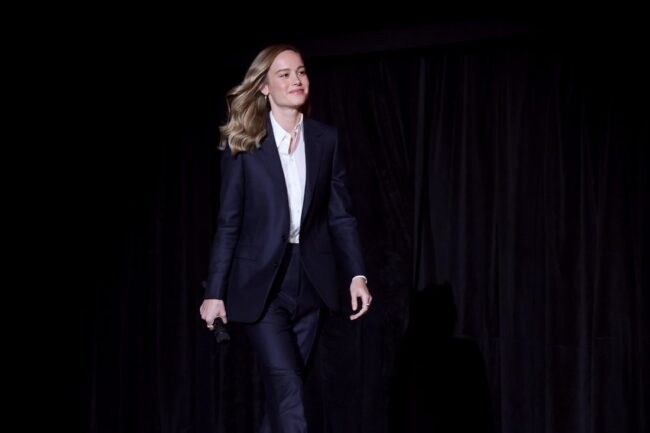 In the footage, we see a shot of SABER, a brand-new space station managed by Nick Fury (Samuel L. Jackson). He is overseeing a new mission that requires someone of Monica Rambeau’s skill set to investigate a mysterious portal that opened in space. As she flies towards, Monica accidentally touches it, although it gets an unexpected result. Because she is teleported to the moon, while Kamala Khan appears inside of the space suit that Monica was wearing. Surprised, Kamala can’t help but gush at the fact that she is floating in front of the Nick Fury.

Soon Monica, Kamala, and Carol learn that their powers are intertwined and if they use it, they will swap places in an instant. Which leads back to the post credit scene revealed during “Ms. Marvel.” Though Kamala believes they are a team, Carol says they are not. But the reality is, they are, and they will need to rely on each other if they are to defeat the film’s latest villain, a new Accuser, or at least one that wields a hammer.