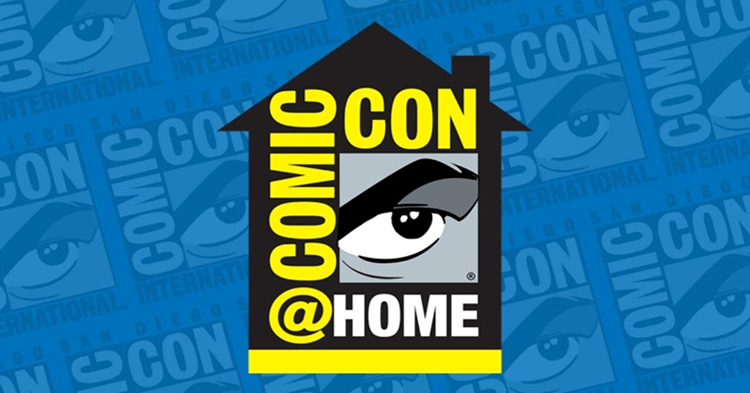 If you haven’t been able to experience SDCC, here is a perfect opportunity as Comic-Con@Home will have no attendance limits and will be open to everyone.

Thousands of people would have been descending on San Diego this week for Comic-Con, me included. But 2020 had other plans as anything involving large group gathering, such as sporting events, concerts and conventions have been cancelled.

Some of these conventions have gone virtual, such as Wondercon@Home back in April and Anime Expo Lite during the July 4th weekend. San Diego Comic-Con is no different as they have organized Comic-Con@Home, July 22-26.

If you haven’t been able to experience SDCC, here is a perfect opportunity as Comic-Con@Home will have no attendance limits and will be open to everyone. Although not quite the same as the real thing, as there won’t be crowds of people, Comic-Con International has provided some content, events and panels to help you create your own Comic-Con@Home experience. 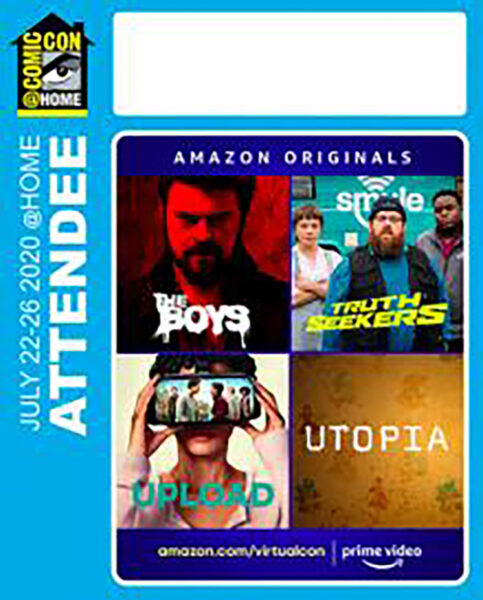 Now it wouldn’t be SDCC without a badge. You can download and print out a Comic-Con@Home badge here, sponsored by Amazon Prime Video. Badge choices: Attendee, Professional, Exhibitor, Volunteer, Child and even one for Pets. These badges will slip into the badge holder from a previous year too.

On your own or hanging out with family and friends for Comic-Con@Home? Turn your house into Comic-Con@Home with downloadable and printable signage, as well as official Hall H and Exhibit Hall announcement audio clips, which can be downloaded here. 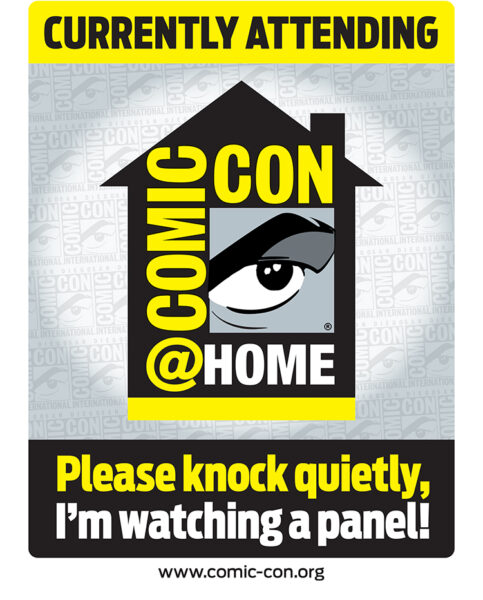 One of the audio clips that is missing, which I wish they would have included, is the one that says, “There is no running in the Exhibit Hall.”

In all my years of going to SDCC, as an attendee or vendor, I have never gone to the Hospitality Suite. The ConSuite at SDCC provides complimentary snacks and drinks for attendees with a badge. You can download snack recipes here, including the famous ConSuite Onion Dip. 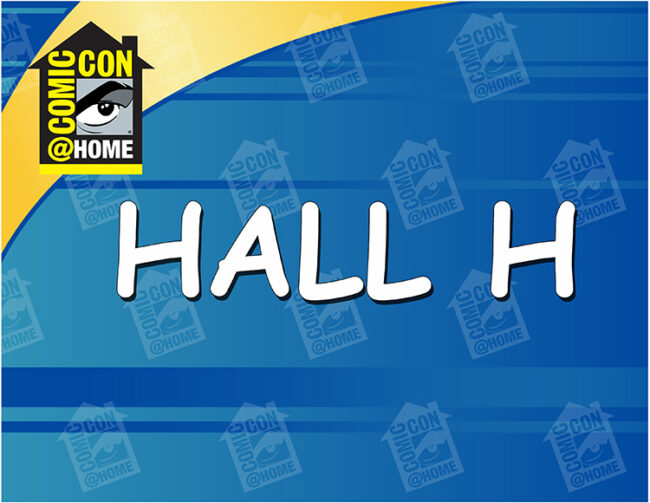 There will be Comic-Con@Home panels beginning Wednesday, July 22 through Sunday, July 26. The program schedule can be found here, but here are a few of the confirmed streaming panels:

Amazon Virtual-Con is an official sponsor of Comic-Con@Home. This digital experience will consist of a mix of live content, scheduled events and experiences from the various Amazon brands and platforms. The full schedule will go live at 12am PST the morning of July 23. 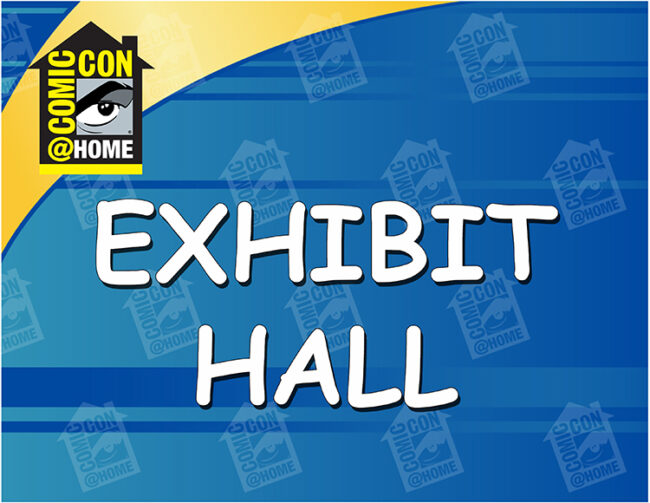 The Comic-Con@Home Online Exhibit Hall will go live on Wednesday, July 22. You can check out the floor plan and list of exhibitors who were confirmed for this year, before it was cancelled, at the link here. Many of which have already announced some of their exclusives for Comic-Con@Home via social media. Below are just a few of the retailers that will have exclusives: 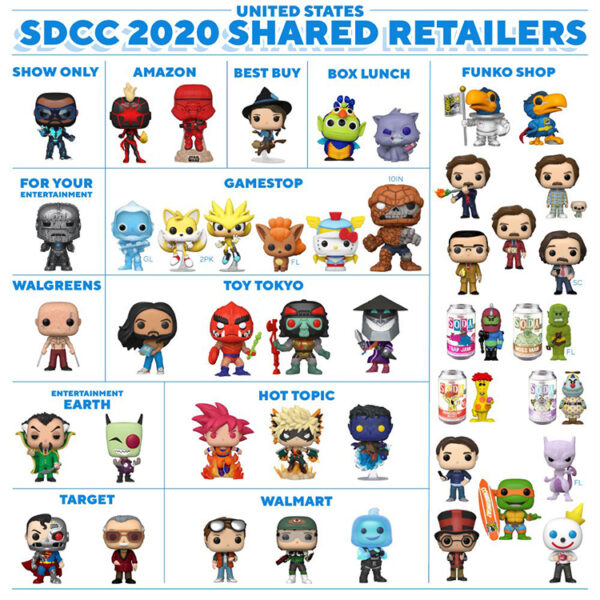 Funko. The full list of SDCC exclusives that will be available online and at shared retailers have been announced. Which ones will you be trying to get?

Mattel. They did an early pre-order with two of their exclusives through Entertainment Earth, but will be offering a few more exclusive items through their Mattel Creations Instagram.

Hallmark. Christmas in July continues as Hallmark will be offering up a few exclusive ornaments, pin and itty bitty through a special PopMinded.com portal. This portal will be accessible through the Comic-Con@Home virtual event page. 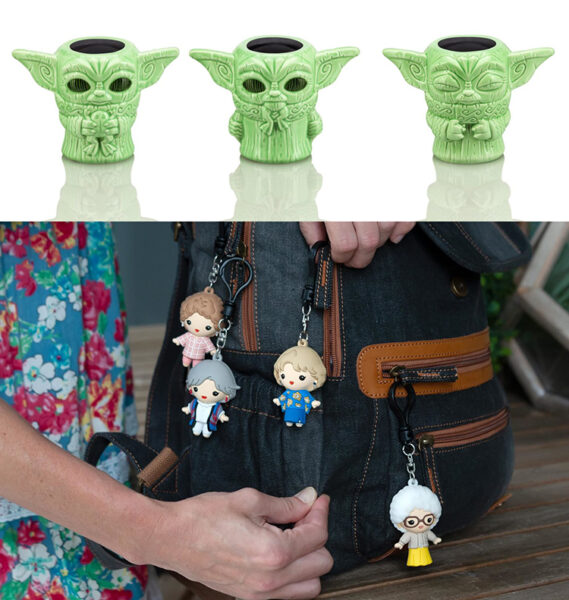 Toynk. You’ll want to check out their exclusives if you are into The Golden Girls. They will also be releasing The Child “Baby Yoda” Geeki Tikis. 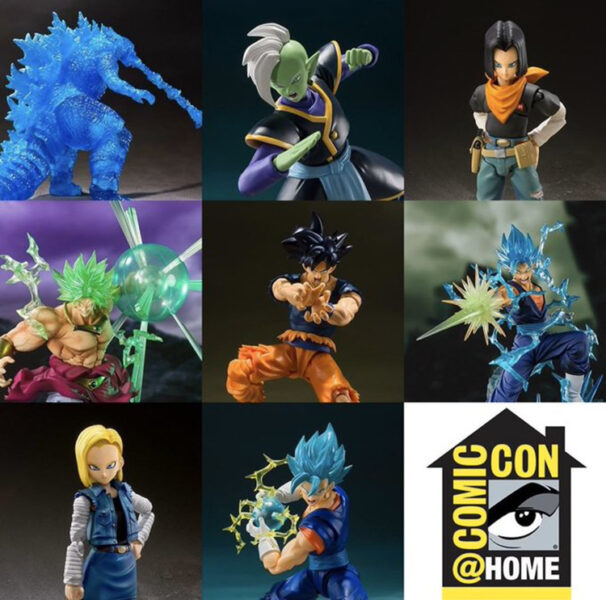 Tamashii Nations. Pre orders are open for the translucent clear blue Godzilla and a bunch of Dragon Ball figures.

Toddland. Family Guy, American Dad and Bob’s Burgers exclusive shirts, pins, stickers and totes. Many of these items are timed releases and will be printed to the number ordered. 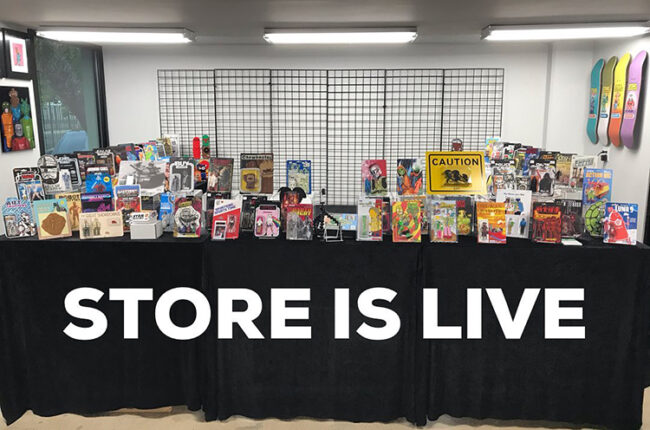 DKE Toys. If you are into limited edition, custom bootleg figures, then you’ll want to check out DKEcon. 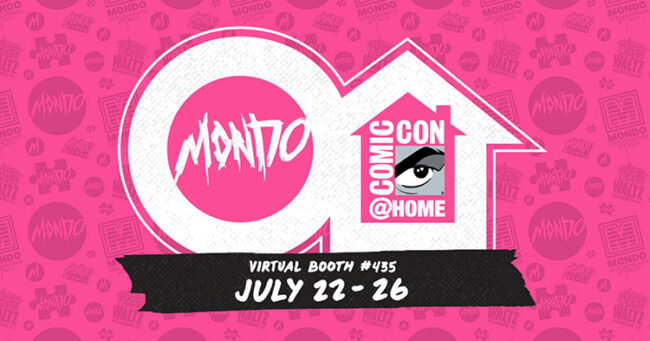 Mondo. They will be releasing special items everyday of the Con at set times. So you’ll have to check everyday for their releases.

You’ll have to be quick to pickup some exclusive prints, pins, original art, and more from these artists: 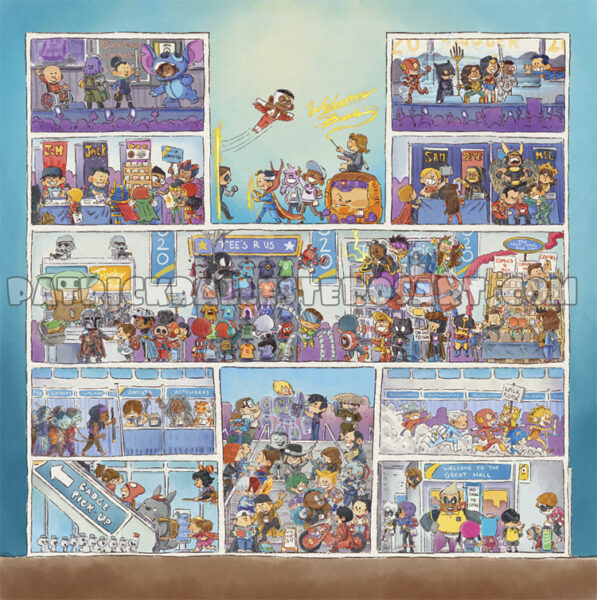 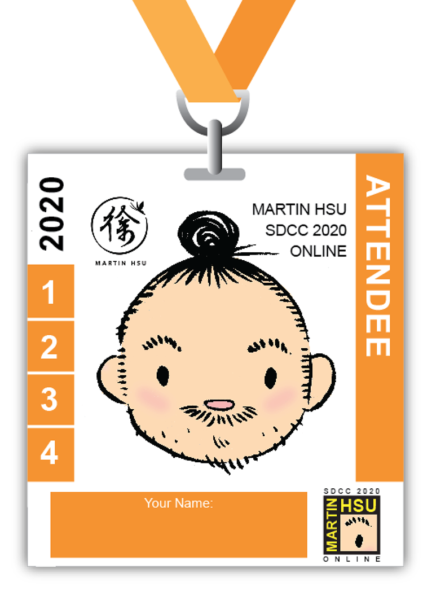 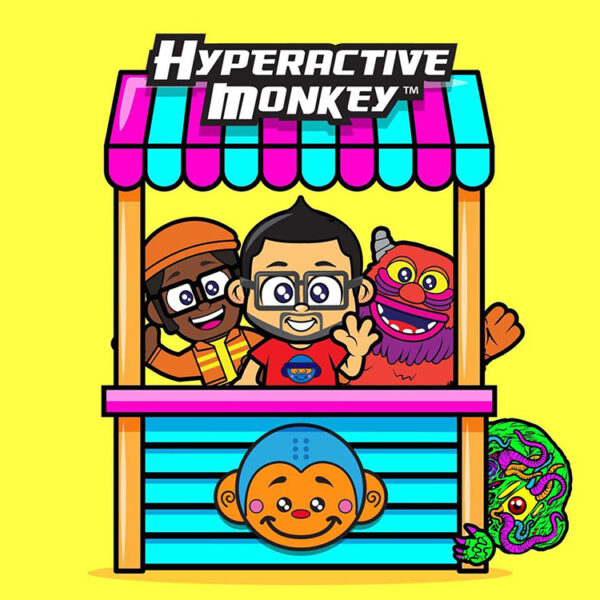 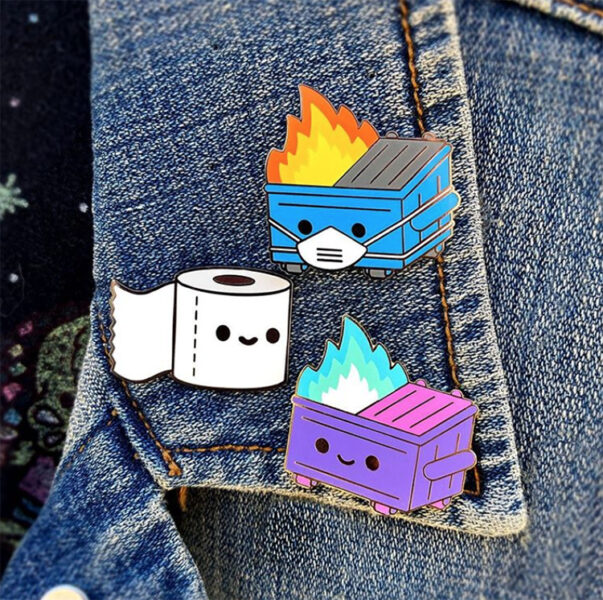 There are just too many exclusives to list, but one of the best places to check them all out is SDCC blog.com. They have the most up to date information on all things Comic-Con. 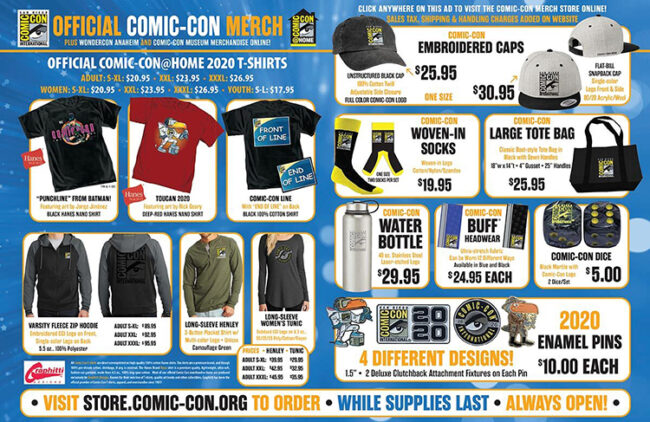 Comic-Con has produced some really nice souvenir merchandise this year and you can purchase them here.

Now, if you are wondering about what happened with the passes for SDCC from this year. Well, those that purchased a pass this year can keep that pass for SDCC 2021 or they can get a refund. That being said, I am not sure how many passes will be sold for 2021 since a large number of 2020 pass holders will be holding on to them. I’m going to guess that there will be a much smaller number of passes available.

Such a bummer that we’ll all be missing out on this year’s Comic-Con. But excited that San Diego Comic-Con 2021 is scheduled for July 21 through July 25.