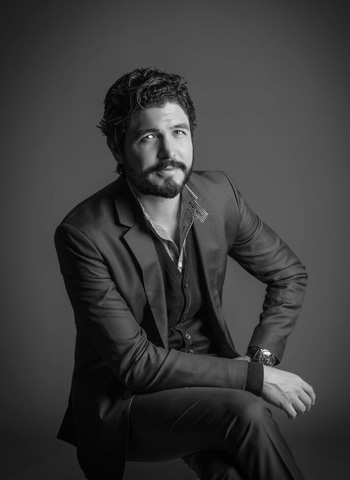 It was one of my most proud moments because I know if I did one thing right, I chose Jakob Salvati to play Little Boy. That was a big accomplishment. – Alejandro Monteverde

The film centers on a little boy, Pepper Flynt Busbee (Jakob Salvati), who is willing to do whatever it takes to end World War II so that he can bring his father home. Through his struggle, Pepper learns the value of self sacrifice (at times hilariously depicted) to the importance of racial equality, and many lessons in between.

We had the honor of speaking to Alejandro Monteverde. He discussed filming in Mexico, finding the right “Little Boy” and why the film is rated PG-13.

What challenges did you encounter in the making of Little Boy?

I wanted to explore what it is to be the ultimate underdog. And for me, underdogs are children. They are dependent for everything. That was the beginning of the writing process – figuring out the character which I made the 8-year-old boy. We explored WWII, which is the greatest war of all time. And, that was the challenge of this movie.  I thought it was going to take six months to write the script, but it ended up taking us three years. It was a very complex story. . The story explores how war effects not only those that leave, but those that stay. And, everything is seen through the eyes of the Little Boy.

What qualities were you looking for when you were casting the actors? Particularly the actor for Pepper’s/Little Boy’s role.

I knew there wasn’t room to make mistakes. I knew that Little Boy was the movie, and if was I to cast the wrong boy, I wouldn’t have a movie. We saw over 1,000 kids all around the U.S. After looking and looking and looking, I ended up finding one kid, who was really good. He was a major human being. He was incredible, had all the major credentials, had acted in many other films, and had everything. And, we gave him the role. After two weeks, I could not explain why, but I had a very strong feeling that I had picked the wrong actor.

In the last minute, I switched for a kid that had never acted. He didn’t even come to an audition. He was just waiting for his brother in the lobby. I was walking after I took a break, and saw him seated in there, and I gravitated toward him. We both laughed at an unspoken joke: because we didn’t say anything. I knew he had something if I could just put a camera on him people would see what I was seeing. So, I went back inside, and I told the casting director that there was a kid outside that I really want to see if he can come and audition.

But he had never acted in his life and he was not prepared for the audition. He came to the audition and was really bad, but I had a very strong feeling about him. Of course, my casting director thought I was going crazy. I told them I still wanted to see him. She said, “No.” I was eventually able to go around her through another assistant, and got a second read with him. The second time, it also went really bad. But, I knew it was him. I just had to prove it, and had to convince everybody around me. I literally spent two days working, rehearsing with him. Finally, after working with him, I got him front of the casting directors, producers – everybody. Everybody was moved to tears. It was an incredible audition. Right away, we gave him the role. It was one of my most proud moments because I know if I did one thing right, I chose Jakob Salvati to play Little Boy. That was a big accomplishment.

What will moviegoers get out of this movie that they are missing in larger distributed films?

They’ll get heart. I left it on the battlefield. I put my soul into this film. We live in a society, and we are continuously taught anytime you want to believe something outside of the ordinary, the first thing we hear, “Oh, that’s impossible.”
The minute we hear, “That’s impossible”, we should really say, “Oh. Maybe, I should take that as an opportunity to actually do it.” Because that’s a part of life, where anytime you’re trying to achieve anything impossible becomes great: whether it’s cinematic or the light bulb. Here, you’re looking at a little boy who had very limited resources. All he has is this notion that he can do something to bring his father back. And, he’s willing to do whatever it takes to bring his father back. It’s a great love relationship between a father and son, which transcends between the big relationship among families, friends and human beings. In the end, it’s a very inspirational film and story. I believe that if you leave the theatre believing in the impossible, that’s a huge accomplishment.

I read that you filmed in Mexico rather than in California. What was that experience like for you and what was the deciding factor on the set location?

Shooting in Mexico, rather than in California – it was amazing. I was born and raised in Mexico.  I wanted to find a Norman Rockwell town in the U.S. We found a few, but it was going to be ridiculously expensive to shut down the town and shoot. It was out of the question. So, when the option came up to shoot in Mexico, and build an entire town from scratch, it was news to me! I was literally taking the painting and giving it to the production designers. I wanted this street to look this, and I wanted Norman Rockwell because he captured the colloquial lifestyle of America during the 1940s. He was the depiction of the American culture. I wanted to tell the story from the point-of-view of a little boy. And, from the perspective, as if Norman Rockwell was telling the story. So, I literally took all of his paintings, and replicated the town in his style. It was a very unique experience, where I used sometimes hundreds of carpenters, building an Americana town out of a Norman Rockwell landscape. In the end, the entire town was built where you could walk through, everything, the streets: telephone pole, porch over the water, everything that you saw in the film – everything that was built – even the jungle. It was a wonderful experience. The people in Mexico were really hardworking, very excited and great energy.

Is there something that you want my readers to know about Little Boy?

I hope Little Boy does very well. It’s unfortunate we’re constantly being labeled. But, every time, we’re getting more divided and more divided. The first thing that people want to do is put you in a box. In my case, they want to put my films in boxes and label them without even seeing them sometimes. And if they see them, they quickly put placed and labeled. In my opinion, we’ll be quickly amazed to see how much we have in common with people who we think we believe we disagree with. That’s why in Little Boy you have, a man who’s more interested in the will of man, than the will of God. So becomes best friends with the Japanese man. And, it’s that’s polarization that makes Little Boy tolerant. It’s that conversation, the minute you get to know somebody, the harder it is to judge that person. I just think this whole divisive world that we’re living on right now is so strong.

Right now, I’m staying away from politics because politics divide. And, I like to make movies that unite. The movie is for all audiences. Little Boy is a movie about size: David and Goliath. Little Boy is David, and Goliath is way bigger. The only way films like mine survive is because of word-of-mouth from people like you. We don’t have the marketing dollars that bigger films have. So, we really need all the help in the world. We will not survive unless we have word-of-mouth. Anything you can do for us, we’re at the mercy of our audiences. It’s only PG-13 because of racism. I have a 7-year-old, and that’s why we got the PG-13 rating. It’s good, clean, family film. I wish it could be PG-8, but there is no such rating. It’s a good rating for children, because it exposes some things, and they come out with some truths. April 24 is the release date