Disney+ will celebrate the second anniversary of its launch later this November, and Disney is inviting everyone, well, everyone with a subscription, to celebrate. The announcement was made earlier today by CEO Bob Chapek during an investors meeting. “The inaugural Disney+ Day will be a grand-scale celebration of our subscribers across the entire company,” he said. “This day of appreciation brings to life our mission to entertain, inform, and inspire fans and families around the globe through the power of unparalleled storytelling, and will become an annual tentpole event to be amplified across our global businesses.”

This means we will be seeing fresh new content from Disney, Pixar, Marvel, Star Wars, and National Geographic. But the biggest news to come out of this is that “Shang-Chi and The Legend of The Ten Rings” will be making its streaming debut that day. Additionally, “Jungle Cruise,” will also drop. Streaming originals like “Home Sweet Home Alone” and all-new original series of “Frozen” shorts from Walt Disney Animation Studios called “Olaf Presents.”

In honor of the second anniversary of Disney+, subscribers will have access to promotions and experiences across the Company. Disney Parks and Resorts around the world and Disney Cruise Line will roll out the blue carpet for Disney+ fans with some surprise and delight moments including photo opportunities, character moments and more; shopDisney.com will have special offers; popular network shows and syndicated series will join in the celebration along with talent and series across ABC, Disney Channel, ESPN and ESPN+, Freeform, FX, Hulu, National Geographic in the U.S., and on owned channels abroad.

Here’s the full line-up of what you can expect to see be added to the Disney+ library:

• The streaming premiere of Marvel Studios’ “Shang-Chi and The Legend of The Ten Rings”
• The beloved Disney family-friendly adventure film “Jungle Cruise,” available to all subscribers
• The new Disney+ Original movie “Home Sweet Home Alone,” a reimagining of the popular holiday franchise
• An all-new original series of shorts from Walt Disney Animation Studios called “Olaf Presents,” which sees Frozen’s beloved snowman retelling several classic Disney tales as only he can
• The domestic Disney+ streaming debut of fan-favorite shorts from Walt Disney Animation Studios including “Frozen Fever,” Oscar®-winning shorts “Feast” and ”Paperman,” Oscar-nominated Mickey Mouse short, “Get A Horse!” and more
• An animated short film “Ciao Alberto” from Pixar, featuring characters from this summer’s animated hit breakout film “Luca”
• A new short from The Simpsons that pays tribute to Disney+’s marquee brands
• The first five episodes from season 2 of “The World According to Jeff Goldblum” from National Geographic
• A special celebrating the origins and legacy of Star Wars’ legendary bounty hunter, Boba Fett
• A special celebrating the Marvel Cinematic Universe on Disney+ with an exciting look towards the future
• “Dopesick,” an original series starring Michael Keaton, which will be released in international markets as part of the Star general entertainment content offering.

In honor of Disney+ Day, Disney+ will make its debut in South Korea and Taiwan on November 12, and in Hong Kong on November 16, bringing Disney’s iconic characters and stories into the homes of new audiences around the globe. And we can expect more exciting content premieres, consumer offers, and news will be announced leading up to Disney+ Day. 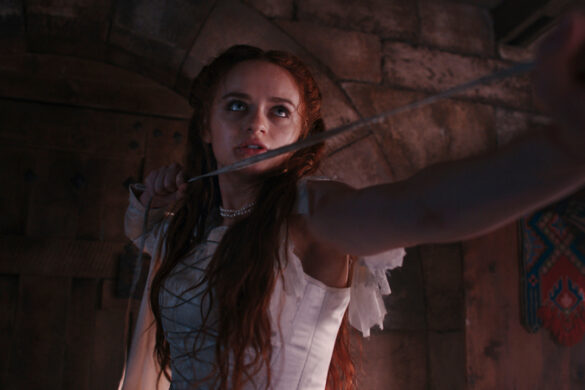