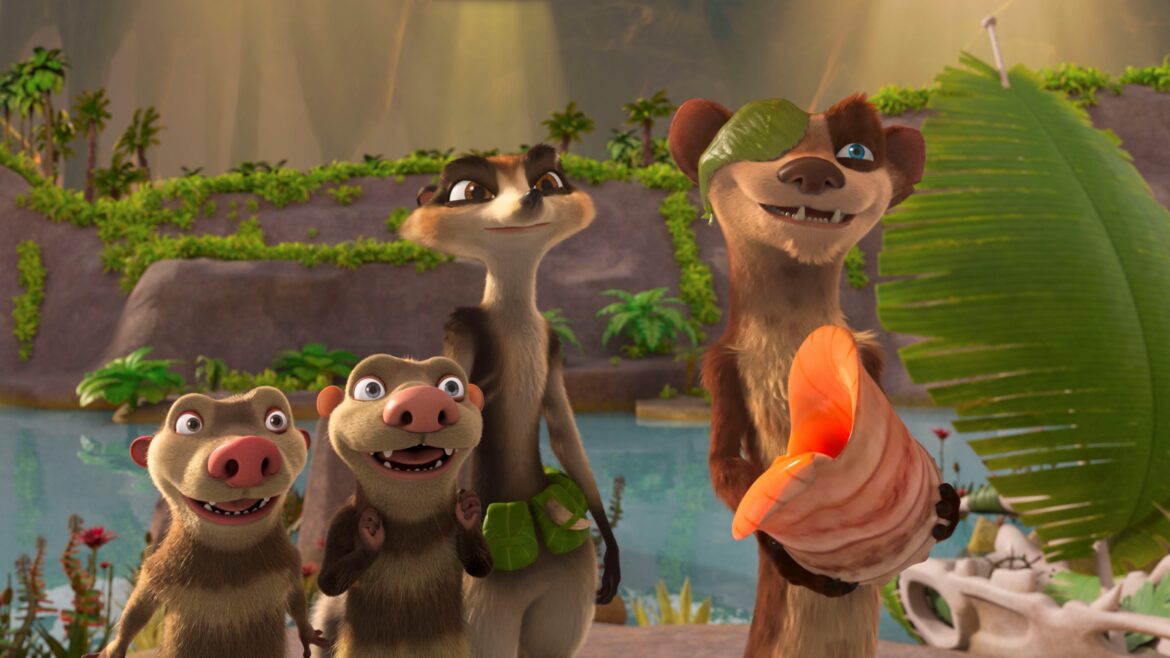 History says that the world would forever be changed after the event of the Ice Age, the melt down, the meteor that killed the dinosaurs, and the Continental drift. Of course, fans of the animated Ice Age film franchise know that Manfred (Ray Romano), Ellie (Queen Latifah), Sid (John Leguizamo), and Diego (Denis Leary) survived all those natural cataclysm. Today, Disney+ unveiled the first trailer for “The Ice Age Adventures of Buck Wild.” This latest chapter centers on thrill-seeking possum brothers Crash and Eddie finding a place of their own but accidentally trapped in “The Lost World,” a stretch of land beneath the ice in a massive cave inhabited by dinosaurs. Though the experience nearly kills the two, they are rescued by the one-eyed, adventure-loving weasel Buck Wild (Simon Pegg). 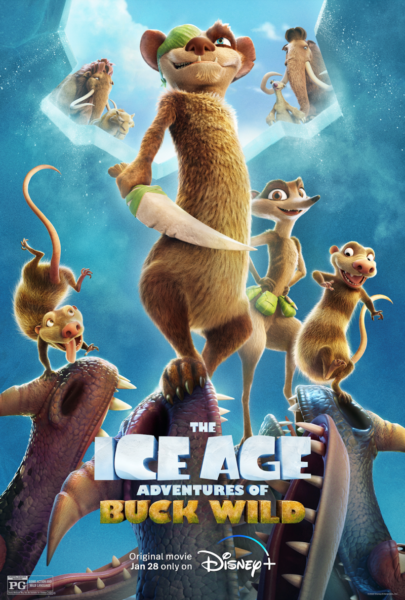 So it seems like the film franchise has run out of prehistoric events that shaped the Earth that we walk on today. Now it’s shifting in a new direction with the misfit characters going on all sorts of wild adventures. One has to wonder what will happen if there is no more story to tell in that time period. Will the ice age heroes find themselves resurrected in a modern world?

Here’s the official plot synopsis for “Ice Age Adventures of Buck Wild”
“The Ice Age Adventures of Buck Wild” continues the hilarious escapades of the sub-zero heroes as they create more prehistoric pandemonium. Eager for a little independence, the thrill-seeking possum brothers Crash and Eddie set out to find a place of their own but soon find themselves trapped beneath the ice in a massive cave inhabited by dinosaurs. They are rescued by the one-eyed, adventure-loving weasel Buck Wild, and together, with the help of some new friends, embark on a mission to save the Lost World from dinosaur domination. 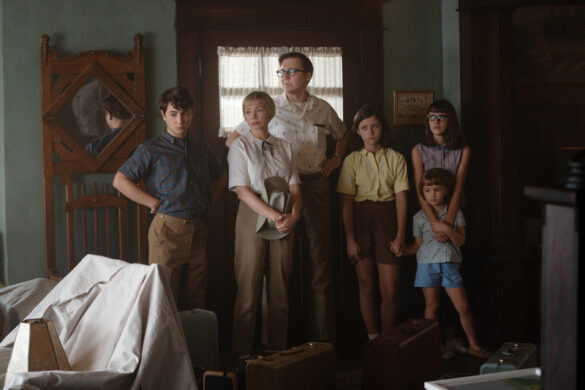 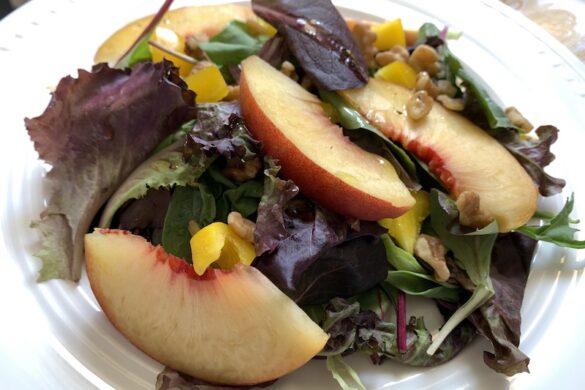