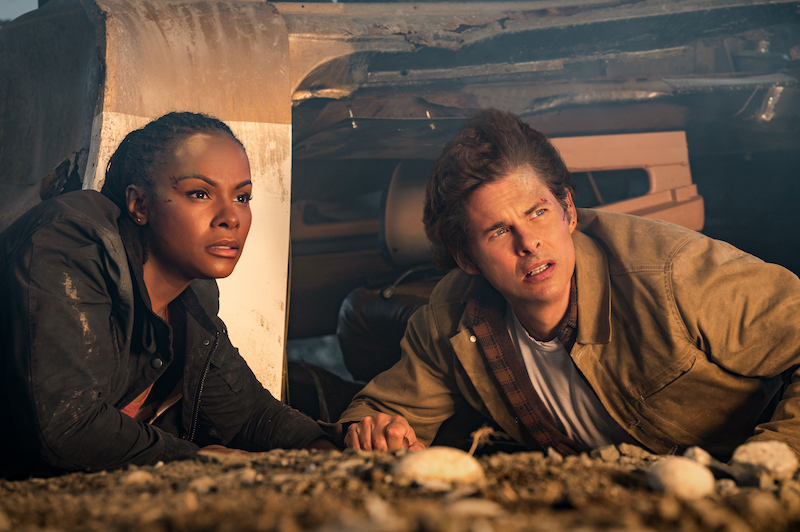 Blue Justice is coming! No, I’m not talking about any comic book hero; I’m referring to the one and only Sonic the Hedgehog from Sonic the Hedgehog 2! The sequel to 2019’s surprise video game blockbuster is gearing up to hit theaters this Friday, April 8th! And to celebrate, That’s It LA was given the opportunity to sit down with franchise stars, James Marsden (who plays Sonic’s buddy Tom, and Maddie’s husband) and Tika Sumpter (playing Sonic’s other buddy, and Tom’s wife Maddie), to discuss what to expect from their characters this time around!

Here are 5 fun facts we learned from our opportunity the Q&A with both stars!

Q: What can we expect from the sequel?

MARSDEN: The second time around? It’s really rare to do a sequel…The fact that we got the greenlight to do another one? We got to jump at the opportunity, and it’s exciting. To bring this big new, turbo-charged version of Sonic to that audience and the audience unfamiliar with the game? It’s a movie for everyone. It’s a thrilling ride. And I’m as big a fan as most people are.

SUMPTER: I think he covered it all!

Q: This seems like such a fun cast. Were there any fun onsite pranks or fun stories from behind the scenes?

SUMPTER: I think what you see on the screen is the chemistry that we all have. Because we also hung out outside of work. But even when we were on set…in between takes [James] was singing. He’s a singer. He has a really good voice…We just had a really good time. Natasha Rockwell, who plays my sister, and Shamar Moore – all of that chemistry and all that fun was because it was real life.

MARSDEN: I got excited to see a bunch of new actors act who got to act with a bunch of green tape. It’s not so easy. But Tika’s right. It’s such a great big family. I show up on set. First off all, you hear Tika’s laughter – I was on Maui, and she was on Oahu and I heard it! No, it’s a joy! It’s such a good family. And the production leads with its heart. And that’s why the movie works as well as it does. You can have all that action sequences, and if that heart is not at the center of it, and there’s no emotional stakes…but that’s the experience for me working with Tika, and Natasha, and Adam, and Ben, and Jim and everybody. There’s such a huge element of joy in making these movies. And that bleeds into the experience with the audience as well.

Q: What is the chemistry like between Tom and Maddie this time around? How do they evolve in this one?

SUMPTER: I love that question!

SUMPTER: I think Maddie is kind of the loose one – Who’s like, “Let things go.” Tom is like the holding on type. Especially when Sonic wants some independence. And Maddie is trying to calm her partner down saying, “Let him go. He needs to be who he is, and he’ll come back when he needs us. And we have him when he does.” …It’s the balance between the crazy one and the logical one, and I’m the logical one in both 1 and 2.

MARSDEN: Yes it’s true. I’ve lost my mind! No, we compliment each other well as a couple and as a parenting team. It’s caught Tom more off guard maybe. Because [Maddie] is more chill about the whole thing. But Tom’s like, “I didn’t anticipate taking this friendship” since the first film is like a buddy-comedy. But then it becomes “oh I have to give him advice on how to grow up or not to grow up”. And you see Tom figuring it out along the way as well, because he wasn’t prepared for it. But she’s right!…[Maddie says] to let Sonic spread his wings and he’ll figure it out on his own.

MARSDEN: And Tom’s like, “Ok you sure that’s going to work?” Because he’s used to being his buddy. But clearly Maddie is Tom’s mother as well.

Q: What were your favorite video games growing up? And are there any easter eggs in the movie from the game?

MARSDEN: Video games growing up. Let’s see. I played a lot of Nintendo and Sega. I played Sonic, I played Mario Bros. Mario Kart was a big one for me.

SUMPTER: I still play Mario Bros. now. I also played Zelda. I wasn’t very good but I tried my best. And of course Sonic the Hedgehog. I play Sonic Kart now with my daughter. Racing cars. She’s teaching me how to use the controllers nowadays.

MARSDEN: I missed the Roblox and Minecraft stuff…And easter eggs in the movie from the game? I’m going to say “Yes!” One of the most important things for us was getting the movie right for people who love Sonic the video game. We know that’s a world where so many other things happen other than Sonic, Tails, and Knuckles. So it’s fun for us and the creators of the movie to bring these tidbits from the game and bring them into the movie. And if you’re good, which I know you guys are, I’m sure you’ll spot them!

SUMPTER: And you have to watch it three times to see everything!

Q: For this film, would you ever prefer switching places with Ben, Colleen, and Idris to do more of the voice over work? Or do you prefer staying in front of the camera?

MARSDEN: I think I would rather be in front of the camera when we’re in Hawaii, then if we’re in Vancouver, do Ben’s work back in LA!

SUMPTER: I love Tails! Colleen is going to kill me but I tried to do her voice in another interview! I was like (in Tails’ voice) “Wow Sonic!” Because I love that little fox so much! You are going to fall in love! I love how earnest he is!

MARSDEN: Wow! If there was a Sonic 3, where we’d just switch roles…

MARSDEN: I’m going to come into the third one and be Jim Carrey! He’ll love that! 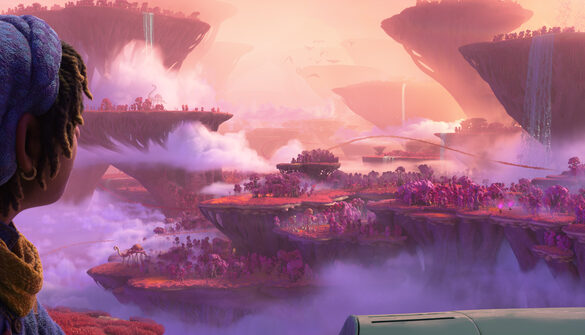