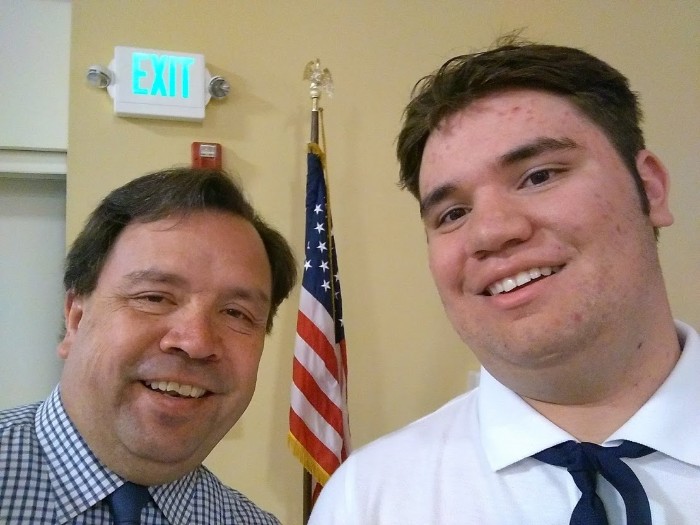 My son Ryan has autism. I have learned over the years that means everyone in my family has autism. He is 19. Most days are good. He is a happy, funny kid. He has friends. He is social in his own way. There are plenty of people with autism who have a hard time with people, making friends, being social and acting in an acceptable way. There are bad days too. Ryan has perseverative tendencies that make some people uncomfortable. He doesn’t like crowds — taking him sporting events, amusement parks, concerts, the movie theater takes an incredible amount of planning and patience. Sometimes I avoid them altogether. He doesn’t like certain foods. He doesn’t like certain smells. He doesn’t like loud noises. He can’t watch a fireworks show. He doesn’t like being stuck in traffic. He becomes claustrophobic to a degree. And he can have violent and aggressive episodes. He is going through one right now.

His mom and I are divorced, which makes raising him and taking care of him complicated. He thrives on consistency and routines. He has to constantly adjust to living between his mom’s house, with me and sometimes with my parents. But through the years, his mom and I have done our best to make sure he has received the best care, doctors, therapists, teachers, support, he needed.

As he gets older, though, it is becoming harder to find things for him to do. He has plenty of activities outside of school. He does Special Olympics and is involved in a Fun Life group with his church. Finding things to do with him as a family has become a little more challenging. He has a little brother, Eric, who is five years younger. Eric is typical — and I don’t like using that word — no child is typical. They all have quirks and different personalities, tastes, preferences and challenges. But for the most part, Eric is a typical teenager, plays saxophone in his high school band, plays video games, likes Marvel and Star Wars movies. FInding things to do with both of them is doubly challenging.

A few weeks ago, I took them to a Cirque Éloize “Hotel” show at The Soraya at Cal State Northridge. It was a low-key show. I didn’t think it would be that crowded. It was a matinee too, so we weren’t out late or dealing with much traffic. These are all things to consider when planning an outing with my son. It was also a chance to show my sons where I went to college. It was the first time I was able to take them.

The day of the show was also the same day Kobe Bryant and his daughter died in a helicopter crash in Calabasas. Everywhere we went, people were talking about it. It was unavoidable. People were speculating about who else was in the helicopter, where they were going, how they crashed. It was overwhelming for me. I couldn’t imagine what it was like for Ryan.

We went to a place called Cupid’s for lunch. It’s a little hot dog stand across the street from campus. Ryan likes hot dogs, mustard only, and orange soda. It was a good place to go before the theater. But the people at Cupid’s were all talking about Kobe, myself included. Ryan was more interested in his hot dog, at least that’s what I thought at the time. Later it turned out he heard every word about Kobe.

After eating at Cupid’s, we went to the theater. The Cirque performers were from Canada. The show was centered on a hotel and the different people who work there and stay there. I wasn’t really sure what to expect. I was hoping for lots of music and lots of space. Ryan likes to sit by himself in movie theaters. I expected he would want the same kind of space at this theater. Unfortunately, it was a pretty big crowd for a Sunday afternoon matinee. It was almost sold out. In a way, we were lucky. Our tickets were in the second deck and there were some extra seats in the back where Ryan could sit by himself. But before the show started, we had time to walk around. Ryan wanted to talk to people about two things that day, how tall everyone was and Kobe.

Ryan has no problems talking to strangers, which is a blessing and a detriment. Ryan also likes talking about things he is interested in and not about what other people want to talk about. He can also dominate conversation, something he inherited from his dad and something I know I need to work on. At the theater, Ryan had plenty of strangers to talk to. All the tall people, and for some reason there were a lot of tall people at the theater that day, he asked them how tall they were. Ryan is at least six-feet tall, maybe a little taller, so he’s used to being the tallest person in the room wherever he goes. I remember when he was born, the nurse in the delivery room yelled out linebacker when he came out. He was 27 inches long and didn’t stop growing until his senior year of high school.

The other question he asked people was: Do you know Kobe died? Most people did. Most people responded kindly. Most people shared good memories of Kobe. But some people were uncomfortable with all the questions. That’s one area Ryan needs to work on, reading social cues and knowing when people are uncomfortable talking about certain things.

Once the show started, Ryan was able to stop talking about Kobe and how tall people were. He had a hard time paying attention to the show and played on his phone instead. But for the most part it was a positive experience. 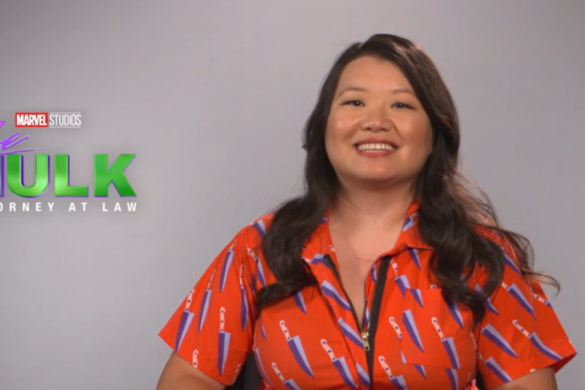