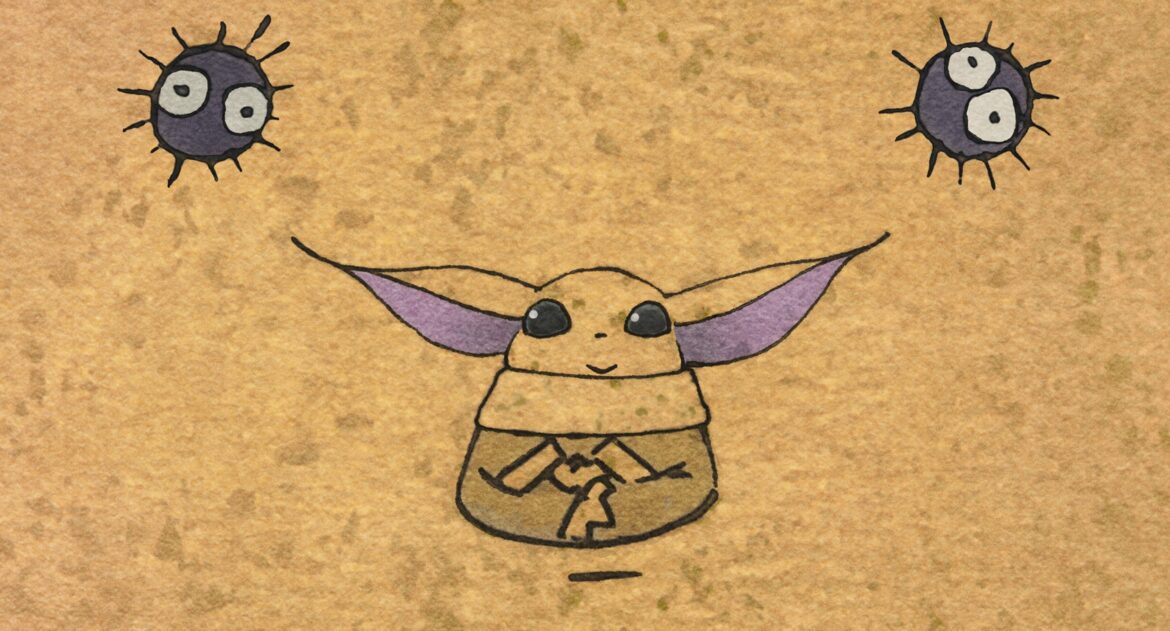 Twitter was all a buzz when Studio Ghibli tweeted out a vague image of Star Wars. It teased the exciting possibility of a collaboration. Well, Disney+ shared a special surprise today for fans of Lucasfilm’s “The Mandalorian.” To celebrate the launch of the streaming service, which debuted “The Mandalorian,” the studio will be releasing a new, original short, “Zen – Grogu and Dust Bunnies,” from famed Japanese animation house Studio Ghibli, tomorrow, on November 12, 2022.

The hand-drawn, animated short is directed by Katsuya Kondo with music by Ludwig Göransson – who has composed the score for “The Mandalorian” series since the very beginning. It will be a while before we get to see season three of “The Mandalorian” on Disney+, so until that time, “Zen – Grogu and Dust Bunnies,” will fill in that void and perhaps fill in some of those gaps of his adventures with Din (Pedro Pascal) in between the end of season 2 and the beginning of season 3.

Many had thought the tweets meant Disney and Studio Ghibli would be working on a special feature film set within the Star Wars universe, or that they would be creating a short for season 2 of Star Wars Visions – a Star Wars animated series that uses anime as its visual medium. But it turns out, “Zen – Grogu and Dust Bunnies,” is a special all on its own. And it’s going to be fun to see what kind of misadventures Grogu goes on. One thing’s for sure, it’s probably going to involve some dust bunnies.