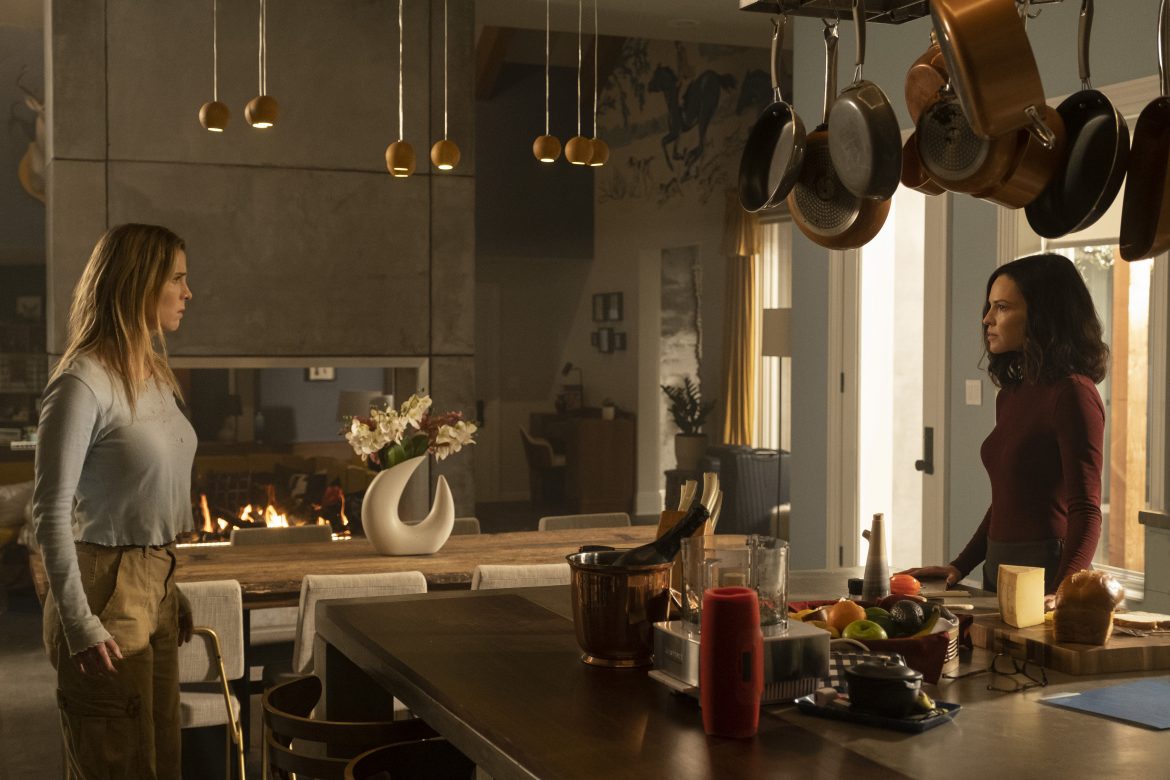 The Hunt is a political satire that is inspired by Richard Connell’s short story, The Most Dangerous Game. In it, a big-game hunter from New York City who falls off a yacht and swims to what seems to be an abandoned and isolated island in the Caribbean, where he is hunted by a Russian aristocrat. The premise alone is thought-provoking by today’s standards, considering the current social climate. As such, it will make for a movie that is sure to spark heated conversations about the topic about who we are as people and the current political climate.

It’s not one to shy away from the violence. But it’s not entirely grotesque either because it serves as a larger metaphor for what happens when we let ideologies and politics get extremely out of hand. No one, no matter what side they land on the political spectrum, is safe. Both liberals and conservatives get skewered into pieces in the film. Directed by Craig Zobel, with a script co-written by Nick Cuse and Damon Lindelof, The Hunt takes shots at each side by playing upon the stereotypes; at times, they can reach an extreme. But that is all to further the point of the film. But then it reaches another point where it becomes abundantly clear that it is doing nothing with a promising premise other than to shock for the sake of being shocking and violent just to be horrifying.

In The Hunt, twelve strangers wake up in a clearing. They don’t know where they are or how they got there. They don’t realize they’ve been chosen… for a very specific purpose… The Hunt. A very dangerous game that can be traced back to an internet conspiracy theory that says the wealthy Elite (the liberals) are hunting “deplorable” humans for sport (the conservatives). However, the Elite never thought that they would be up against someone like Crystal (Betty Gilpin), who is clearly prepared to handle being in such a dangerous situation. Using those skills of deduction and survival, she eventually finds herself facing the opposite of the woman (Hilary Swank) who put the Hunt together.

Not afraid to be PC, hunters are depicted as the liberal Elite who are so far out of touch with anything outside of their precious bubble. In the film, they put themselves on such a high pedestal of prosperity and wealth, oftentimes bragging about the caviar they can afford or the price of the rare wine they had to fish out a sunken ship. Their conversations might include their disingenuous humanitarian efforts. Other times, they correct each other on social terminology like saying African-American as opposed to saying Black, or reset a video about the climate change fallout.

On the flip side of it, there are the hunted, the conservative group who are depicted as unintelligent gun-toting deplorables. They are a collection of war veterans, Floridians, truck drivers, and far right-winged conspiracy theorists, some of whom do not appreciate how refugees are destroying America.

And there is some humor to be found in this. The liberal Elite are all corralled in a base where they talk about their so-called charitable work. One mentions how Ava DuVerney liked their social media post. All of it is so disingenuous and arrogant that it’s hard not to roll your eyes. While deplorables are seen calling other deplorables snowflakes or talking about how there are crisis actors being used to lower their guard.

Though The Hunt has no problem targeting both sides, these characters are nothing more than political caricatures that serve no purpose to the story other than perpetuating lazy stereotypes and trigger with buzzwords. They are best described as walking clichés. Most of whom will fall victim to their own decisions or arrogance – Ike Barinholtz’s deplorable character brags about the seven guns he has, while Glenn Howerton nauseatingly talks about rare wines to a flight attendant.

The only saving grace is Betty Gilpin’s Crystal, a competent victim who is dismissive about everyone’s political ideologies. Often heard humming a tune or reciting an extremely violent fable about a jackrabbit and tortoise, she could care less about why they are here and is more concerned with how they got here and why she is a part of this game. While others let their emotions and politics decide their actions, Crystal sees the bigger picture.

But then again, if The Hunt doesn’t hold back on its attack on both sides, who exactly is this film for? It makes sense to try to bring a sense of evenness to the ugliness of political extremes, but the film doesn’t make any real effort to bring us together. Instead, it looks as though that separation between the two grows further apart.  Though, I will slightly commend it for trying to point out how bad our misconceptions about others can be and the dangers of what happens when misinformation spreads like wildfire. But that idea becomes lost as it just wants to increase the body count.

There is no doubt that people will be talking about The Hunt after they have watched it. The only thing is, they will be talking about it for the wrong reasons. Though my initial thoughts during the screening were that it was refreshing to see something that has no problem taking stabs at both sides, it became very clear that it doesn’t do anything else with it. While there may be a promising premise to this, in the end, all of the shocks and violence are poor attempts to hide the fact that this film is going nowhere fast.