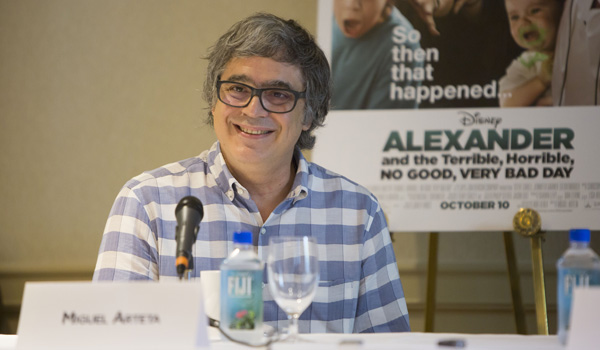 “This is a movie about appreciating your family again…feeling that your family has forgotten about you but then realizing that they love you.” – Miguel Arteta

Steve Carrel and Jennifer Garner play Ben and Kelly Cooper and Ed Oxenbould stars at their son in the upcoming Disney film Alexander and the Terrible, Horrible, No Good, Very Bad Day (October 10). The comedy is based on the children’s book of the same title, where the lead character Alexander falls victim to a very bad, horrible day! To top it off, everyone in his family is spewing rainbows and unicorns while counting blessings because everything is perfect for them! #Blessed!

I was invited to attend the press conference to learn behind-the-scene details from the actors and film crew. Here are 9 of my favorite tidbits about the film!

A 32 page book turned feature film.
“That was the challenge and what I think endures is the feel and charm of it. I wanted to keep the essence of the book. The idea was basically take the first day, which is Alexander having his terrible day and then expand it. I felt what was unanswered in this book was who is this family? Let’s explore what would happen if the rest of the family had a terrible day. It’s one of the most universal concepts there is and I’ve never seen a movie about it.” – Rob Lieber, screenwriter

John Hughes films inspired Director Miguel Arteta.
“I looked at 16 Candles quite a bit and also Ferris Bueller’s Day Off for inspiration. 16 Candles especially for the emotional radar. It is the ultimate movie about your family forgetting your birthday and feeling like they don’t see you at all. I love the warmth of those movies. I wanted this movie to be really funny and also leave a little bit of that authenticity that most Hollywood movies don’t have. 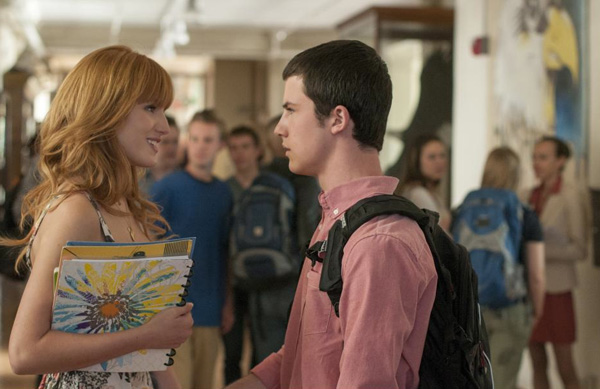 Let him eat shrimp!
Steve gets his second interview for a cool game development company and is invited to lunch at a teppanyaki restaurant for some “authentic Japanese cuisine”. During the scene Steve catches multiple shrimps tossed by the chef. The film crew offered to CGI shrimps into the scene but Steve got into it especially with the cheering crowds! Steve caught most of the shrimp and wound up eating a ton of them that day.

Ready! Set! Action!
How much action can you fit in a movie that happens over a course of 24 hours? “We were lucky. Usually when you are doing a movie, mayhem and chaos naturally invade your world and in this case it was helpful that there was chaos happening every day because we were riding on it for the purpose of our story. We had babies, kids, fires, car accidents and animals…everything you could probably want to create a big hectic mayhem.”

Ed Oxenbould is exactly what the director ordered.
Miguel Arteta talked to us about who he wanted to cast for the film, “We saw over 500 kids and I wanted to find a kid who, at the age of 12, has the ability to be very happy for other people and be very generous at heart. At that age it’s not easy to think of anything but yourself. Ed is extremely capable of being happy for other people. This movie is about learning to rediscover your family again, wanting to love them and help them out with their awful day. We wanted someone who could really have that generosity at heart and be happy with people. Ed was that person. He’s so kind hearted. Plus, he has a musical ear and he was already 2/3rds of the way there with his accent. We had a lot of faith in his accent.”

Ooh baby baby!
The baby who plays Baby Trevor are actually twin girls and were in the film Neighbors. The film crew got very lucky with the babies, as babies and animals are the biggest worries when filming. But these babies knew what was going on. Most babies are usually crying on set, where you’re trying to get them to stop. They had the opposite problem where these babies were extremely well behaved!

Chim Chim Cheree.
Dick Van Dyke was asked to be in the movie and he happily obliged! His synergy with Disney and his history with Disney made sense to bring him into this movie. Miguel Arteta thought that there was a correlation between Steve Carrel and Dick Van Dyke. “As a comic it’s really hard to make comedy out of niceness. Majority of comics go to a sarcastic and dark place, it’s a lot easier. Dick is the grandfather of being lovely and nice and still really funny. Steve Carrel is the heir of that, as he too can be really sweet, nice and positive and still be very funny.” 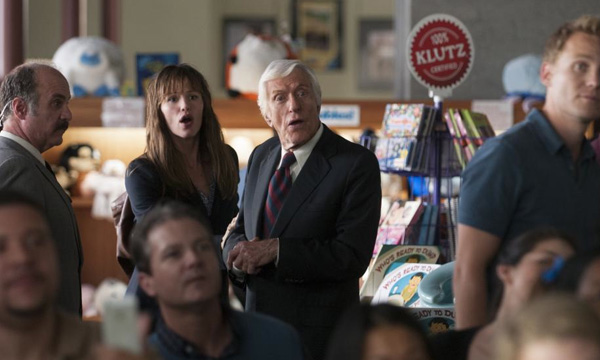 Baby see, baby do?
Sometimes babies just want to play with “their toys and not pens”. Miguel explains, “We had a moment where the baby has to pick up a green “permanent” marker and draw on his face with it. Of course, there aren’t any guarantees when you are working with babies. You just never know what a baby will do. We sat there for a good two hours and the baby wanted to play with his toys. What wound up happening is someone in our costume department, who had grown close to the babies, stood behind the camera and started marking his face with the green marker over and over. The baby finally picked up the marker and mimicked him.”

The Thunder From Down Under??
Adding members from a male revue show was Rob Lieber’s idea, “Obviously, I had to tame it down when this project became a Disney movie but ultimately it plays in a way that’s totally safe for families. We wanted something at the party to go wrong once everything is feeling like it’s going right.” Miguel adds, “We wanted parents to get a good laugh! The Thunder From Down Under was on Project Runway and the design teams had to make costumes for them. This was the right fix to throw into the mix.”

We all have a bad day from time to time and Miguel Arteta ends with a message for kids “Some days are a wreck! Some days everything just go bad and sometimes it’s okay to feel like that nothing is going your way and then realize that you can get through that with family who love you.”

See the film with your family for a laughter-filled movie outing!

The film is rated PG and is in theaters on October 10!

* We attended the press junket for editorial purposes. Photos courtesy of Disney.