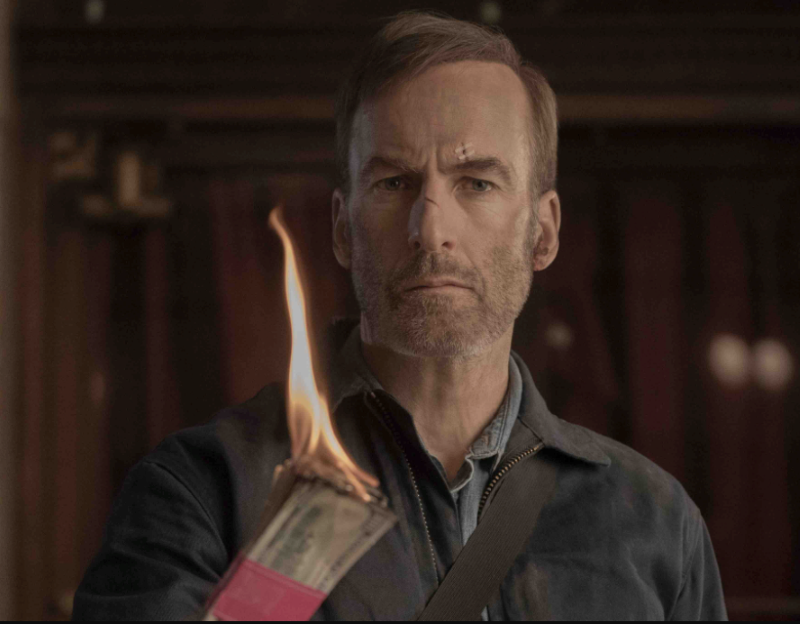 “John Wick” scribe Derek Kolstad knows how to craft a world full of quiet people who are competent fighters living amongst the general public only to unleash their inner warrior whenever they are pushed to the brink. So it comes as no surprise as “Nobody,” starring Bob Odenkirk, feels the same way but with a more familial twist. 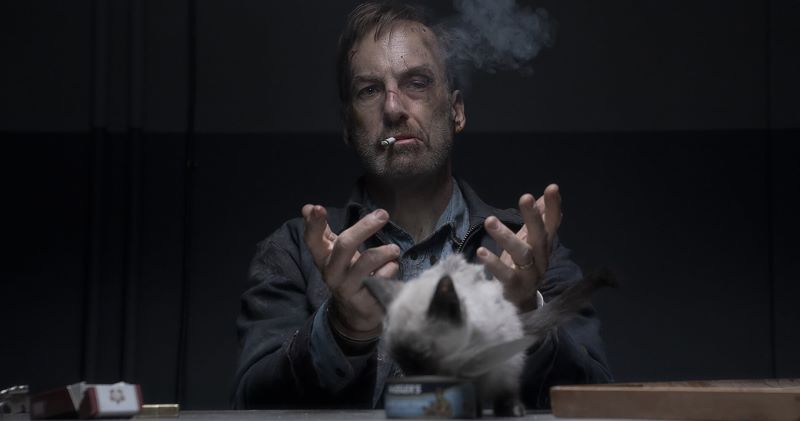 Odenkirk plays Hutch, a seemingly loving father, and husband to his family but is bored with the mundane life of daily routines. One night a pair of thieves break into his home, but Hutch doesn’t do anything to stop them. With this embarrassing failure, Hutch starts to believe that everyone thinks he is incapable of protecting his family. When his daughter believes that they stole her beloved Hello Kitty watch, Hutch uses his connections to track the pair of thieves. Though successful, he discovers they are parents and are barely making ends meet. So, he leaves empty-handed and frustrated at his latest failure.

Taking the bus home, Hutch reaches his boiling point when he sees a group of men harass a female passenger. He then proceeds to take out his rage on the men and beats them senselessly. Little does he know that those men are connected to a vengeful crime lord, who sends a group of thugs to Hutch’s home. Though Hutch disposes of the home intruders with ease, he finds himself captured by the crime lord’s right-hand man. But he escapes, and it is discovered that Hutch is a former “auditor,” an assassin employed by intelligence agencies to kill people who were considered untouchable.

It is later revealed that Hutch lets one of his targets go free. One year later, he successfully tracks that target down. But he discovers that the escapee reformed his life and is a family man. Wanting the same kind of life, Hutch retires and hides his previous life as an assassin from his new family. But there is still some unfinished business with the crime lord who will stop at nothing to kill Hutch.

While “Nobody” doesn’t break any new ground in the action drama, it proves that Odenkirk is more than just a comedian. He is a believable action star who kicks ass. The well-choreographed action sequences are every bit as brutal and entertaining as any of the action films that came before it. But the one thing that makes “Nobody” so much fun is that we shouldn’t underestimate anyone based on appearances alone, because you may never know what they are capable of. Once you find that out, it is all a matter of how high their pain tolerance is and how far the person’s rage takes them.

What “Nobody” lacks in color makes up for it is the use of lighting. Presented at 2160p, at an aspect ratio of 2.39:1, with Dolby Vision color grading, the video quality pops. Pawel Pogorzelski’s cinematography is sharp and crisp while also a bit grainy in a couple of scenes to accentuate the film’s grit. The film’s darker scenes are juxtaposed with contrasting colors either from the lighting or background set pieces.

The sound quality is also heightened, which means that you get to hear every bone crunching moment, along with knife twists and high-powered gunshots. After all, this is an action film, so the sound has to have just as much impact as the visuals themselves. 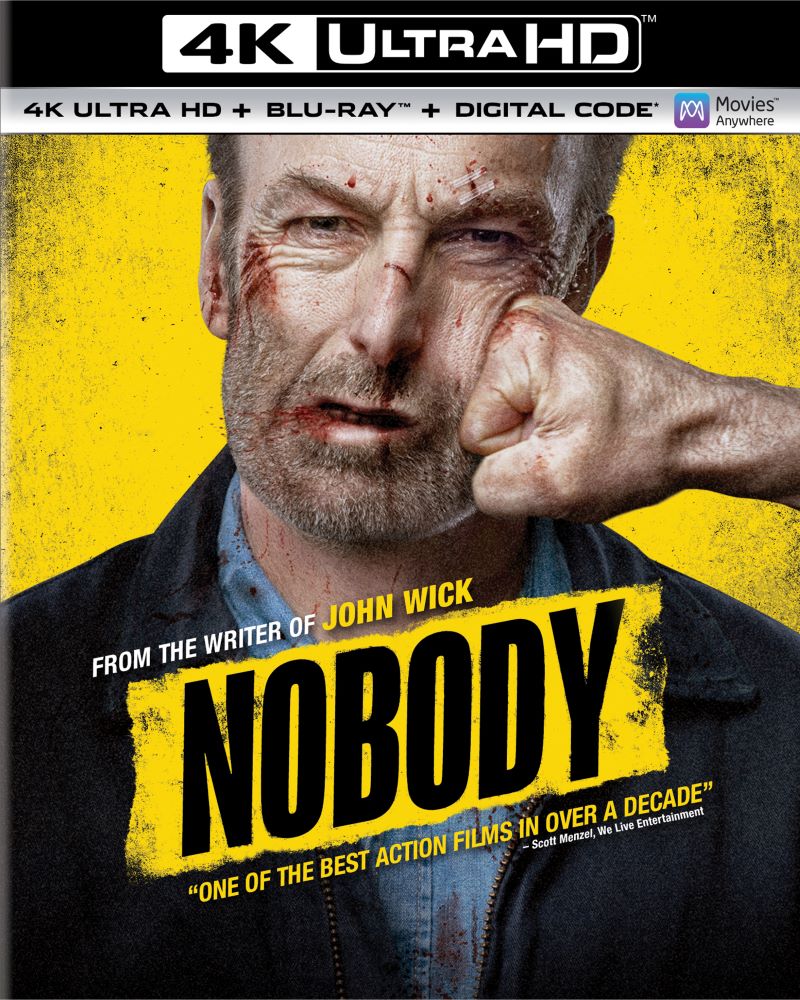 Overall, “Nobody” doesn’t do anything original, and it doesn’t raise the bar for the genre, but it does get points for taking the concept of a nobody tired of a mundane life and unleashing his inner rage. Additionally, it shows how versatile Odenkirk, who is mostly known for his comedy, is as an actor.

“Nobody” is available on Digital, 4K, Blu-ray, and DVD online and in major retail stores.