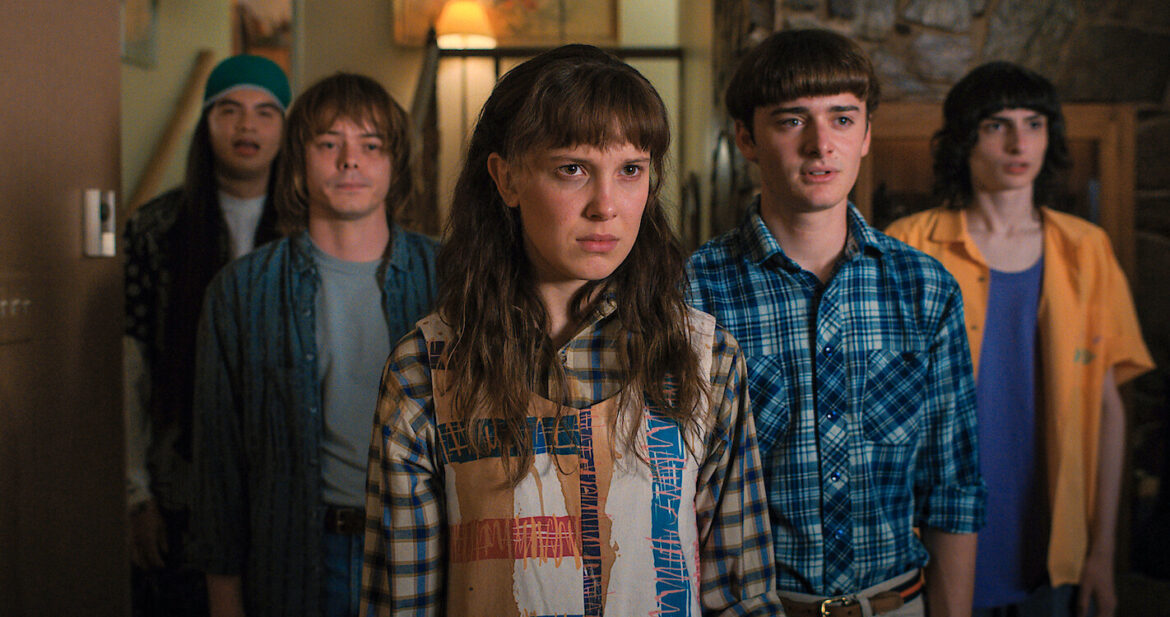 Visiting Hawkins, Indiana means taking another trip into “Stranger Things.” Stranger Things 4 is on its way, and just like the previous ones, it visits a moment in time that’s sure to be full of nostalgia and unveil some dark secrets hidden beneath it. Though Netflix has already released a couple of trailers, the streaming service now teases the horror house and slasher vibes with a couple of new images that sees the kids – who are now adults in real-life – facing a new threat.

But that kind of threat still remains a mystery. And the kids will have to Scooby Doo it in two parts. According to the press release, The Duffer Brothers, who are also the creators of the sci-fi show, will direct a handful of episodes. While executive producer Shawn Levy and Nimród Antal each direct two. This is the first time that the series has been broken up into two parts, but it is a formula that Netflix is very familiar with as they followed a similar storytelling method with Ozark.

And splitting it into two parts seems to make sense considering how “Stranger Things 4” will be the biggest season yet as it spans the globe going from Hawkins, Indiana, the Creel House, as well as California and Russia. In these one of the images we see Dustin (Gaten Matarazzo), Lucas (Caleb McLaughlin), and Max (Sadie Sink) either trying to escape or pull something down. In another, Joyce (Winona Ryder) and Murry (Brett Gelman) are stand in what appears to be a snowy wasteland with a crashed plane behind them. Are they trying to find Jim Hopper (David Harbour), who is imprisioned in a Russian gulag? We will just have to wait and see.

It’s been six months since the Battle of Starcourt, which brought terror and destruction to Hawkins. Struggling with the aftermath, our group of friends are separated for the first time – and navigating the complexities of high school hasn’t made things any easier. In this most vulnerable time, a new and horrifying supernatural threat surfaces, presenting a gruesome mystery that, if solved, might finally put an end to the horrors of the Upside Down.