Disney has released the newest trailer for “Monsters At Work,” a new workplace animated series from Pixar set the debut exclusively on Disney+. The power supply company who was once known for depending on scacaring children as a source of energy has since moved on to making kids laugh because it was cleaner and more powerful. While its clear that Mike (Billy Crystal) and Sully (John Goodman) have embraced their new line of work, some of the newcomers have not. And based on the trailer, it looks like the series will center around that transition. 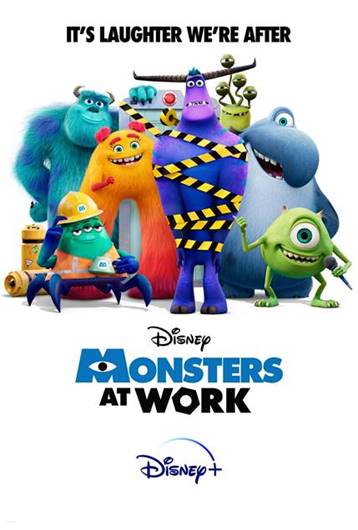 Tylor (Ben Feldman) is among the newest monsters to join Monsters Inc. Graduating at the top of his class as a scarer in Monsters University, he is under the impression that he would be working there as a Scarer and not a Jokester. So he is temporarily assigned to the Monsters, Inc. Facilities Team, or MIFT, to work as a mechanic. While it isn’t his dream job, Tylor will work his way up the ladder to be a jokester. 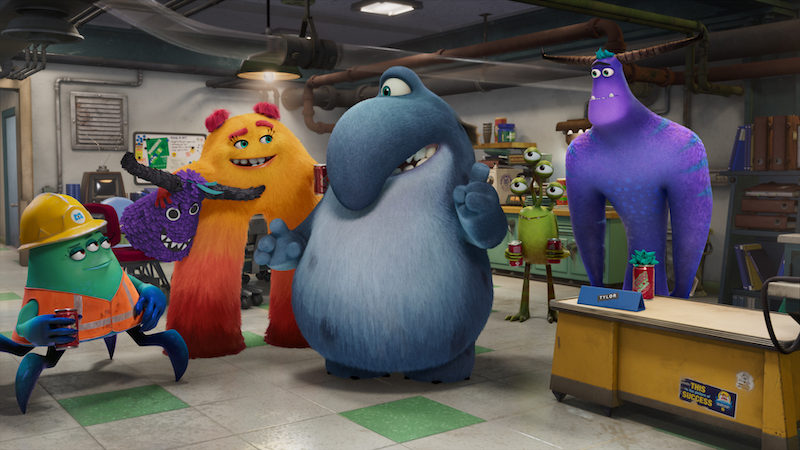 Here’s the official plot synopsis for “Monsters At Work:”

“Monsters At Work” takes place the day after the Monsters, Incorporated power plant started harvesting the laughter of children to fuel the city of Monstropolis, thanks to Mike and Sulley’s discovery that laughter generates ten times more energy than screams. It follows the story of Tylor Tuskmon, an eager young monster who graduated top of his class at Monsters University and always dreamed of becoming a Scarer until he lands a job at Monsters, Incorporated, and discovers that scaring is out and laughter is in. After Tylor is temporarily reassigned to the Monsters, Inc. Facilities Team(MIFT), he must work alongside a misfit bunch of mechanics while setting his sights on becoming a Jokester.

It should be interesting to see what Pixar can do with a serial streaming series. We’ve seen small morsels of their talents through various shorts that were released exclusively on Disney+.

I am not the biggest Monsters, Inc. fan, although I did like Monsters University a bit more. That being said, it should be fun to see where the franchise goes from here.

Guess we will know more about it when “Monsters at Work” debuts on Disney+ July 7, 2021.