Top Posts
LUCK Has Plenty of Heart and Likable Characters
Jenny Slate Talks “Marcel The Shell With Shoes...
TRON Night On The Grid Panel At The...
Bullet Train: No Holds Bar Funny Action-Filled Bloodbath
Go on a “Journey Into Storytelling” at The...
Home entertainment Shazam! Fury of the Gods Trailer: It’s All About Family
entertainmentNew 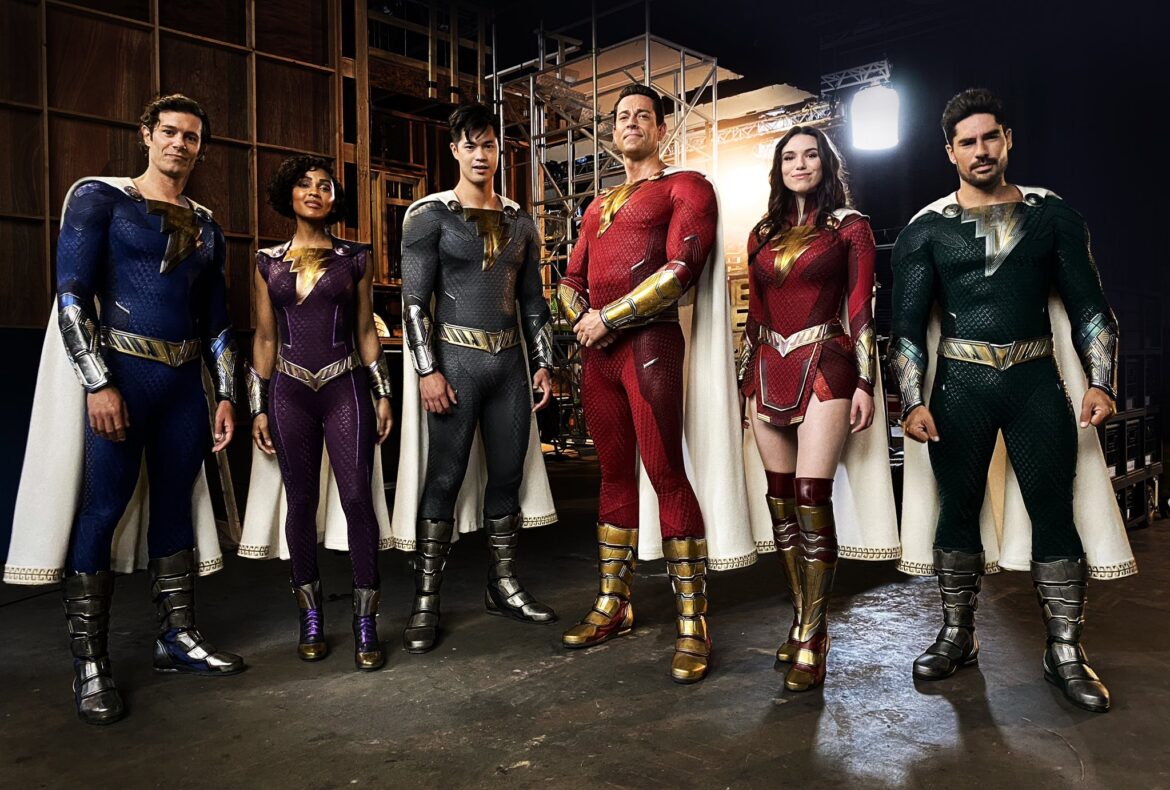 San Diego Comic-Con usually kicks off its Saturday mornings with Warner Bros revealing a few first looks at their DC Slate. And one of the biggest and most anticipated films is “Shazam! Fury of the Gods.” And now we are getting to see a little bit of what director David F. Sandberg has in store for us has he revealed the first trailer for the sequel, which sees Billy Batson (Asher Angel) in fear of the future because he is nearing adulthood and is afraid of getting old.

Set against Eminem’s “Business,” the “Shazam: Fury of the Gods” trailer finds Batson in his Shazam (Zachary Levi) going through an existential crisis. Believing that he doesn’t deserve these powers and that he doesn’t contribute to heroism or look as cool as Batman, Aquaman, or the Flash. “I feel like a fraud,” he says.

But that dread isn’t Billy’s only problem. Now that his whole family has superpowers and are off doing their own thing, he is having a difficult time keeping it all together. That sense of family is something Billy has not known up until now. But that theme will play a huge role as we will soon see now that the daughters of Atlas (Helen Mirren and Lucy Liu) have arrived to reclaim the powers of the gods.

“Look, I might not have as much experience as you, cause I am not super old as you,” Shazam says to Mirren’s character. “But I’ve seen all of the ‘Fast and the Furious’ movies, lady. It’s all about family!”

Of course, that meta joke did get a little chuckle out of me considering how the Fast and Furious movies make a big thing about family, and Mirren also stars in them.

And while this is yet another superhero film, “Shazam: Fury of the Gods” is grounded by its themes of family. In the first, we saw that the orphan Billy Batson finally found a home. And so, in the sequel, it appears not only is Billy afraid of getting old, he’s also afraid of losing the family he just found.