Top Posts
LUCK Has Plenty of Heart and Likable Characters
Jenny Slate Talks “Marcel The Shell With Shoes...
TRON Night On The Grid Panel At The...
Bullet Train: No Holds Bar Funny Action-Filled Bloodbath
Go on a “Journey Into Storytelling” at The...
Home entertainment Official Teaser Trailer For ‘The Prom’
entertainmentNew 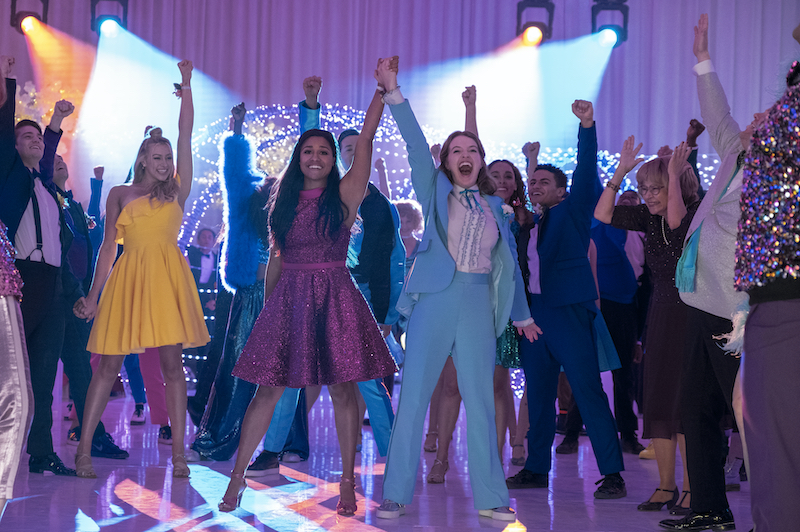 Netflix has released the first trailer for Ryan Murphy’s ‘The Prom.’ Jo Ellen Pellman makes her film debut and stars alongside Academy Award winners Meryl Streep and Nicole Kidman, along with Emmy winner James Corden star in this film adaptation of the Broadway hit musical of the same name.

‘Prom’ centers on Dee Dee Allen (Streep) and Barry Glickman (Corden), who New York City stage legends whose careers have flatlined after their Broadway show flops. Meanwhile a high school girl Emma (Jo Ellen Pellman) is crushed to find out that despite the support of her the high school principal (Keegan-Michael Key), the head of the PTA (Kerry Washington) has banned her from attending the prom with her girlfriend, Alyssa (Ariana DeBose). Their worlds will collide when the fallen stars decide that Emma’s predicament is the perfect cause to help resurrect their public images.

Here’s the official plot synopsis for ‘The Prom:’ 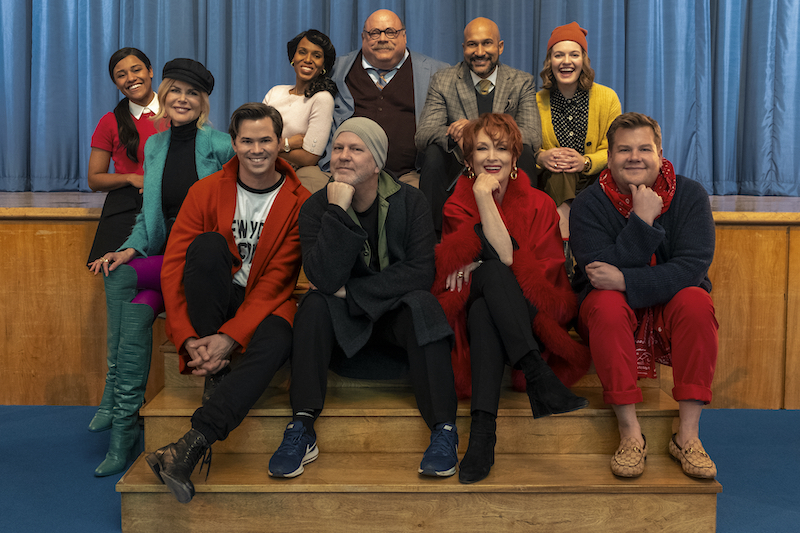 “Dee Dee Allen (three-time Academy Award winner Meryl Streep) and Barry Glickman (Tony Award winnerJames Corden) are New York City stage stars with a crisis on their hands: their expensive new Broadway show is a major flop that has suddenly flatlined their careers. Meanwhile, in small-town Indiana, high school student Emma Nolan (newcomer Jo Ellen Pellman) is experiencing a very different kind of heartbreak: despite the support of the high school principal (Keegan-Michael Key), the head of the PTA (Kerry Washington) has banned her from attending the prom with her girlfriend, Alyssa (Ariana DeBose). When Dee Dee and Barry decide that Emma’s predicament is the perfect cause to help resurrect their public images, they hit the road with Angie (Academy Award winner Nicole Kidman) and Trent (Andrew Rannells), another pair of cynical actors looking for a professional lift. But when their self-absorbed celebrity activism unexpectedly backfires, the foursome find their own lives upended as they rally to give Emma a night where she can truly celebrate who she is.”

Written by Bob Martin and Chad Beguelin, based on the The Broadway musical by Chad Beguelin, Bob Martin and Matthew Sklar, originally produced for the stage by Bill Damaschke, Dori Berinstein and Jack Lane, and based on an original concept by Jack Viertel, ‘The Prom’ opens in select theaters and debuts on Netflix on December 11, 2020.