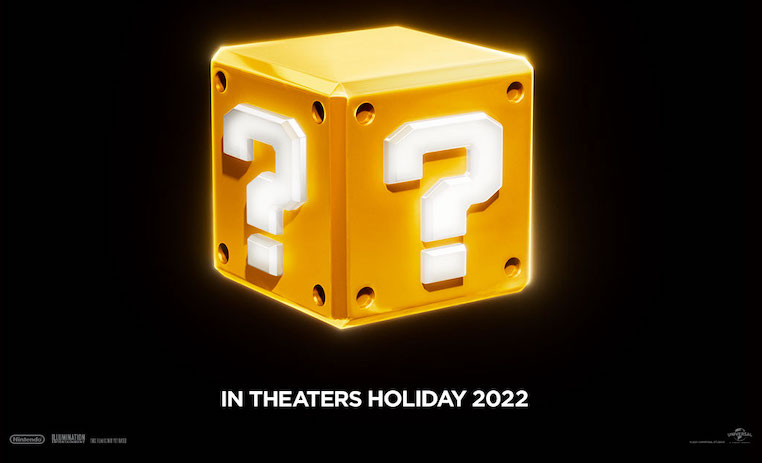 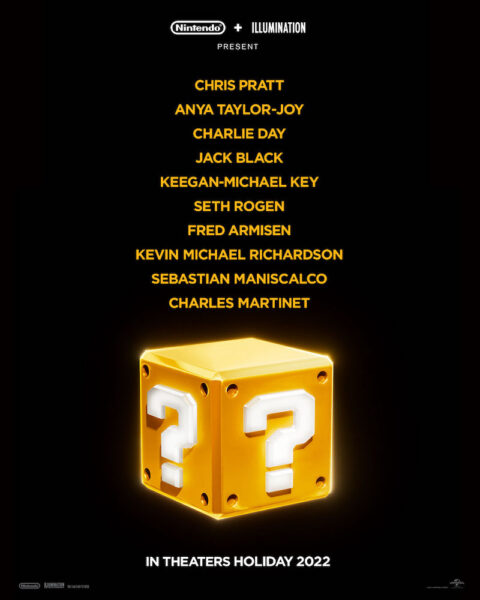 It may not be much, but Universal has released a teaser graphic in light of today’s announcement. Nintendo shared the news during their Nintendo Direct presentation.

According to THR, Illumination founder Chris Meledandri and Nintendo’s Shigeru Miyamoto, the legendary creator of Mario, will produce the film. “Teen Titans Go!” and “Teen Titans Go! To The Movies” scribes Aaron Horvath and Michael Jelenic will pen the script for the tentatively titled “Super Mario Bros” animated film. “Despicable Me” and “The Secret Life of Pets” film franchises were all released under the Illumination banner.

“Mario and Luigi are two of the most beloved heroes in all of popular culture, and we are honored to have the unique opportunity to work so closely with Shigeru Miyamoto and the widely imaginative team at Nintendo to bring these characters to life in an animated movie, unlike any film Illumination has made to date,” said Meledandri in a statement (via THR).

The film is a part of a collaboration between the entertainment giant and the video game company. The two also worked together on Super Nintendo World, an area based on Nintendo video game franchises, primarily the Mario franchise and its various sub-series, located in the Universal Studios theme parks around the world. They had their first grand opening in Universal Studios Japan, with other areas under construction at Universal Studios Hollywood and the upcoming Universal’s Epic Universe at Universal Orlando Resort.

First released in September 1985, the Super Mario Bros. have become the most recognizable name in the video game industry having spawned countless sequels and multiple spinoffs. And let’s not forget the cult classic live-action film and the animated series. What’s more, the film will also bring in Donkey Kong and Kranky Kong together. The two were seen as rivals when Donkey Kong was first released in 1981. While Chris Pratt, Anya Taylor-Joy, Charlie Day, Keegan-Michael Key, Fred Armisen, and more are recongizeable names and familiar with the voice acting business, the film will also bring in Charles Martinet – the man who provides the voices for Mario, Wario, Luigi, Waluigi, Baby Luigi, Baby Mario.

Though there is no exact release date as of yet, the tentatively titled Super Mario Bros. animated film hits theaters during the 2022 holidays.