Top Posts
LUCK Has Plenty of Heart and Likable Characters
Jenny Slate Talks “Marcel The Shell With Shoes...
TRON Night On The Grid Panel At The...
Bullet Train: No Holds Bar Funny Action-Filled Bloodbath
Go on a “Journey Into Storytelling” at The...
Home New Introduction of New “FROZEN 2” Characters plus trailer and Images!
New

Walt Disney Animation Studios has released the second trailer for their animated musical Frozen 2. The highly anticipated sequel features the voice talents of Kristen Bell, Idina Menzel, Jonathan Groff, and Josh Gad, all of whom return to reprise their roles as Anna, Elsa, Kristoff, and Olaf, respectively. Together, they journey through an enchanted forest and cross the dark seas to find the truth about Elsa’s powers, while also saving their kingdom from uncertain doom.

As with all sequels, there are new worlds to explore and characters to meet. Among these new characters is King Agnarr, who is the son of King Runeard. King Agnarr is married to Queen Iduna and is Anna and Elsa’s father. King Agnarr loves his family and would do anything to ensure his daughters’ wellbeing and safety. Alfred Molina lends his voice to King Agnarr.

Martha Plimpton voices Yelena, the unspoken leader of the nomadic Northuldra. She is fiercely protective of her family and community but is known to soften when people show an understanding of nature and their environment. Martha Plimpton was called on to bring Yelena to life.

A member of the Northuldra, Honeymaren is a true free spirit and wants nothing more than to bring peace to the enchanted forest. She is bold and brave, with a reverence for the magic of nature. She is voiced by Rachel Matthews.

Then there’s Ryder, Honeymaren’s brother. Described as eager and fun, Ryder embraces life with optimism. Ryder’s love of reindeer might just rival Kristoff’s – but unlike Kristoff, Ryder has never roamed the great plains outside of the Enchanted Forest. He longs to embrace the world and venture beyond the magical mist. Jason Ritter lends his voice to Ryder.

Finally, Frozen 2 will be adding another animal companion. Curious and cute, Bruni is a salamander that inhabits the Enchanted Forest. Though shy at first, Bruni can’t help but be drawn to Elsa’s icy magic and enjoys the cool snowflake treats she creates.

Why was Elsa born with magical powers? What truths about the past await Elsa as she ventures into the unknown to the enchanted forests and dark seas beyond Arendelle? The answers are calling her but also threatening her kingdom. Together with Anna, Kristoff, Olaf, and Sven, she’ll face a dangerous but remarkable journey. In “Frozen,” Elsa feared her powers were too much for the world. In “Frozen 2,” she must hope they are enough. From the Academy Award®-winning team—directors Jennifer Lee and Chris Buck, producer Peter Del Vecho and songwriters Kristen Anderson-Lopez and Robert Lopez—and featuring the voices of Idina Menzel, Kristen Bell, Jonathan Groff and Josh Gad, Walt Disney Animation Studios’ “Frozen 2” opens in U.S. theaters on Nov. 22, 2019.

The first Frozen opened in 2013 and is the highest-grossing animated film of all time. Kristen Anderson-Lopez and Robert Lopez, return with an all-new collection of songs for the sequel. 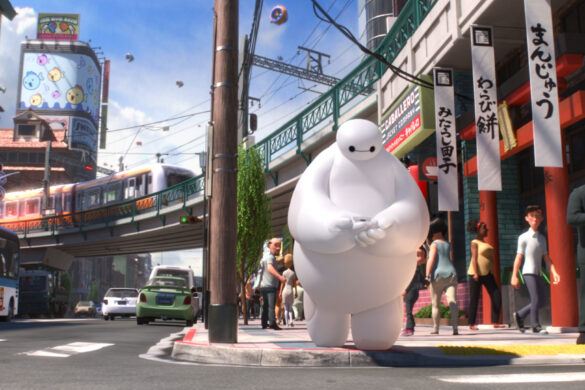