‘Jingle Jangle’ is a Christmas film reminds us about the the light and the joy that the holidays can bring during painful times. David E. Talbert’s latest film is a whimsical musical wonder that combines ingenuity and child-like wonder, with a hint of holiday spirit. And not only is it a Christmas film that stars a majority Black cast, but it features a story about humanity, making it that much more relatable to a global audience.

In the film, Jeronicus, an innovative toymaker has his latest invention stolen by a bitter apprentice who would go on to be one of the most successful toymakers in the world. Broken, Jeronicus falls from greatness and is reduced to being a pawnshop repairman. However, when Journey (Madalen Mills) comes by to visit, she reminds him about the power of belief during a time cynicism.

ThatItLA had a chance to talk to Mills, along with Kieron L. Dyer, who plays the young and optimistic Edison, and Lisa Davina Phillip who plays Ms. Robinson, a local delivery woman who is attracted to Jeronicus. During the Zoom round table, we talked to the three about  their characters, their favorite song in the film, working in both on stage and on the set, working with such a seasoned cast, and more.

‘Jingle Jangle’ is a musical film that features original songs written by Grammy Award-winner John Legend. Can you tell us what is your favorite song from the film?

Phillip: “I think my favorite song is the one that has already been released: This Day. I love it because its so positive and hopefully, which is what we kind of need right now.

Mills: “My favorite song is actually, ‘Make it Work’ performed by Ms. Anika Noni Rose and Mr. Forest Whitaker. I think it is such a great song with a great beat and it’s so fiery

Dyer: “I think my favorite song is ‘This Day,’ as well, because it’s very joyful and uplifting. It’s one of those songs that makes you want to dance.”

Madalen and Kieron, what was it like to work with such seasoned actors?

Mills: “It was unbelievable for me. I feel like I really learned a lot just by observing them on set. Seeing their method acting and how serious they were about their jobs. It was really an amazing experience for me.”

Dyer: “I think it was a great opportunity to work with incredible actors. I also think it is inspiring as well because they’ve done loads of movies and have loads of experience. And, their performance inspired me to be a better actor myself, and it really helped me in a way.

With Jingle Jangle being a holiday movie, can you tell us what some of your favorite holiday traditions are?

Mills: “I have many favorite holiday traditions. I love to spend time with family, play music, eat good food, and watch college football.”

Dyer: “I think my favorite tradition is definitely putting up the Christmas tree, that’s always a fun time.  And eating Christmas dinner, as well.”

Madalen, you share a lot of Journey’s personality when it comes to adventurous, determined, feisty spirit. You even share a love for all things STEM, all things STEM (Science, Technology, Engineering, Math). If you were to create a toy, what kind of toy would it be?

Mills – “I would create something something similar to Buddy, but more personalized to make my not so difficult life even more not difficult. “You know, do my chores, cook and clean also. That is something I would invent.”

Madalen, can you tell us what the audition process was like?

Mills – “I got the first audition in early December. I just had to go to a casting company and put in a song and a few lines on tape. Then a couple of weeks after the Broadway show closed, I was notified that I was going to be a finalist, which was very exciting. There were three other girls in the finals with me, and I was like ‘yay, I have a 25% chance of getting the role.’ So it was a two day final process. The first day was singing, and the second day was even more singing in front of Lyn Talbert. Also, I got to act with Mr. Whitaker, and later dance with Mr. Whitaker, which was also fun. The following week I was on edge. Every time the phone rings. And finally, on February 28, at 11:09 AM, my mom got a call from the U.K. and it was David E. Talbert and he was like ‘Maladen, do you want to star in the next Netflix movie?’ and, of course, I said yes. And I was crying. It was really so amazing, the best day of my life.”

For Madalen and Kieron, what do you hope kids get out of this?

Dyer: I think this movie is the about the power of belief, and also turning a negative situation into a positive one. Especially with my character because he’s very optimistic as well. I hope the viewers see that not everything that may seems negative is negative.

Mills: Yeah, I agree. I feel like my character is struggling at the beginning of the movie trying to find out who she is and how she fits in, even if she fits in at all. I hope that kids, older or younger than me realize it is okay to be yourself because I feel like throughout the movie Journey finds herself and finds who she really is and says: ‘I may fit in. I may not fit in. And that is perfectly fine.’ I hope that kids, older and younger than me, take this message that it is okay to be yourself and that you are unique and special in your own way.

What was the hardest scene to shoot?

Mills: For me it was probably, ‘Possible,’ because of the dancing, acting, and singing. But I got a little bit of practice when I was on Broadway. But definitely ‘Possible.’

Phillips, what is it like to film opposite Forest Whitaker?

Philips: There were two feels. There was the feeling before I met him, like, ‘Oh my gosh, I am going to be walking alongside Forest Whitaker.’ So there were a little bit of nerves and a little bit of anxiety. But that all melted away when I met him. He is a wonderful man. He is so generous, so humble, and so welcoming. It was easy to work with him. And it was fun, because we just played. We played with the scene and go over it a few times, and we were finding little nuances, and little things that maybe we haven’t found before and maybe we found it just as they say action. So it was beautiful. He’s a really lovely generous soul.

Maladen and Lisa, you’ve both done stage work before, so what is it like to make that jump from stage to a set?

Mills: It was definitely different, for me at least. Being on Broadway is so different than being on a movie or in a TV series because everyone on Broadway is so big and larger than life because you have to play to the back of the house when there is 2,500 people in the theater. Versus when you are in a movie when the cameras on your face and you don’t have to be that expressive and you can tone it down. So, that was a challenge but it was a fun challenge.

Phillip: I absolutely agree with Madalen. So I haven’t done that much Broadway, but I have done the Westend, which is our equivalent, and you have to be big because everyone needs to see you, but when you do the camera because the lens is so small, you can just give everything to the camera. I remember shouting Ms. Johnson’s famous line: ‘Get out the way!’ And I remember shouting that and the guy who was holding the boom was like: “oh my god!” That was so loud because I was so used to being big and huge and I didn’t need to be that big. So I did apologize to him afterwards. It’s a learning curve. You kind of learn to temper things. So the more movies I do, the more seasoned I will become.

What was it like to do your own stunts?

Phillips: For me it was really fun. I had practiced driving in the carpark. But when we got on set it is completely different because there are cobbles, there are light stands, and there are people, and the pressure of it increases tenfold. But, it was fantastic. It is nice to be able to rise to the challenge because you have to do all of that as well as the acting part.

Mills: I have to agree with Lisa. It was fun. Especially the flying. We trained for two months. It was really fun to learn how to do the different somersaults and barrel rolls, which is rolling from side to side instead of forwards and backwards. It was just really fun, yeah. 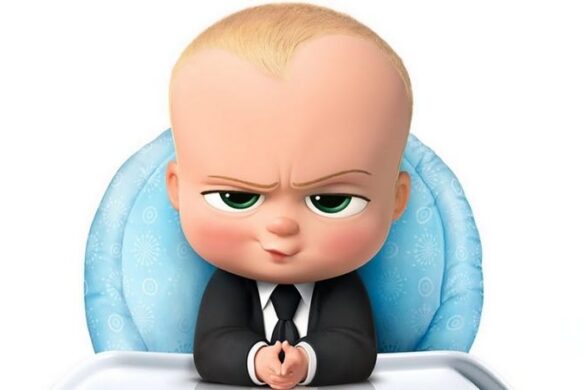