It’s been nearly 35 years since Willow hit the big screen, and since then, Warwick Davis has gone on to star in multiple Star Wars and Harry Potter films. However, while those got sequels, the beloved action-adventure quest film did not. And it wouldn’t be until Jon Kasdan had met with director Ron Howard and Davis on the set of Solo that talks of reviving it would even be a possibility. We’ll see that in the brand-new exciting “Willow” sequel series on Disney+.

ThatsItLA had the chance to sit with their fellow journalists to talk to the cast about the upcoming series at a virtual press conference. At the press conference, Amar Chadha-Patel, who plays Boorman, a devilishly roguish swordsman; Dempsy Byrk, who plays the handsome Arik; Tony Revolori, who plays the brave prince Graydon; Ruby Cruz, who plays the fearless princess Kit; Erin Kellyman, who plays as Jade, another warrior teaching Kit swordsmanship; and Elle Bamber, who plays as the kind cook Dove talked about the fond memories they had with the original, the lessons the series teaches, and more.

The titular series has had the unique opportunity to expand upon its mythology and bring in new fans. But it’s something that almost didn’t happen if Kasdan, Davis, and Howard hadn’t met on the set of “Solo: A Star Wars Story.” And the rest, as they say, is history. At least for the cast old enough to remember what it was like to see “Willow” in theaters. “I’m not as young as some of our youngest younger cast. So I have to hold my hand up and say I was alive when it came out,” Chadha-Patel said. “So, I first watched it when I was about seven or eight years old. And isn’t fit neatly into my upbringing, in the sense that I grew up on escapism and fantasy in ‘Neverending Story’ and ‘The Princess Bride,’ that’s my childhood. So, by osmosis, I don’t sort of imbibe the quality of that kind of film.”

While “Willow” brings a newfound quest for the titular character and his fellowship, the cast had to go through a real-life boot camp to be whipped into shape and make sure that their characters could look like they could survive the perilous journey. “The production gave us on day one a boot camp, a cap hat said, ‘congratulations, you survived boot camp,’ which felt a little premature,” Bryk said.

“Survived is a strong word to use on the first day. It sort of insinuates that it might be chaotic,” added “Chadha-Patel.

As to who thought it would be the most difficult, the cast and Kasdan pointed to Revolori, who plays Graydon. “I mean, look, it was a horse riding that I was really scared for,” he said. “And then I had to  learn the language and learn how to read and write it, but also do everything in the sword training and stuff like that.”

“I think getting to be around someone who’s so good at what he does. And someone who’s such a professional in what they do, watching you be able to just switch it on and off, which is something I really struggle with, I really admire you for that,” Cruz said about Davis’ on-set integrity. “Coming in, you just walked on set, and then suddenly, you’d be like in the most emotional state, or you’d be like cracking one-liners the entire time.”

“So that I think it was just being around you and getting to witness you in your element was really cool,” Cruz added.

“Willow” marks the second time that actor Erin Kellyman has worked on a Lucasfilm-related project, with “Solo: A Star Wars Story” being the first. And it is also the second time she has played a strong character with an intriguing arc. So, naturally, she was asked what made her return to work on “Willow.” “I don’t ever want to stop playing these badass women. I think they’re all so multilayered,” she said. “And I love trying to pick them apart and understand them.”

“I think Karli – her character in “The Falcon and The Winter Soldier” –  was super hard to understand because she does a lot of messed up stuff. But Jade, I think, has been the person I’ve put the most work into,” Kellyman added. “I think me and Jon had the time to really go back into the past and created that space where we could make time, and I could understand her a bit more.”

And Revolori echoed Kellyman’s sentiments. “[Jon Kasdan] wrote every single character to have multiple layers,” he said. “We all got to play and have fun with them. And they’re very unique. And I think beyond it just being a family-friendly thing, you can sit around with your family and watch and point and go, you’re like him, you’re like him, or her or whatever it may be. So I think that relatability and the idea that these are flawed characters, and we grow through it, and maybe they can empathize through it a little bit.”

And one of Patel’s favorite things about Kasdan’s character work was that nobody “has it all figured out.” “It’s also about us figuring out what the hell we’re doing. And so I was thinking that we know and not knowing, and that couldn’t be more true than with my own feelings,” Patel added. “And I think seeing that reflected back in a big magical world is going to be really charming.”

Byrk agreed. “He is really presenting different philosophies and ideologies that are all sort of equally valid, and sometimes there’s just no right answer,” he said about Kasdan’s scripts. “And I feel like today, for a younger generation, that’s a really confusing thing to be like, ‘well, I feel this, and then you feel that, and maybe nobody’s right. Maybe, it’s just okay to have different opinions.'” 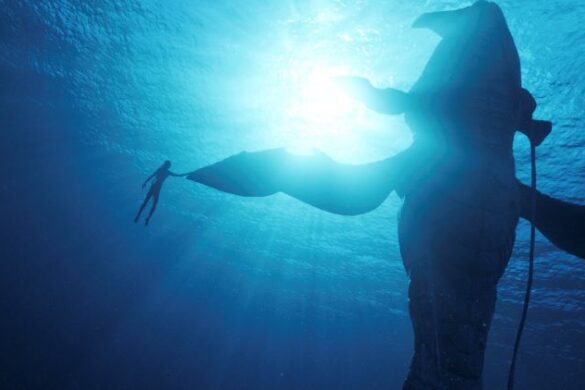 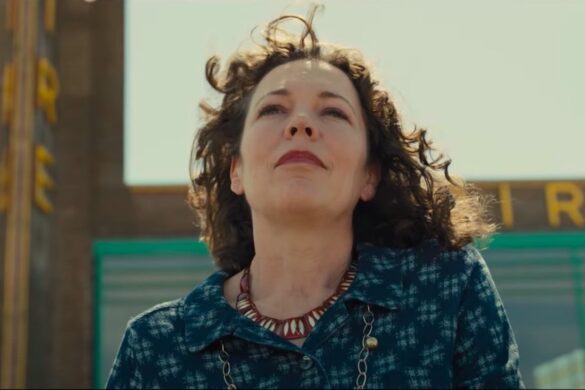