Production for Obi-Wan Kenobi is set to begin in April, a brand-new prequel event series that centers on the legendary Jedi knight and his days in exile on the desert planet of Tatooine. Ewan McGregor returns to reprise the role that he made famous in “The Phantom Menace” and continued to play throughout the prequel trilogy until “The Revenge of the Sith” in 2005. Hayden Christensen also returns to play as Obi-wan’s former best friend and fallen Jedi apprentice turn Sith Lord Darth Vader. And Joel Edgerton is back as Uncle Owen. 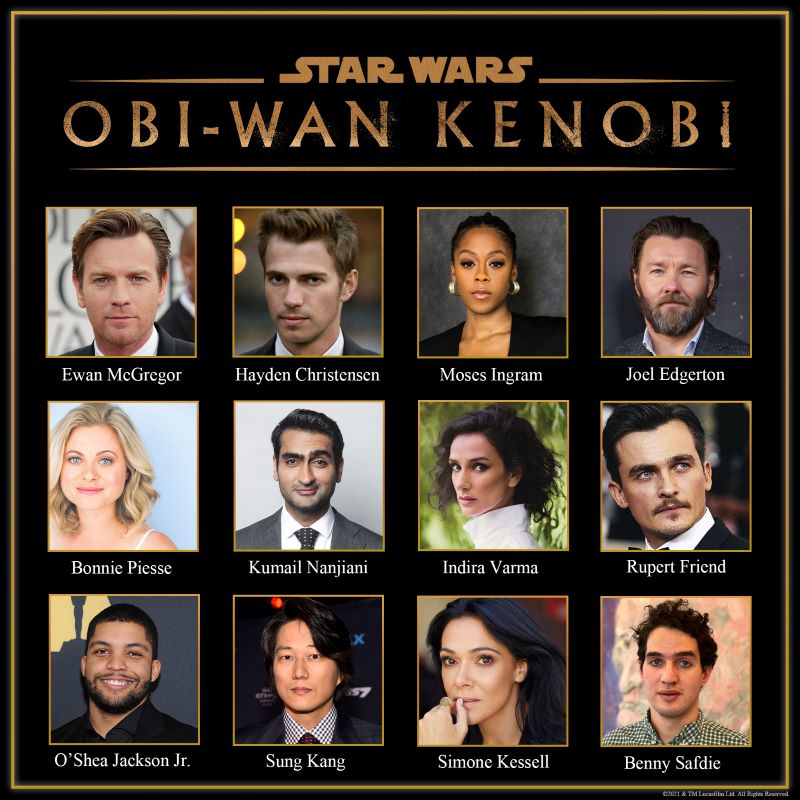 But that isn’t the only surprise announcement about the cast. Sung Kang (“Fast and Furious” film franchise) also joins the cast, as well as “Uncut Gems” director Benny Safdie, and “Silicon Valley” and “Eternals” star Kumail Nanjani. It will be interesting to see how Safdie fares in this, considering that he is the last person you’d expect to see in a Star Wars title. But it will be fun to see him play in the Star Wars universe nonetheless.

Moses Ingram, Bonnie Piesse, Indira Varma (“Game of Thrones), Rupert Friend, O’Shea Jackson Jr. (“Straight Outta Compton), and Simone Kessell round out the cast. While it is not clear who they will play, the cast of “Obi-Wan Kenobi” is one of the most diverse to be in a Star Wars title since “Rogue One: A Star Wars Story.”

Though the details on the series are vague, the press release did provide a small tease of what to expect from the event series. According to it, “the story begins 10 years after the dramatic events of “Star Wars: Revenge of the Sith” where Kenobi faced his greatest defeat, the downfall and corruption of his best friend and Jedi apprentice, Anakin Skywalker turned evil Sith Lord Darth Vader.”

In 2019, Lucasfilm president Kathleen Kennedy teased a showdown between Obi-Wan and Anakin Skywalker would happen in the titular series during the Star Wars portion of the live-action of the D23 Expo. While a lightsaber clash between the two is inevitable, we probably can expect to see some other surprises along the way. Just how much it will affect the Star Wars canon remains to be seen.

Deborah Chow returns to the Star Wars universe after helming two episodes of “The Mandalorian” to direct “Obi-Wan Kenobi,” which has yet to announce the number of episodes it will have.

“Obi-Wan Kenobi” will debut exclusively on Disney+. We’ll keep you up-to-date on when a release date is announced.