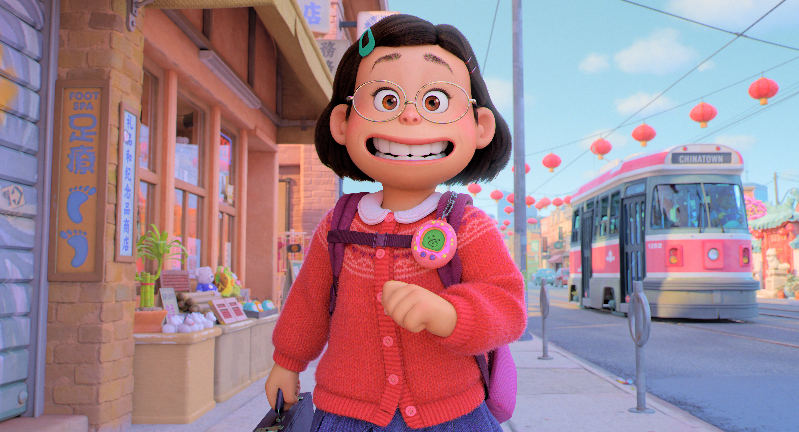 “Turning Red” was released this past weekend and was met with high praise from critics and audiences alike, who saw the film as a relatable coming-of-age animated comedy and a love letter to anime and Toronto, Canada. In the film, Meilin Lee (Rosalie Chaing) navigates the chaos of adolescence while honoring her overprotective and strict mother, Mei. One morning Meilin discovers that she’s turned into a giant red panda and that if she releases any strong emotion, she risks unleashing it.

The “Embrace the Panda: Making Turning Red” documentary acts as a nice follow-up to the film as it goes behind the scenes on the production of the film. In it, you will discover all of the production highs and lows that happen along the way. We also get to see what kind of impact Pixar’s first all-female production team had on the film itself.

Here’s the official plot synopsis for “Embrace the Panda: The Making of Turning Red:”

Disney+ released a trailer and poster this morning celebrating “Embrace the Panda: Making Turning Red,” a feature documentary about the all-woman team at the helm of Pixar’s original feature, “Turning Red.” With behind-the-scenes access to Director Domee Shi and her core leadership crew, this story shines a light on the powerful professional and personal journeys that brought this incredibly comical, utterly relatable and deeply heartfelt story to the screen. “Embrace the Panda: Making Turning Red” is now streaming on Disney+.