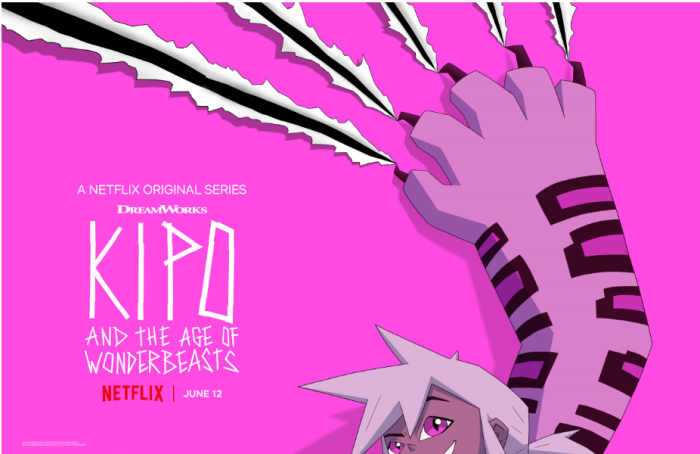 “Kipo and the Age of Wonderbeasts” brought the post-apocaplyptic world of Las Vistas to light. The second season, which will debut on Netflix on June 12, promises to continue telling the story of the heroic young girl in the fantastical world.

The teaser for the second season of “Kipo and the Age of The Wonderbeasts” is available on YouTube. A poster of the Dreamworks animated series is also out and available for download.

Kipo, played by Karen Fukuhara, has spent her entire life living in an underground burrow. In the first season of the series, she emerges to the surface of Earth and joins a ragtag group of survivors who journey through the wonderland filled with deadly but adorable creatures.

The first season ended on a down note. Kipo faces a burrow people under mind control of the nefarious Scarlemagne. Kipo’s father is a prisoner. Kipo needs to learn to master her mute ability powers to save them. Kipo and her friends embark on a dangerous rescue mission which  reveals a past she knew little about.

The cast features Sydney Mikayla from “General Hospital” as Wolf, Coy Stewart from “The Blacklist” as Benson, Deon Cole from “Black-ish” as Dave, Dee Bradley Baker from “Star Wars: The Clone Wars” as Mandu, Sterling K. Brown from “Frozen 2” as Kipo’s father, Lio Oak, and Dan Stevens from “Legion” as Scarlemagne.

All 10 half-hour episodes of the second season of “Kipo and the Age of Wonderbeasts” will premiere on Netflix on June 12.