Top Posts
LUCK Has Plenty of Heart and Likable Characters
Jenny Slate Talks “Marcel The Shell With Shoes...
TRON Night On The Grid Panel At The...
Bullet Train: No Holds Bar Funny Action-Filled Bloodbath
Go on a “Journey Into Storytelling” at The...
Home entertainment Simon Pegg on Finding and Making “Luck”
entertainmentNew 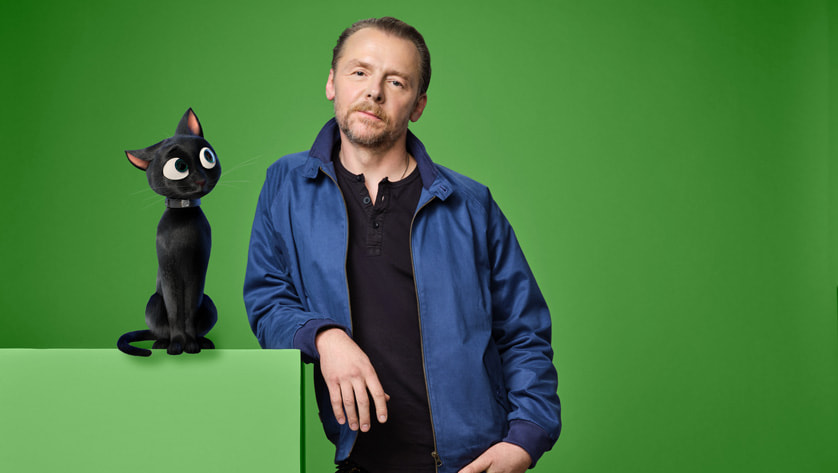 Luck is a chance-based phenomenon that describes the success or failure of one’s action. But in the new full-length animated feature “Luck,” featuring the voice of Simon Pegg, that concept is cheekily turned on its head when the very unlucky but always optimistic Sam Greenfield (Eva Maria Noblezada) follows a black cat named Bob (voiced by Pegg) into the Land of Luck. This place is no ordinary fantastical world as both good and bad luck are created and randomized in the human world.

ThatsItLA talked to Pegg about the idea of Luck, the film’s meaning, and so much more.

Rather than try and visualize the phenomena, the Peggy Holmes-directed film turns “Luck” into a workplace full of creatures like leprechauns, rabbits, dragons, pigs, and unicorns, creating and processing luck before throwing it into the randomizer to be scattered all over the globe. “They were all essentially just punching a clock and working for them quite a mundane place, which I thought was quite funny,” Pegg said.

On the chance to play a character like Bob, Pegg said, “I love getting to do a Scottish accent because my wife is Scottish. So I get in her good books for doing that, as long as I do it well. If I don’t, and it’s the opposite. But, yeah, it was just, it just seemed to be like a bit of a no-brainer.”

Pegg always tries to insert a part of himself into a character, even if it is one as unfriendly and solitary as Bob. “You try and get to give them some humanity. But I think with Bob – I’m a bit grumpy sometimes. I know it’s very probably hard to believe because I’m such a sunny personality. I do get that sort of loneliness. Sometimes he wants to be by himself. And he learns that’s probably not the right thing to do,” he said. “But I can feel like that sometimes. I know what it’s like to be like, ‘don’t bother me right now.’ But I also know the value of having friends, and that kind of support network is very important. Definitely his kind of mischievous side. That was very much me. Slight impatience. I’m more like Bob than I realize.”

While Pegg has plenty of credits in both acting and writing, he doesn’t have any preference between the two. “I really enjoy performing. I love writing, but it’s more like hard work. Performing is like playing,” he said. “Voice acting is strenuous. You think it wouldn’t be because it’s just you in a room and a microphone, but you have to physicalize all your lines, and facial expressions are recorded for the animators to use. So it’s not that different from doing live action. But it is a very, sort of solitary affair, but I love it because it’s great fun, and I like things when it’s all about me.”

Whether Pegg believes in luck, the answer isn’t as simple as yes or not. “I think luck is something that we create for ourselves. I think the idea that something else is in control of our lives, and we don’t have any responsibility for our actions, because they’re all sort of, you know, ordained by something else. I don’t believe that. I believe that luck is what we make,” he said. “So the opportunities come our way, we either convert them into good luck, or we let them go. And that’s bad luck. So I feel like it’s important for us to take responsibility for what we do and not ascribe blame elsewhere.”

However, Pegg believes that there are some lessons to be learned when watching a movie like “Luck.” “It’s quite a positive thing to suggest that you got to where you want to be not through some sort of mystical kind of force moving around, but because you made the right choices, and you did the right thing,” he said. “And I think that’s part of what this film teaches in a really sweet way about, you know, what you put into the world, the positivity you put into the world can often come back at you in the form of what feels like good luck. At the end of the day, it was you that did it.”

“The lovely thing about this film, and I think what I hope young people would take away from it, is that you make your own luck by putting love into the world. And the more you express, the more you get back,” Pegg added. “As parents and obviously undoubted Beatles fans, we remember that line, the love you take is equal to the love you make. And I think that’s really the film’s message for a film about a magical world that creates luck.”

And that’s the kind of message Pegg hopes audiences take away from after watching the film “I think, really, at the end of the day, the characters, they make their luck, and they do so by being the best individuals that they can be,” he said. “That’s the best thing we can teach our kids right now is to be kind, to put positivity out in the world, to treat people as you want to be treated. And you’ll find that that’s when the good luck starts to come back to you, I think.”

Of course, in a world like the Land of Luck, there would be plenty of things that any barred human visiting would want to take home. “There’s plenty of stuff to take from the Land of Luck. You know, there’s the pennies, and there’s all the crystals and dust and all that stuff,” he said. “The great thing about this film, for me, was that, and perhaps one the upsides of lockdown when we were sort of consigned to our houses, was that I did a lot of the voice sessions.

And there would be many benefits to recording sessions at home, but it isn’t nearly as fun as being at a studio. “I do the sessions from home, so if I stole anything, I would be stealing from myself, which would be obviously self-defeating,” he said. But no, there’s plenty of magical stuff in luck that will be fun to have, not least a talking cat.”

Of course, everyone experiences their own kind of luck, good or bad. And “Luck” visualizes a lot of that in humorous ways. But what type of luck Pegg would want to experience comes down to a few choices. “I suppose it comes down to whether it’s a material moment of getting something, you know, like winning a whole bunch of money, or I think you’re lucky in life if you experience real genuine love, whether it’s love that you’re feeling or love that you’re receiving,” he said. “I think that’s always probably the most important one beyond any kind of material gain or, or the idea of just being happy.”

“I think that’s always probably the most important one beyond any kind of material gain or the idea of just being happy. I always think that success should be measured by whether or not we’re happy, rather than how much we have or how much we’ve managed to sort of accumulate,” Pegg said. “If you’re happy, then you’re a success. And if, if you’re if you feel that way, then I think you’re lucky. So, I think it would always be something non-material. Although the temptation is to say a Ferrari.” 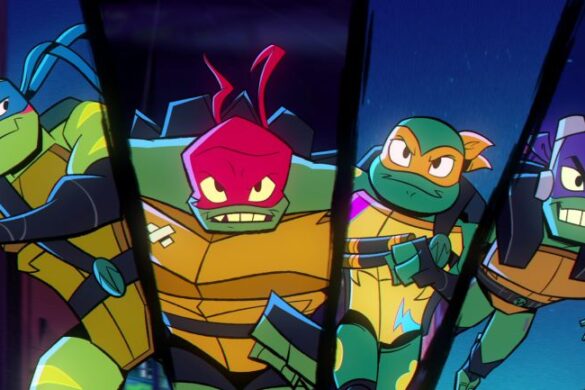 I agree with Simon in that we create our lives; the more we take the reins, follow our passion and trust, the more lucky we seem to become.