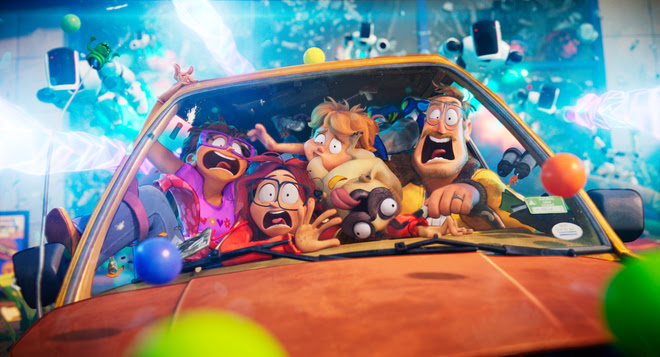 Perhaps one of the saddest things about last year’s film slate is that those who deserved a theatrical release made their debut on streaming services. Take, for example, “The Mitchells vs. The Machines,” a terrific family-friendly technological apocalypse comedy that features a kaleidoscope of animation styles ranging from the contemporary 3D and hand-drawn doodles to create something that feels innovative and visually refreshing.

Although “The Mitchells vs. The Machines” release on Netflix is disappointing, it is a relief that we are getting to see the film at all instead of having to wait longer. And honestly, having a home at the biggest streaming platform possible is the best thing that could have happened for it.

“The Mitchells vs. The Machines” is another animated feature from producers Phil Lord and Chris Miller. Their other films like “Cloudy with a Chance of Meatballs,” “The LEGO Movie,” and “Spider-Man: Into the Spider-Verse,” have proven that they have a deft hand when it comes to the film medium. Many of their efforts have pushed the envelope when it comes to animation. So “The Mitchells vs. The Machines,” directed by Mike Rianda (Gravity Falls), isn’t any different. And just like those efforts, it has a story full of heart and humor, not to mention a timely message about our dependency on technology and finding that balance between screen time and face time.

The film opens with a sprawling, action-packed shot of The Mitchells, an awkward and quirky family, who are humanity’s last hope for survival. But they aren’t the typical heroes you might see during the robot apocalypse. None of them are equipped to take on a fight as large as this as their over-the-top screaming and shouting would imply.

“The Mitchells and the Machines” then flashbacks a few days earlier to when Katie (Abbi Jacobson) is getting ready to leave for college at film school in California. Considered to be the black sheep of the family, Katie believes that she finally has found her people who share her passion because they share a love for making movies and appreciate the homemade craftsmanship of her films – especially the ones where the family dog Monchi stars as a canine cop. But this rite-of-passage hits the parental unit hard, none more soon than Rick (Danny McBride), who loves her daughter but can’t connect with her or understand her love for art. Linda (Maya Rudolph) is supportive of them both and encourages them to meet halfway. And then there’s Katie’s younger brother Aaron (co-writer and director Mike Rianda), who has a deep passion for dinosaurs and wants to share that with everyone he calls in the phone book.

But the family troubles start when Rick decides to cancel Katie’s flight to film school and turn it into a road trip for some family bonding time. Not only is she missing some of the most significant moments in her college life, like orientation, but this road trip also means that she must spend more time with her family. And because of the disconnect, Katie doesn’t want to have any part of it and is eager for the trip to end soon.

It’s only when the family is forced to stick together when the robot apocalypse happens when an angry AI known as Pal (Olivia Coleman) starts to abduct humans by exploiting their dependency on technology by turning off the Wi-Fi. As the madness spreads across the globe and robots start to capture more humans, but with some dumb luck, The Mitchells elude their captors.

Part of what makes “The Mitchells vs. the Machines” resonating is not how it presents itself as a film warning its audience about the dangers of our technological dependency and how it is leading to a lack of human interaction, but what people can do to meet halfway and the discoveries that await the parties when they do. Having Katie and Rick represent those polar opposites in the family unit was a great way to send that message. Their relationship serves as the beating heart of the film as Katie can only express herself with her art and creations using technology. At the same time, Rick is more hands-on as he likes to use an assortment of tools. Of course, the reality of it all is that they have a lot more in common than they think.

And “The Mitchells vs. the Machines” never gets heavy-handed with that message and uses that more as a subplot for the bigger picture of the dysfunctional family coming together at a time of massive crisis. In a way, the robot apocalypse is just a catalyst that helps family bonds grow stronger when they are weak.

Of course, that is not without its challenges, as Katie and Rick’s differing personalities make the act of survival difficult. Rick isn’t tech-savvy as Katie, while Katie is so eager to get away from her family that it blinds her from seeing that her dad wants to spend more time with her before she leaves for college. And things become more problematic when robots can track the Mitchells’ movements.

Of course, now that Pal and her robot pals can track them, it sets up for some incredibly fun and hilarious action set pieces. One of the best happens during the second act where the family must active a kill switch using Pal technology, and the family has to fend off against household appliances and an army of Furbies led by their world’s largest Furby.

Much of “The Mitchells vs. The Machines” takes place from Katie’s perspective through her use of homemade films. Though they could have been just simple cut and paste jobs, Katie has an innovative way of telling her story. The visuals are gorgeously eye-popping and have an animation style is reminiscent of “Spider-Man: Into the Spider-Verse” that is filled with hand-drawn notebook doodles and tangible puppetry. This doesn’t only speak to Katie’s quirky personality, but it is a reflection of the Mitchells’ family dynamics – that they may have these superficial differences when it comes to expressing themselves; deep down, they do love each other.

And while the misunderstood family who said something they didn’t mean is the source of the drama and angst during the climax, it is how “The Mitchells vs. The Machines” manages to tell that in a new way through the animation lens and use of contemporary humor. The film likes to poke fun at how we as humans rely on technology and how it defines us – this especially comes through when Pal turns off the Wi-Fi, and everyone goes stark-raving mad that they cannot share photos of their food on their social media.

In a perfect world, “The Mitchells vs. The Machines” would have been released in a traditional theatrical manner. But that all changed when the pandemic hit. As such, Sony, the film’s distributor, needed to find a way to get the film out into the world as soon as possible. And releasing it on Netflix was the best option because now they can give it to the audience on the biggest streaming service out there. And though that does change how we watch it, it doesn’t necessarily change the quality of the film.

“The Mitchells vs. The Machines” is a charming and heartfelt feature with a kaleidoscope of animation styles blending together for a visually stunning spectacle. It may be over-the-top zany, but it has humor and heart, and just like Katie, it embraces its quirkiness and is not ashamed to show it off in its own unique ways.

It also should be noted that “The Mitchells vs. The Machines” is the first major mainstream animation film to feature a lead protagonist who is queer.  And for what it is worth, it’s not queerbaiting but something that feels right and is an intricate part of Katie’s story. It’s comforting to see how the film treats this as something normal and not something that needs to be addressed outright. Instead, Ricky and Linda embrace their daughter’s identity and continue to give her the love and support that she needs. As such, it gives the kind of representation to a community that has gone underrepresented for far too long.

While “The Mitchells vs. The Machines” is another dysfunctional family comedy, it separates itself from its predecessors with honesty, humor, and representation. Of course, not every family is perfect, but Rinada and co-director Jeff Rowe find a way to balance its multiple tones convincingly and make “worst family of all time” one of the ones we can relate to the most. 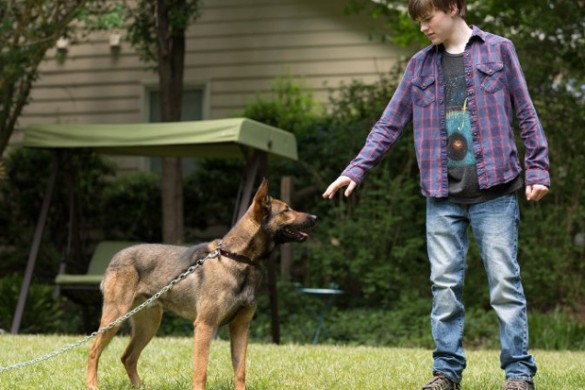 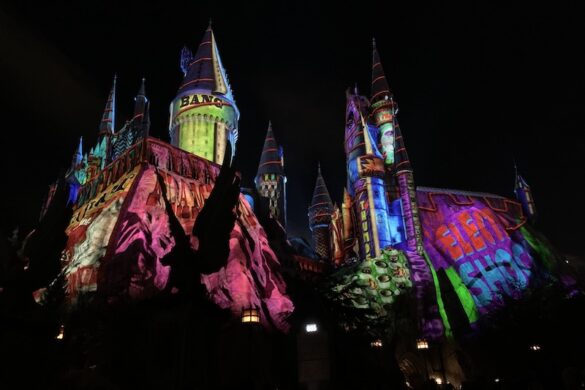