I love everything about Paddington Bear, the coat, the red hat, the suitcase and his love for marmalade. He’s a classic storybook character who first appeared on the shelves in bookstores in 1958! He’s still delighting children across the globe and will make his big screen debut later this year. The Paddington trailer looks adorable!

Based on the beloved children’s book by Michael Bond. Arriving this Christmas!

From the beloved novels by Michael Bond and producer David Heyman (HARRY POTTER), PADDINGTON tells the story of the comic misadventures of a young Peruvian bear who travels to the city in search of a home. Finding himself lost and alone, he  begins to realize that city life is not all he had imagined – until he meets the kindly Brown family who read the label around his neck that says “Please look after this bear. Thank you,” and offer him a temporary haven. It looks as though his luck has changed until this rarest of bears catches the eye of a museum taxidermist.

We hope you enjoyed the new Paddington trailer! 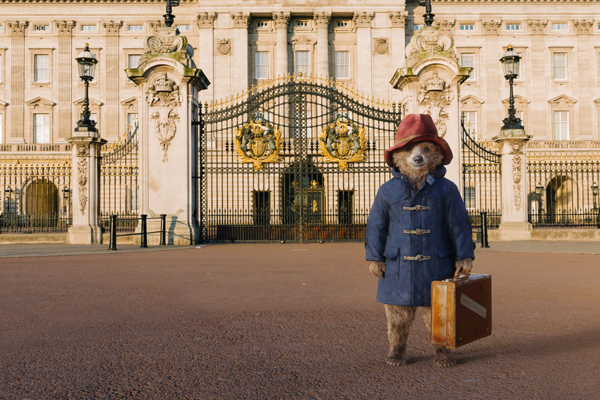