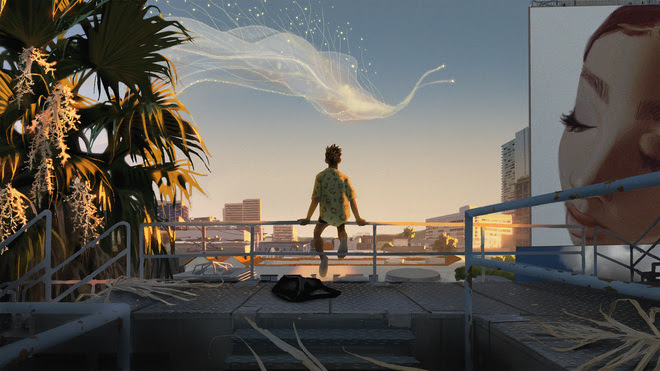 “The Witch Boy,” a New York Times best-selling graphic novel by Molly Knox Ostertag, will be adapted into a film by one of the biggest streaming platforms in the industry. Netflix announced the musical animated feature will be directed by Oscar-nominated director Minkyu Lee (Adam and Dog), who uses a script written by Maria Melnik. As is that weren’t enough, three-time Grammar award-nominee Haim is attached to write music for the film.

The coming-of-age film is set in a magical community that establishes gender-based rules where girls are born to be witches and boys grow into shapeshifters. Aster is surprised to discover his emerging, but is drawn towards being a witch. When a mysterious danger threatens his world, Aster must embark on a journey to uncover the truth behind himself, his powers, and everything that is magical.

Here’s what Lee had to say about “The Witch Boy.”

“It has been a life-long dream of mine to create an animated film that pushes the medium forward, both in content and form. The connection between this dream, my experiences, and Aster and Juniper’s story is what draws me to this film every day. I am grateful to be creating this with the wonderful team at Netflix. My hope is that this film, by celebrating queerness and “otherness”, will come to audiences around the world as something truly special.”

Lee may not be a household name when it comes to animation, but he has been in the industry for a long time. He worked as an animator for Disney on “The Princess and the Frog,” and as a visual development artist on “Wreck-It Ralph.” But he got everyone’s attention when came out with the Oscar-nominated “Adam and the Dog.”

As for the music, Haim, the Los Angeles-based all-female alternative pop band will write the music.

Here’s the official plot synopsis for “The Witch Boy:”

In a secret, magical community where girls are born to be witches and boys grow into shapeshifters, Aster is surprised to discover his emerging and extraordinary witch powers. When a mysterious danger threatens his world, Aster must embark on a journey to uncover the truth behind himself, his powers, and everything that is magical.

Netflix is well past emerging as one of the best animation studios on the block. Films like Klaus have shown they have what it takes to compete with studio rivals with a legacy of animated hits. If you don’t believe mean, then check out Glen Keane’s fantastically animated Over the Moon on Netflix.

No word yet on when “The Witch Boy” will make its debut but based on the behind-the-scenes crew, this will be something worth watching and hearing.