Moana sails into theaters on Thanksgiving Weekend beginning Wednesday, November 23, 2016. It’s a tale that explores the Polynesian mythologies and their culture, at a time when they were voyagers traveling across the unexplored sea from island to island.

Over a thousand years ago, Maui (voiced by Dwayne Johnson) demi-god of wind and sea, stole the heart of Te Fiti, the mother island. The power of the heart is said to be so great, that it could create life itself and desired by other creatures. When Maui steals the heart of Te Fiti, he unleashes a darkness that threatens all life as it spreads across the ocean. As he makes his escape he is confronted by Te K, a creature of earth and fire. In the battle Maui loses both the heart and his magical fishhook, and stranded on an island.

A thousand years have since passed. Motunui is the island home of Moana (voiced by Auli’i Cravalho), the 16-year old daughter of Chief Tui (voiced byTemuera Morrison) and Sina (voiced by Nicole Scherzinger). She is an adventurous and smart young girl that is torn between her duty to lead the people of her village one day and the calling of ocean and what lies beyond its horizon. Gramma Tala (voiced by Rachel House) guides Moana to follow her heart when she discovers that her descendants are voyagers and navigators.

The darkness has finally reached the island of Motunui and descends upon the village, causing crops to blacken and driving fish out of the safety of the reef around the island. Moana accepts the task to find Maui so he can return the heart to Te Fiti and save her people and village.

Moana’s quest also leads her to encounters with the Kakamora, small pirate creatures with coconut bodies, Tamatoa, a singing self-absorbed 50-foot crab covered with shiny treasures on his back and the fiery Te K.

Being that this is the first movie to be produced entirely in CG animation, I thought that the film was visually stunning and amazing. They gave life to the ocean by animating it into a character the way they did. It also reminded me of the water creature from the movie, The Abyss. I know that there was some controversy over the character design of Maui, which did not bother me at all.

The casting is done right with actual actors of Polynesian descent voicing the characters, which adds to the authenticity of the film. The chemistry between Auli’i and Dwayne is superb. They are both so funny. At only 15 years old, Auli’i shows great maturity and her singing voice is so good. And who would have thought that Dwayne could sing so well when he sings, “You’re Welcome.” I had totally forgot that he used to do some singing when he was in the WWE.

Lin-Manuel Miranda did a fantastic job on the music and songs. Having Opetaia Foa’i, from the Oceanic music group Te Vaka, and Pasifika Voices added to the authenticity of the music. I’m a fan of traditional/modern Hawaiian and Polynesian music, so I was so glad to know that they were involved with the music. My favorite Te Vaka song is still Pate Pate and Tamahana.

The film  makers really did their research for this movie. It was done so perfectly, from the art and story, to the music and traditions. They really captured the island vibe. I loved how they blended the use of Maui’s tribal tattoos into a mini Maui character. There were parts in the movie that really moved me, to which I have to admit that I got a bit teary eyed, since I have a bit of a connection to the islands myself.

My mother is from Hawaii and I used to spend my summers with my grandparents there when I was a kid. I have cousins on a couple of the islands and my younger sister is living there. I remember when my older cousins would tell me all those tales, legends and myths as a child. A lot of them had to do with respecting the spirits and nature of the islands or risk their anger. Te Fiti reminds me of the fire goddess Pele and when she was angered the volcanoes would erupt and lava flowed, destroying anything in her path.

Some of the funniest scenes involve Heihei the rooster (voiced by Alan Tudyk). That is one strange rooster. Tamatoa (voiced by Jemaine Clement) is weird, fun and bad, but in a good way. *Spoiler Alert* (You have to stay to the end of the credits for an extended scene of him.)

After watching the movie, I couldn’t help but draw a comparison between Moana and Mulan. Both are daughters with strong connections to family, their culture and spiritual guides. The quests they take on are different, yet they are similar in terms of their growth in life. They learn to become leaders and gain strength in a time where girls would not be thought of as an inspiration.

The short that plays before the Moana feature is called Inner Workings of the Human Body. This is such a fun short with a very nice animation style to it. There are times when I feel the same way as the main character in this short. Make sure to arrive early for this unique journey! 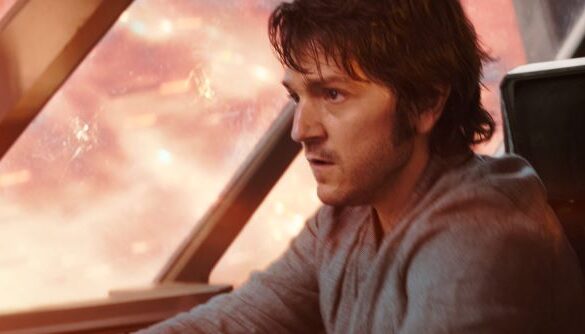 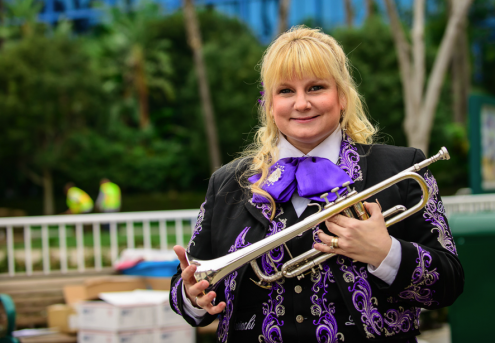