Top Posts
LUCK Has Plenty of Heart and Likable Characters
Jenny Slate Talks “Marcel The Shell With Shoes...
TRON Night On The Grid Panel At The...
Bullet Train: No Holds Bar Funny Action-Filled Bloodbath
Go on a “Journey Into Storytelling” at The...
Home entertainment Lightyear Explores The Man That Inspired The Toy
entertainmentNew

Kids remember what it was like to get their first toy, especially one that’s based on their favorite movie. No matter the genre, that toy would redefine playtime for the kid. The “Toy Story” films gave us some of Woody’s history as a TV character, Pixar fans don’t know much about Buzz Lightyear other than that he’s an action figure – or child’s plaything. That is until director Angus MacLean pitched the idea to make the origins story about Lightyear, the space ranger and present to the audience as a Sci-Fi epic. And it worked. 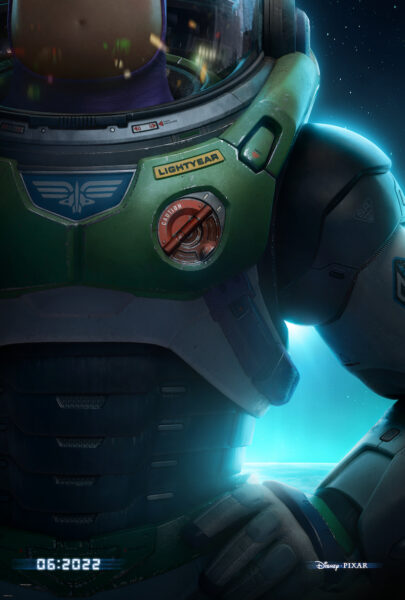 ThatsItLA got the chance to participate in a virtual press conference for a preview of “Lightyear,” where MacLean spoke about making the movie about the movie that Andy watched when he was a kid and exploring the man that would later inspire the toy.

For fans who’s been with Pixar since the very beginning, they were first introduced to Buzz when “Toy Story” was released in 1995. The character was a no-nonsense by-the-book space ranger who wasn’t aware that he was a toy. “Well he’s a square character who doesn’t takes himself very seriously, and he sees himself as kind of this action hero character,” MacLean said. “I was always drawn to his is kind of straight man square demeanor, his focus, and how the comedy kind of derived from his over seriousness for the job. And so that was something that was as a fledgling animator was fun to animate, because he could be so rigid.”

Buzz’s rigidness proved to be more of an asset when to MacLean, as he gravitated towards animating those type of characters. “It’s helpful when you’re new animator to not to animate rigid things, and then really loosey goosey things. For example, Woody was a lot harder to work with,” MacLean added. “I always gravitated towards bugs because like robots, and he kind of was like a robot. And so, I think there was some visual fun about the character itself. And internally, he always struck me as a self-serious kind of square character that we try to maintain.”

Of course, that unforgetting heroic chin plays a role in defining the character, but MacLean wanted to dig a little deeper to find out more about the man that wears the space ranger suit. But they discovered they didn’t have much of a mythology at their disposal to develop the character. “I think that that was the interesting thing for me about telling the movie is how do you how do you take a what is meant to be kind of a stereotype of this lantern jawed hero and make it interesting for a feature. So much of the comedy from the Toy Story movies is working against that, that genre of this, this can do superhero and seeing him fail. And so we want to find a way to make that interesting and sustainable for 90 minutes,” he said. “By giving him more texture and more nuance, there’s not actually that much about Buzz’s world that we learn about in the Toy Story films.”

So, MacLean and the rest of the creative teams went to work that would give the character his mythology while also making Pixar’s first Sci-Fi epic. “We made a list of all the things that we needed. And then we wanted to find more truth. So, what we’d expect for the genre, what would you kind of want to see.

Of course, since many of us associate Tim Allen’s voice with Buzz Lightyear, there will be a few “Toy Story” fans who question the change. “Because the voice is so iconic, you run the risk of, of imitation. And I never wanted a someone that was going to imitate that that character voice, but I wanted something to be different,” MacLean said. “The complexity of the timeline of it is that there is more information than you probably wanted. As I imagined this was a movie, that then later there was a spin off cartoon. And then the ‘Toy Story’ toy was made off of that cartoon design.

That’s how things were back in the late 80s and early 90s. Whenever there was a giant success, it was usually followed up with toys and a kid-friendly animated spinoff. “It’s not diminishing anything, but it does feel like the events of what happens on the back of the package for Buzz Lightyear don’t happen in this movie. And that’s like a future story,” MacLean said. “So, I wanted somebody who was not going to be goofy and funny, like because the character, it is so hard to make a character that is a side character to a main character, you need to kind of like step back and rethink a little bit.”

Knowing what Buzz needed to be like for his movie, MacLean wanted someone who “was iconic enough that you needed someone with the gravitas and seriousness and the balance of comedy and drama.” So, they looked to their first and only choice, Chris Evans. Impressed by his ability to not seem too goofy but also can laugh at himself, the director thought Evans could “handle the action stuff and is in the comedy of this.” “He had played a character that was a square lantern-jawed hero that was out of time. This is a different character, but you could see how the trapped in the future he doesn’t recognize. He plays that very comedically well, and what would play it at a level that was subtle, taste wise,” MacLean said.

MacLean explains that he “wanted to branch off and get away from the Toy Story universe. So that so that it exists on its own” adding “if you remind the audience of it being a movie too much, then they stop caring about the peril of the characters.”

Of course, that didn’t stop the director from worrying how everything would have turned out. “The thing for me was, because I’ve worked with the character for so many years and had my idea of what the character was in my own head aside, there’s like the movie and it was like, what I what I took from it,” MacLean said. “And so, because although I didn’t work on the original ‘Toy Story, I worked on the second and third one so much, it wasn’t like a feeling of, ‘Oh, am I gonna mess this up or not?’ It’s like, I only need to focus on making a good movie. And within the confidence that I felt like pedigree wise, I didn’t worry about like, ‘what business do I have working on the movie.’ It was more like ‘how do we make sure that the movie is really really fun and really great.’

Ultimately, MacLean’s North Star ended up making a movie where the audience liked it and had a great time watching it. “It should feel like it felt like when you were as a kid drawing on notebook paper arguing over how to make a spaceship.” And like any kid doodling a spaceship you give it blasters, fins, or even spikes. The director compared that memory to “Lightyear’s” filmmaking process. “It was a fun project that the excitement for the film only built on itself,” he said. “The challenge was huge. But people came to it because they recognize what kind of movie we were making. And it was a movie that they were excited to see, they usually are. But this, this one has had a different kind of angle to it.”

Considering that toys and classic Sci-Fi movies are a part of our nostalgia, MacLean figured out a way how to tie it into “Lightyear’s” story. “I wanted the whole film to be kind of about nostalgia. And from a certain point of view because that’s where I was coming, but then also trying to figure out how half forward to create something new,” he said. “And that’s kind of what I was saying about what I was worried about with connecting to the ‘Toy Story’ universes having that be a departure point, but then trying to make a new story out of it that would feel classic, and a combination of those things.”

While these films take a long time to make, somewhere north of four to five years, filmmakers are always trying to find the universal truth that connects with the audience. “I think that the value of ‘Toy Story’ is the characters and the unforgettable message that we can relate to,” MacLean said. “No Toy Story was the first animated CG animated film, and I think that had it not had such a strong story, it might not have been as recognized as it was.”