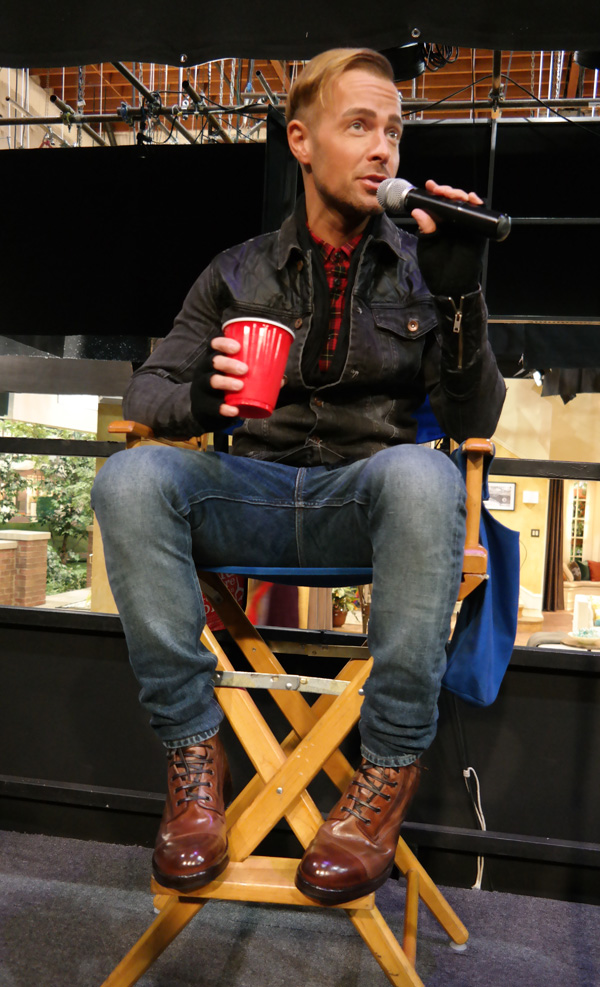 Joey Lawrence has been in show business for the majority of his live. Starring as Joey Russo in the popular TV Series Blossom, he charmed us as a 90’s teen heartthrob with his good looks and long locks. Joey is now 38 and a married dad of two as he still shines in Hollywood. His latest acting role is on the hit show Melissa & Joey on ABC Family.

I met with Joey on a blogger set-visit where we watched him rehearse for a scene along with his awesome co-star Melissa Joan Hart. Then we chatted about real life stuff. Joey looks great, he’s extremely upbeat and seemed genuinely excited to meet with us. He talked candidly about Twitter presence, politics, family life and who his Hollywood icons are. And for those of you who don’t know, Joey, wrote and sang the Melissa & Joey theme-song.

I did Twitter the old school way. I didn’t hire the social media teams like so many people. I have 157,000 followers but it’s all me. I don’t really tweet that much but I love that I am able to talk to my Twitter followers. They are few but extremely passionate but I don’t think they need to know what latte I’m drinking! My followers have coined themselves Joey’s Angels and they are unbelievable. Anyway, we had a contest give away, where I told my followers to choose a genre and I would write an original song. We put it up on on iTunes and give it away. They chose big band so I recorded it with an 80-piece orchestra at Capital Records.

The song received 129,000 downloads in the first 4 weeks! So, it got me thinking that we should do some music for real. Me and my brothers came together(believe it or not for the first time ever). Andrew, who is the youngest brother, is one of the most amazing guitar players. He’s been playing since he was six, he’s classically trained and he’s an incredible singer too. Plus, my brother Matt can sing his rear-end off. We came together and we’re working on some tunes with a single out this year. We call ourselves Still Three and we are really excited about it. It’s a combination of Cold Play meets Sam Smith with a lot of instrumentation and good hooks.

I keep my private life and my work life pretty separate. I’m not one of those actors that loves to bleed the two together. I  don’t think that one goes with the other. That’s just me personally. I don’t take my kids to premieres. I don’t post pictures on Instagram of myself and the kids.It’s all about me, my work, my fans and the relationship I have with them. I want my kids to have normal lives. I don’t know why they have to go hand and hand.  The path that I want to emulate is of the George Clooney’s, Bruce Willace’s and Harrison Ford’s. Still to this day you don’t hear much about their personal lives.

My daughter wants to try acting but I wouldn’t want her to get caught up the system. It’s not what it used to be. I know it sounds so cliché but it really is so different. Why are parents such idiots in every child’s TV show? I hate that so we watch shows where the parents had something to say. When I last checked, parents know more than kids. We’ve been here and we made the mistakes. That’s how we figured it out. It’s not that we’re gifted because we know more. It’s because we’ve been through it and that’s how we learned from our mistakes so we can pass on the information to them. We watch Full House, Brady Bunch, Happy Days and Family Ties. They had something to say. Parents were fallible but they weren’t idiots. Where as today, literally the kids always know more than the parents.

Melissa & Joey a redo of Who’s The Boss?

The show isn’t that anymore, it’s completely changed it’s not that show anymore but it was the brain child of ABC Family. They thought that idea might work. It was an interesting starting point. The flip was that the guy taking care of the domestic responsibilities was actually over qualified and in some ways was smarter and more grounded than the person he was working for. Tony Danza’s character was bumbling (his character). Joey was overqualified, took a job out of desperation, couldn’t work anywhere else so guilted his boss into hiring him. She was the one who had to try to find her way, a party girl, grew up drinking and trying to get her life together at this time. He already was successful, got his life together and it fell apart. That was the twist on it. A redo of Who’s the Boss of today… that’s where it started.

Politics has always intrigued me because a lot of it is about communication- being opened minded and being able to hear what other people have to say. And to go with your gut. You have to have one! I love this country so much and even in my lifetime I’ve seen so much change and even more now than ever! We are going through such a crazy time. I don’t know what to think about it but it just frightens me on so many levels. My grandfather is 90 he’s seen a hell of a lot. He fought in World War II.  He was on a submarine tender for 17 months where we lost my great-uncle in the South Pacific during Pearl Harbor. Even my grandfather has  never seen it like this where our whole backbone of what we stand for is being challenged right now. We’ve always had our differences internally but I think that externally people are really threatening the fabric of what this country stands for. And now more than ever we have to have a clear, concise plan to follow. We have to have a backbone. We have to rely on what brought us to this point. We’ve made mistakes, there’s no doubt about it, and we’ve done a lot of great things. We’ve done some not great things but I think all-in-all (in my opinion) this is still the greatest country in the world and to my knowledge we are the only super power that has gone into other territories, defeated the evil and then given the territory back to the people. No other superpower has done that! That’s what makes us so unique. We are still doing it this day. I love this place. 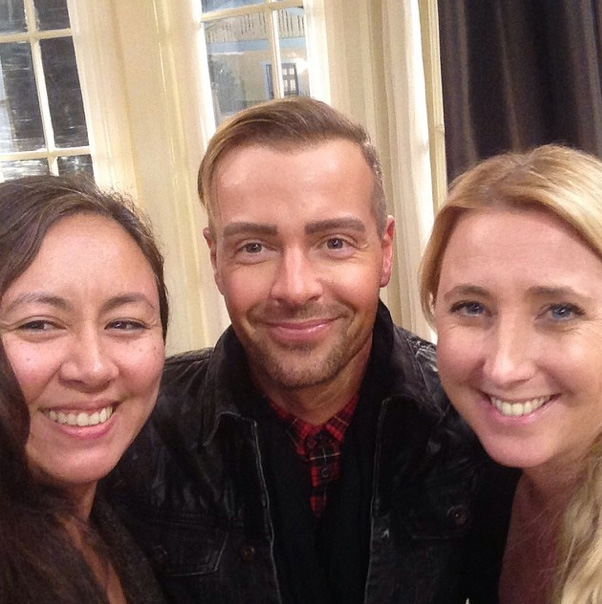 Melissa & Joey definitely have chemistry! Joey said that flossing and a breath mint is important as well as deodorant when preparing for a kissing scene. Joey jokes, “She makes fun of me because she says I smell better than her.”

Make sure to tune-in to the premiere episode on January 17th and click here for a behind-the-scene look at the Melissa & Joey Set! Congrats to the cast for winning a People’s Choice award for favorite cable TV comedy. They will be watching as they celebrated their 100 episode this year!

* I attended an all-expense paid trip hosted by Disney and ABC Family. All Opinions are my own. 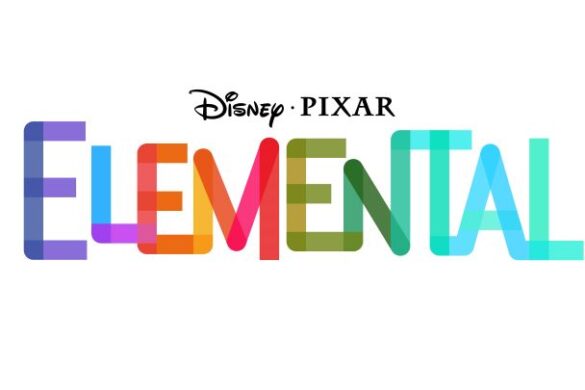